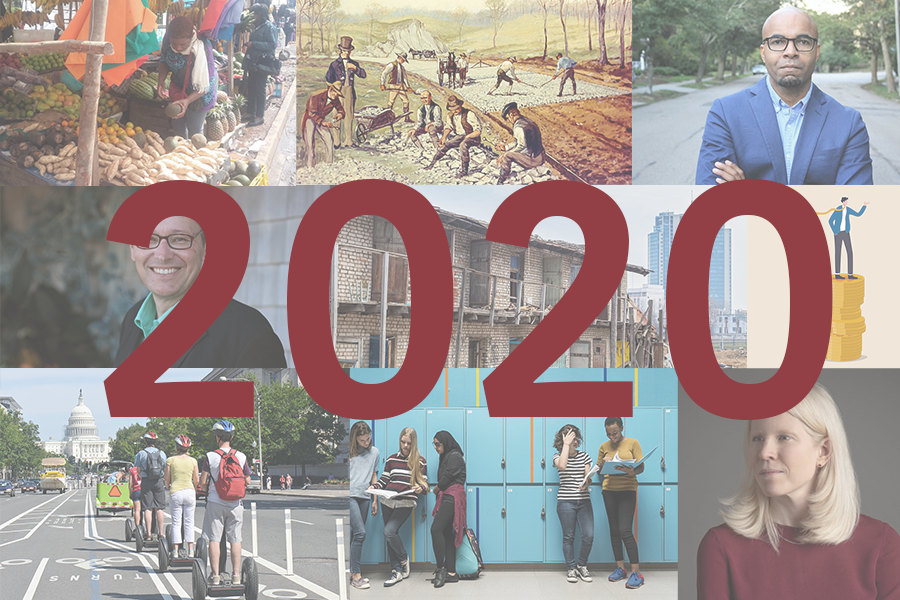 The Research Highlight series provides an overview of current economics research, focusing on why it is interesting and relevant to our everyday lives. The top ten highlights of 2020 cover everything from affirmative action policies in Chicago to how economists should think about racial discrimination to the work of this year's John Bates Clark medalist. You can listen to, watch, and read the most popular research highlights from 2020 below. The rankings are based on overall page views. Check out more on our website.

In the US, admission into selective high schools can seem just as difficult to achieve as admission into top-notch universities. But for all the hard work and stress, economists have found that elite schools don’t really help students academically any more than their less prestigious counterparts. That appears to be just as true for students from more disadvantaged neighborhoods.

Someone was making a lot of money in Kenya's food markets, but it wasn’t the farmers. Food producers seemed to always be selling at bargain basement prices. Meanwhile, individual consumers were paying a premium for staple foods like maize. This wasn’t an issue of government grift. Liberalizing reforms that swept through Africa in the 1980s and ‘90s passed control to the private sector. And yet, market competition didn’t seem to be functioning as it should.

3. The persistence of poverty and insecurity

"We can all agree that forced labor was a horrible thing and had very bad impacts on the people that were coerced but in terms of thinking about how that affects modern outcomes, I think that the process is more complex. You really have to think about how forced labor affects the design of the society and how it gets propagated over time.” – Melissa Dell

“All researchers call upon their intuition and their experience and insights, not just to figure out what to study, but also how they study it. More researchers would study discrimination of multiple kinds if there were more women and minorities.” – Mario Small

5. The anatomy of inequality

"We find that a large share of the increase in income inequality—both labor income and capital income—can be explained by the increasing returns to education. This is a finding that has been documented before. So it's not particularly new. And that's exactly why I think it's concerning." – Florian Hoffmann

The anatomy of inequality

6. "An ambassador of the economics profession"

"Especially when you enter into an undergraduate classroom, the goal of the professor should be to try to present an unbiased view of what the economics profession knows. I view myself as an ambassador of the economics profession, not just representing Greg Mankiw's views, but trying to represent the views of many of my colleagues as well as myself." – Gregory Mankiw

Authors Paul Johnson and Chris Papageorgiou found there’s little evidence that national economies are catching up to their richest peers. Most low-income countries haven’t been able to maintain what growth spurts they’ve had like traditional economic theory would predict.

8. The rise of the service economy

The second half of the 20th century saw world-changing technological breakthroughs, like the personal computer and the internet. Strangely, that progress was accompanied by much slower growth, starting in the early 1970s. This paradox has left economists puzzled and lawmakers concerned about permanently lower growth. But it may not be something to worry about. Part of the story appears to be a natural shift from producing goods to services as countries become richer.

The rise of the service economy

"I was personally surprised that I found the fence deterred migration to the extent it did. At the same time, as I mentioned earlier, it's also not a silver bullet. It's likely no more cost-effective than other technologies that have already been around." – Ben Feigenberg

10. The road to the Industrial Revolution

Economists and historians have identified dozens of factors that laid the groundwork for the Industrial Revolution. They’ve pointed to everything from the development of finance to the growth of cities to cultural changes as reasons for the staggering economic growth the world has seen since it first took off in Britain three centuries ago. But the literal groundwork—the physical infrastructure—of the Industrial Revolution is just as vital to understanding when and where it started.