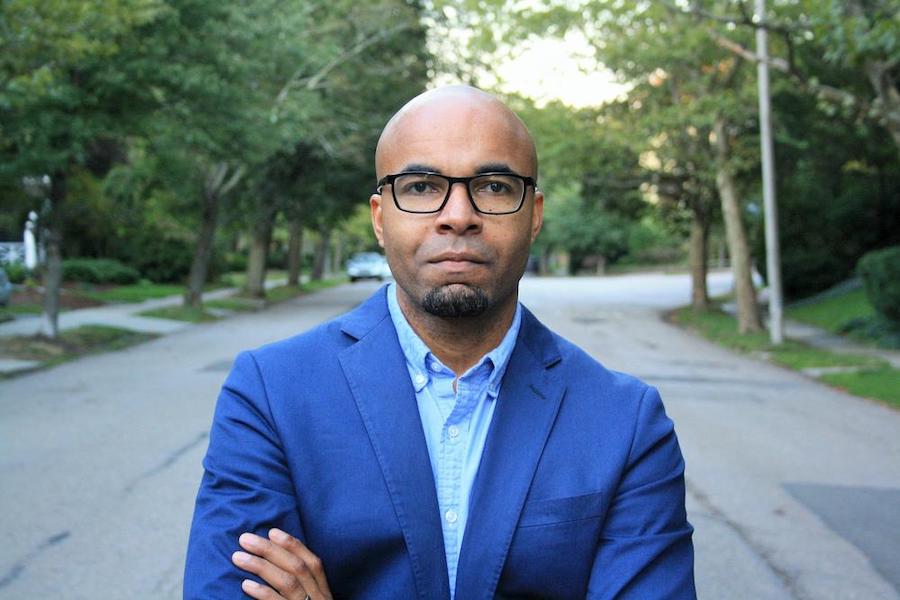 The economics profession is in a moment of racial reckoning.

A field still dominated by white men is rethinking long-held notions about racial discrimination and its impact on the profession. That includes the way that the issue is studied.

Harvard professor Mario Small says that sociology can help. There is a lot about how institutional discrimination works that traditional economic models miss. In the latest issue of the Journal of Economic Perspectives, he and his co-author, the late Devah Pager, say that limiting the study of discrimination to the actions of prejudiced individuals “dramatically understates” the impact on social inequality, on labor markets, credit, housing, and many other contexts.

Professor Small recently spoke with the AEA’s Chris Fleisher about how economists should broaden their notions of discrimination, how the lack of diversity in economics constrains the research, and some big questions he would like to see economists take on.

Mario Small: To help understand it a little bit, it's useful to understand something about sociology that might be different from economics. Sociology is a pretty heterogeneous field. By that, I mean that sociology is pluralistic, not just in the questions it asks, but also in the methods it finds useful in answering them.

As a result, within the mainstream of sociology, there are people who think about questions from very, very different perspectives and who are accepted as asking legitimate questions from very different perspectives, heterogeneity that ends up affecting how they think about discrimination. . . . Because of this expansiveness, there's a lot of creativity in sociology around the kinds of questions people ask. And there's just a much broader way of looking at discrimination.

Fleisher: This was a key point in your paper in the Journal of Economic Perspectives: that economists need to expand beyond these two ways of looking at racial discrimination, the taste-based and the statistical. In what ways are they insufficient?

Small: Both of them require that an individual be making a deliberate decision. The psychological work on implicit bias already shows us that often, without realizing it, we make racially prejudiced decisions even if you don't necessarily want to pay a price to associate or to not associate with a particular group. Even if you're not deliberately making an inference about the individual based on group characteristics, you can end up making a racially prejudiced decision. The other one that is mainly in the domain of sociology is that there is such a thing as institutional discrimination. Both of those perspectives (statistical and taste-based discrimination) require that an individual be the entity discriminating. And it is possible for people to experience discrimination not because of anything a particular individual did, but because of something that was codified into the law or because of something that an organization did.

Fleisher: I'd like to move on to some of the other recommendations, starting with how organizations can discriminate, even if their members are not racist. Can you explain that and why it's important that economists consider this in their research?

Small: In the economics of discrimination, the entity of interest is the actor, the person who discriminates, and I think that makes a lot of sense. But it's insufficient. Many organizations have a practice of hiring new workers by turning to current workers. And they do this sometimes formally, sometimes informally, but by encouraging people who are currently working at the firm to recommend other people to hire. Now imagine a firm that does this and nobody has any racial animus. Suppose also that this organization today happens to be racially homogenous. We know from the research by sociologists who study networks that networks tend to be racially homophilous, meaning that people are much more likely to be friends with people of the same race than with people of different races. So, an organization that's racially homogeneous is going to be encouraging people to recommend friends that are going to end up being of the same race as they are. Out there in the labor market, a person of a different race is going to have much lower odds of getting a job there simply because the referral system is network based. That is a form of institutional discrimination. That is a form of discrimination that is perpetrated either by an organization or codified into law, regardless of the intentions of its current members. For that reason, it seems important to study discrimination beyond deliberate actions to discriminate of the poeple who are currently in it.

If a Black family trying to find a home only gets shown, by a Realtor, homes in predominantly Black neighborhoods, that person would have no way of knowing what would have happened if they were exactly the same but white. Your perception is just not an accurate indicator of actual discrimination. However, I think in the study of discrimination, perceived discrimination is important in its own right for a number of reasons. First, for a number of health outcomes, perception alone, regardless of whether it is accurate, is actually quite important.

All researchers call upon their intuition and their experience and insights, not just to figure out what to study, but also how they study it. More researchers would study discrimination of multiple kinds if there were more women and minorities.

Believing that you were often receiving slights, hearing a lot of comments that were ambiguous, has been shown to be associated with a large number of health outcomes, mental health but also physical health. It also can matter for economic outcomes. If I believe, for example, that a certain set of companies always discriminates against Blacks, I'm not going to bother applying for a job. The question of perception is actually quite important.

Fleisher: The economics profession is overwhelmingly white and male. A survey the AEA released last year showed that only 3 percent of the profession identifies as Black, and it revealed the professional climate was hostile to women and people of color. What effect do you think the composition and climate of the profession has on how economists study racial discrimination, the questions they ask, and the research that gets published?

Small: I think that's a fabulous question because I do think it's likely to play a role. There is going to be people who say if (the profession) is all white, there's going to be more discrimination and they're not going to want to study things. I think that's plausible. I don't actually think that's the most central way this matters. The way it matters is very much analogous to what we've been discussing in the context of sociology. All researchers call upon their intuition and their experience and insights, not just to figure out what to study, but also how they study it. More researchers would study discrimination of multiple kinds if there were more women and minorities.

But I think the how is just as important. I think it's very easy to fall back into their traditional perspectives in the discipline, particularly taste-based and statistical-discrimination, which is a very, very flawed idea from many perspectives. But it's easy to fall back on that if you have no reason from your intuition or experience to decline it. Whereas, if you yourself can tell that being in the office and hearing ambiguous comments is affecting how stressed you are, you're much more likely to think about perceived discrimination as having an impact on your mental health, and therefore on your productivity. And so you might ask different kinds of questions. Or if you have experience with trying to find a home and only being shown certain kinds of neighborhoods, it's much more likely to occur to you that something is happening that you might not have access to than if there's never any reason for this to emerge as a possibility in your own life.

Fleisher: Howard University economist William Spriggs posted an open letter on the Minneapolis Fed’s website that urged economists to reflect and rethink about how they study racial disparities. He concluded his letter saying that he hopes economists “will not chase endlessly for the right instrument to identify some narrow policy goal that on the margin might lift wages by 2 percent, all else equal, but again ask the big questions about understanding the institutions that created our massive inequality.” What’s a big question you’d like to see economists take on?

Small: I guess I can think of more than one. I would love to see really good work by economists and using all of their tools on the connection between perceived discrimination and the multiple non-economic, often mental health, outcomes likely to have an impact on productivity. I bet you would see strong relationships and associations that people haven't thought of. I would also love to see more serious work with institutional discrimination.

I do think there's a bit of an obsession with narrow instruments over big questions, so I actually agree with that point. But I think even if you wanted to be in a world where identification and getting it right is the most important thing you're worried about, there's still ways of doing so while tackling large-scale questions rather than pursuing narrower aspects of discrimination.

"Sociological Perspectives on Racial Discrimination" appears in the Spring issue of the Journal of Economic Perspectives.

Other fields in the social sciences have been increasingly citing economics research. Has economics become more outward-looking, too?