The rise of the service economy

Structural changes are reshaping growth, interest rates, and investment in the world’s economies. 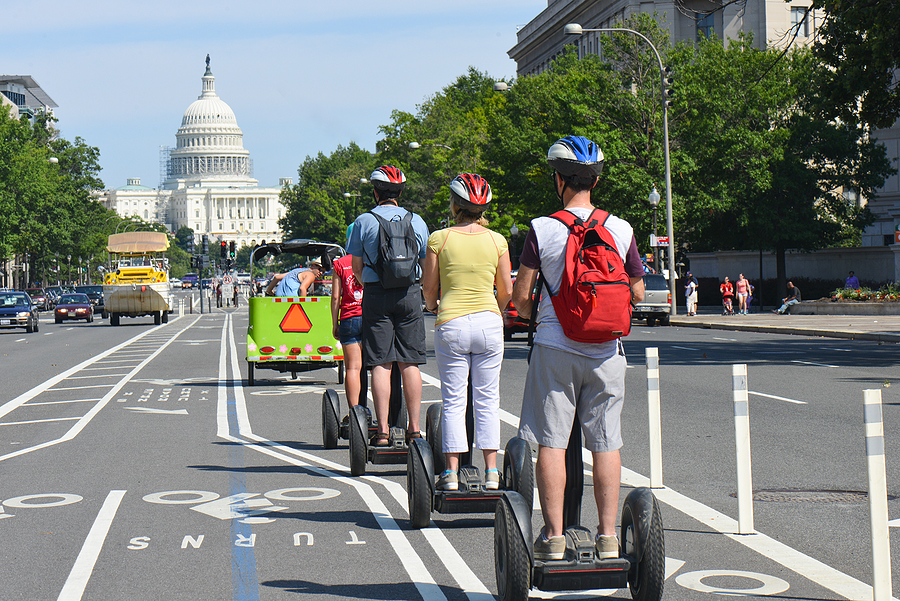 Tourists ride to see the Capitol Building in Washington, DC. Tourism is an important part of the service sector.

The second half of the 20th century saw world-changing technological breakthroughs, like the personal computer and the internet. Strangely, that progress was accompanied by much slower growth, starting in the early 1970s.

This paradox has left economists puzzled and lawmakers concerned about permanently lower growth. But it may not be something to worry about.

Part of the story appears to be a natural shift from producing goods to services as countries become richer, according to a paper in the October issue of the American Economic Journal: Macroeconomics.

Authors Miguel León-Ledesma and Alessio Moro said that this structural change has enormous consequences for not only overall productivity but several other facets of the economy.

“I think this is a first-order question that we need to understand in macroeconomics,”  Moro told the AEA in an interview. “There are very many implications for employment, growth, trade, and monetary policy.”

Structural changes have regularly occurred since the industrial revolution. They happen when people move from one sector of the economy to another. Historically, craftsmen and skilled artisans gave way to assembly workers in mass production, lamplighters lost their jobs when cities were electrified, and so on.

The growth rate is important for the economy, but that statistic alone is not telling you too much.

Today, more people are working in the service sector than ever before.

To study the impact of this structural change on the US, the authors use a two-sector model—goods and services—and matched it with National Income and Products Account data. In particular, they looked at how the shift from goods to services has affected growth, interest rates, and investment, among other variables.

Critically, an idea known as Baumol’s cost disease is at the heart of the researchers’ work.

This theory argues that because economies are more productive when it comes to making cars, TVs and other manufactured products, services will become ever more expensive compared to goods. It’s one explanation for why the price of health care and education only seem to go up.

The cost disease and less appetite for increasingly more goods explains why rich countries' spend so much on services and, as a result, why their growth is slower, according to the authors’ model. As seen in the US data, growth slows down as more and more of the economy shifts to the lower-productivity service sector.

Their model matched up quite well with other features of America's postwar economy. It showed a decline in real interest rates—a long-standing puzzle—and increase in the ratio of real investment to output over the last 70 years.

This basic story about 20th century US growth also sheds light on the current development of poorer countries.

Cross-country services and investment
The chart below shows the capital-output ratio in purchasing power parity (y-axis) and the consumption share of services (x-axis) for countries in the International Comparisons Program dataset. The years included are 1980, 1985, 1996, 2005, and 2011. The red line shows the best fit of the data and the dashed blue line shows how close the authors' model matched. 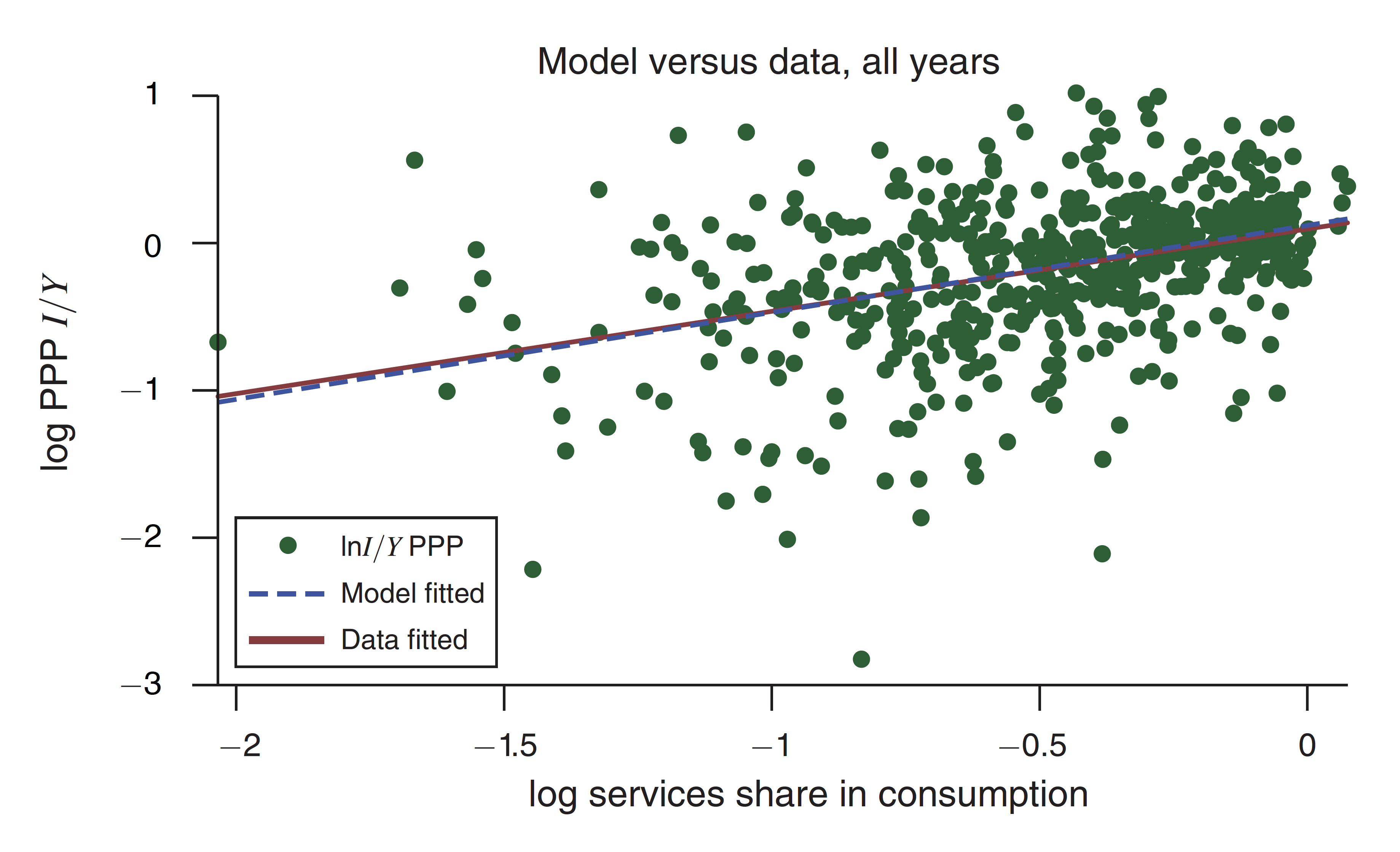 Some economists worry that investment rates are too low in developing countries. But through the authors’ lens—confirmed by cross-country data—it appears that they are just at different stages of structural transformation along the normal path to development.

The authors’ work shows that other economists can use their results to better understand the byproducts of the growth process. But it also sends a message to policymakers that overall growth rates don't tell the whole story.

“The growth rate is important for the economy,” Moro said. “But that statistic alone is not telling you too much, especially if you want to compare your performance to the past in which the structure of the economy was different.”

“The Rise of Services and Balanced Growth in Theory and Data” appears in the October issue of the American Economic Journal: Macroeconomics. Subscribe to the monthly Research Highlight email digest here.

How do investments in the service sector affect economic growth in developing countries?