Are poor countries catching up with rich countries? 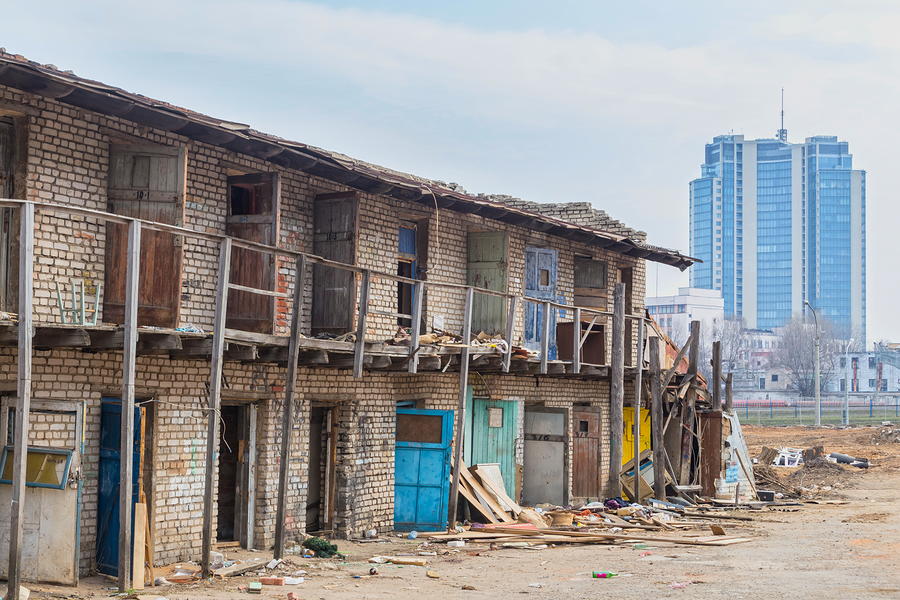 The economies of today’s wealthiest nations raced ahead of the rest of the world about two centuries ago. That event initiated a new era in economic history, one defined by growth.

More recently, countries like Japan seem to have successfully copied this playbook, and it appears others like China are following suit. But unfortunately those countries are the exception rather than the rule, according to a paper in the Journal of Economic Literature.

Authors Paul Johnson and Chris Papageorgiou found there’s little evidence that national economies are catching up to their richest peers. Most low-income countries haven’t been able to maintain what growth spurts they’ve had like traditional economic theory would predict.

“The consensus that we find in the literature leads us to believe that poor countries, unless something changes, are destined to stay poor,” Johnson told the AEA in an interview.

In fact, slowdowns in the poorest countries have left millions in extreme poverty. Understanding which countries are catching up and how they’re doing so could help explain the elusive origins of economic growth.

The consensus that we find in the literature leads us to believe that poor countries, unless something changes, are destined to stay poor.

The debate over catch-up growth—what economists have dubbed the convergence hypothesis—has a long history. The authors choose to focus on research published over the last 30 years.

In this recent research, capital, technology, and productivity have been at the root of most understandings of economic growth and convergence. But that has traditionally led economists to conclude that however poor a country starts off, it will adopt the best practices of the rich countries and eventually be just as well-off as their forerunners.

That’s the theory. But when the authors looked at the numbers over the last 60 years that’s not what they saw.

Data from the Penn World Tables—which covers 182 countries—revealed an unprecedented level of global growth over the period, but it was spread unevenly across the globe and across income levels.

Every group experienced periods of relatively slow growth. But low-income countries actually experienced negative average growth rates during the 80s and 90s. The contractions were mostly driven by periods of extreme violence, corruption, and other state dysfunctions.

This unequal growth has led to steadily more and more dispersed national incomes around the world—the opposite of what a strong version of the convergence hypothesis predicts.

Convergence clubs
The chart below shows how a country's income (GDP per capita) in 1960 relates to its growth in income from 1960 to 2010. The downward slope in each of the lines of best fit shows the tendency for the poorest countries in an income group to catch up with the rest of their club members. 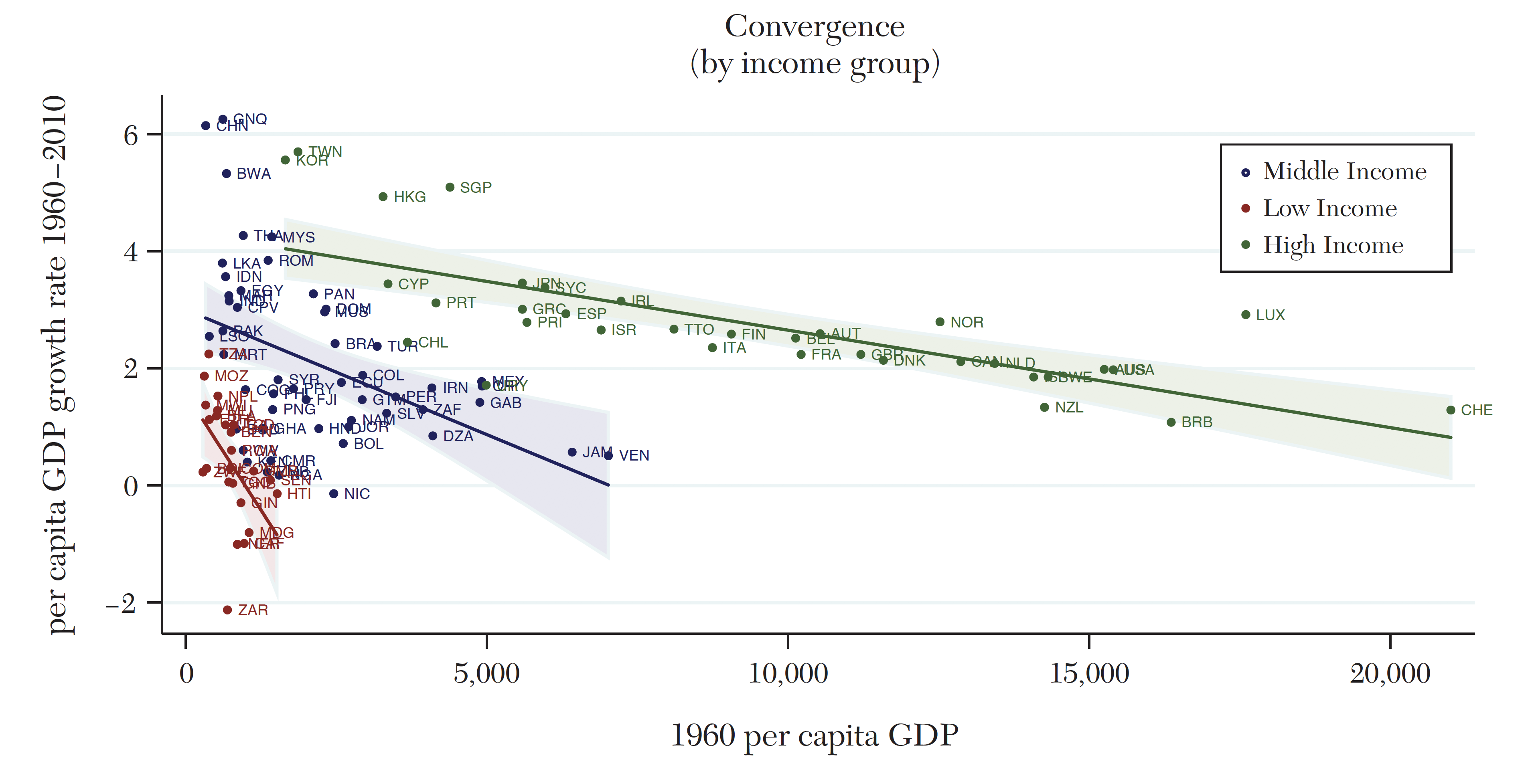 The convergence clubs might be a clue for national leaders. According to Johnson, it suggests that policy interventions need to be bold enough to reach the next rung in the income ladder, or they risk slow, start-and-stop growth.

It also might help make sense of why some countries jump out of low-income clubs and eventually join the richest one, while other countries are stuck in poverty or middle-income traps.

Still other types of convergence are possible. Previous work has found that within some industries, such as manufacturing, convergence is happening. Countries may need to organize their workforces around these sectors to jumpstart growth.

As the authors point out, even half a century is short compared to the long run. The limited data span may mean that pessimism isn’t ultimately warranted, but the authors’ work warns against being complacent.

“There have been signs of a little catch-up over the last few years . . . but we don't know if that will continue,” Johnson said.

“What Remains of Cross-Country Convergence?” appears in the March issue of the Journal of Economic Literature.