Gregory Mankiw reflects on three decades as a textbook author. 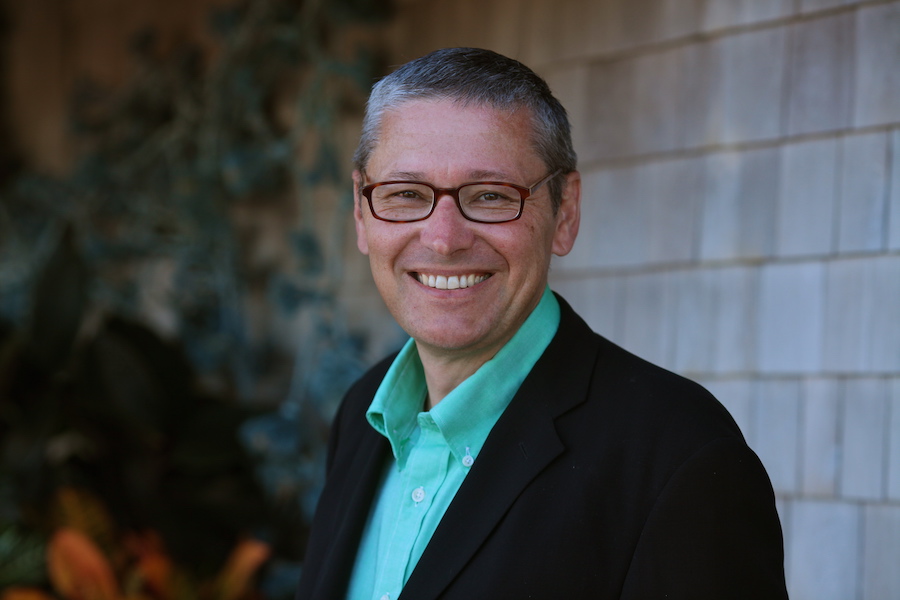 Greg Mankiw is a professor at Harvard whose reflections on being a textbook author appears in the Journal of Economic Literature.

Anyone who has ever taken Econ 101 will likely be familiar with our guest Gregory Mankiw.

The Harvard professor’s Principles of Economics is in its ninth edition and is perhaps the most widely used textbook in introductory courses throughout the country.

In a new essay published in the Journal of Economic Literature, Mankiw reflects on some of the big questions he’s confronted during the three decades since his career as a textbook author began.

He says that textbook authors, especially introductory ones, are like “ambassadors” for the profession. They should strive to present the relevant issues in economics fairly, doing their best to keep their biases in check, even if they’re not always successful.

The AEA's Chris Fleisher and Tyler Smith spoke with Mankiw in March via Skype, when he was at home working on the 11th edition of his intermediate macroeconomics textbook amid the COVID-19 outbreak.

Fleisher: You reflect [in the essay] a lot on how you choose what topics to include . . . but I am interested in the perspective that you choose to present. There are some issues like rent control where there's a little more of a consensus view. How do you decide to present more controversial topics and maybe even keep your own personal bias in check?

Mankiw: Especially when you enter into an undergraduate classroom, the goal of the professor should be to try to present an unbiased view of what the economics profession knows. I view myself as an ambassador of the economics profession, not just representing Greg Mankiw's views, but trying to represent the views of many of my colleagues as well as myself. As you pointed out, there are some issues on which economists are in agreement, like on rent control. We may disagree with the general public, but we agree with each other. And so I don't mind presenting a topic like that as the consensus of economists. But on other issues like the minimum wage, economists are much more divided. And there I try to present both sides of the issue, and I do my best to try to hide my own personal perspective. Sometimes when I teach classes, students say, “what do you think Professor Mankiw?” My response is that it doesn't matter what I think. I want you to think about the pros and the cons of the issues and decide for yourself what you think.

Fleisher: I was wondering if you could give an example of when you were confronted with this question of how to present some (controversial) information and the role that the editor played in helping you maintain that fairness to the prevailing views out there?

Mankiw: In the first edition of my introductory text, I had a section called “Charlatans and Cranks,” in which I talked about how sometimes there are disreputable points of view expressed by certain policy advisors and they can be popular with politicians and even professional economists; for some reason these charlatans and cranks can get more attention than they deserve. The example I used is these extreme supply-siders who argued that lower tax rates would raise tax revenue, which I think was certainly possible in theory, could happen in some situations, but probably doesn't happen generally.

My editor said she thought this was a little harsh to refer to people as charlatans and cranks. But I stuck to my guns and kept that description. I got feedback on the first edition from several users who basically agreed with the editor. I had enough people telling me that was a little too harsh, so in the second edition, I revised that material. I still talk about supply side economics and how it's not a consensus view among economists and most people are skeptical. So the substance is basically [the same], but calling them charlatans and cranks was a little too harsh and I took that out.

Tyler Smith: You mention in your JEL article that when you started teaching your intro courses, you weren't really satisfied with the intro textbooks that were out there. Why did you and other professors at the time seem to be unsatisfied? Why did you feel like you yourself needed to introduce a new intro textbook?

Mankiw: The way it worked for me, as a textbook author, I started at the intermediate level. Right after getting tenure, they asked me to teach the intermediate macro course which is a required course for majors at Harvard and most places. I knew I was going to do that for a long time. In fact I did do it for about 15 years. I started looking around at the books and they seemed a little dated. They didn't seem to give the right balance between classical ideas and Keynesian ideas. And I thought, if I'm going to prepare lecture notes to lecture the course, how much more work could it be to write a textbook to go along with it? I thought it wouldn't be much work. Now, it turned out that I was completely wrong. There was a lot of work, but I started out on the path of writing the book, and I enjoyed it.

So that book came out and started selling well. Then the publishers approached me to write an introductory book. They said, if you're sort of changing how to teach intermediate, can you do something similar at the introductory level? I started thinking about it. I had actually taught the introductory course early on in my career. So they sort of signed me up having written one textbook to write this Principles book, which is now the bigger selling book. I used a lot of the ideas from the intermediate level to change the macro organization in the introductory book.

Smith: Why did you think the time was ripe for a new intro textbook?

Mankiw: My timing was lucky. The big-selling introductory textbook in the post-World War II period is Paul Samuelson's book. And his book started fading, in the ‘90s I guess, as he got older. And the book just started seeming more dated and nothing quite took its place. So I signed up to write the introductory book in 1992, I think it came out in '96. But I didn't knock Samuelson off his pedestal. I think he had already started fading, but there was a hole there and people were looking for what was the next thing. I feel lucky to have come at the right time.

It's important, I think, to be an economist in the mainstream, listening to lots of points of view to get a sense of what the profession thinks is important.

Smith: There was a companion piece in JEL to yours that was written by Samuel Bowles and Wendy Carlin where they argue for a more aggressive approach [to updating intro books]. Do you think that intro books need an overhaul now?

Mankiw: The existing books evolve with the times. So for example, my first edition didn't have any discussion of behavioral economics. Whereas now I have material about behavioral economics. I've also written modules, which are extra mini-chapters available in digital versions of the book. For example, I have a mini-chapter on the economics of health care, because health care is looming large. Who knows? Maybe there will be a chapter on the economics of pandemics once we figure out, in the aftermath of what we're going through right now. So books evolve. Then, every once in awhile, the old books just can't evolve fast enough, and you want something that's going to sweep things out and start afresh. I don't see that happening quite yet, but it could. I'm sure my book's not going to last forever. But I'm trying to keep it as up to date as I possibly can.

Fleisher: To follow up on your point about including behavioral economics, you didn't wait for Richard Thaler to win the Nobel before you started including that in your textbooks. How do you know when it's time to include something that was maybe once niche, but has now become more established in the field?

Mankiw: That's a great question. You're right, I included behavioral economics before Thaler won the Nobel Prize, but you could see that there were Nobel prizes for behavioral economists on the horizon. The person I probably learned the most from in this regard is David Laibson, who's been my colleague at Harvard for many years and one of the early advocates for behavioral economics. I've been attending seminars with him for a long time, and I learned a lot from him.

It's important, I think, to be an economist in the mainstream, listening to lots of points of view to get a sense of what the profession thinks is important. It's a judgment call for what to include. It's a hard judgement call because every time you include something new, you've got to think pretty hard about what to take out. Because we may have new ideas, but that doesn't mean students' capacity for absorbing information is going to increase along with the number of our ideas.

"Reflections of a Textbook Author" appears in the March issue of the Journal of Economic Literature.

The AEA interviews editor Amy Finkelstein about the launch of the organization's newest journal.