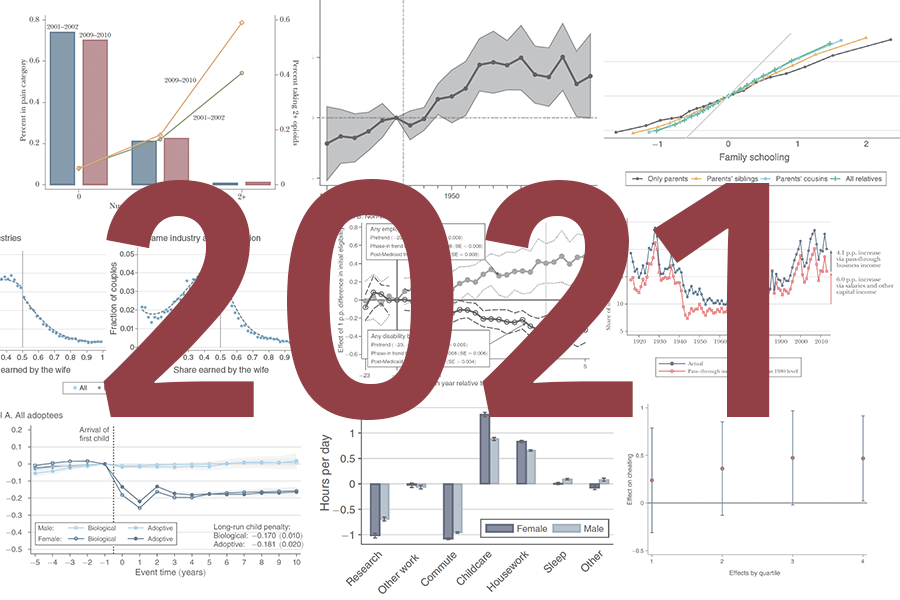 The top ten charts of the week of 2021 covered a wide variety of topics.

The Chart of the Week series provides snapshots of charts or figures from the latest published articles and includes some context of how the chart relates to the authors' findings. The top ten charts of 2021 cover the gender wage gap, the impact of political corruption on societal norms, how some innovations can backfire, and more. You can view the most popular charts of the week from 2021 below. The rankings are based on overall page views. Check out more on our website.

1. The long-run benefits of Medicaid

Andrew Goodman-Bacon asserts that Medicaid coverage for children has more than paid for itself in the long run. Goodman-Bacon found that Medicaid eligibility in early childhood reduced mortality and disability and increased employment up to 50 years later. As a result, young children in the 1960s and 1970s, who grew up with Medicaid, became healthier adults who paid more work-related taxes and relied less on welfare. Read more. 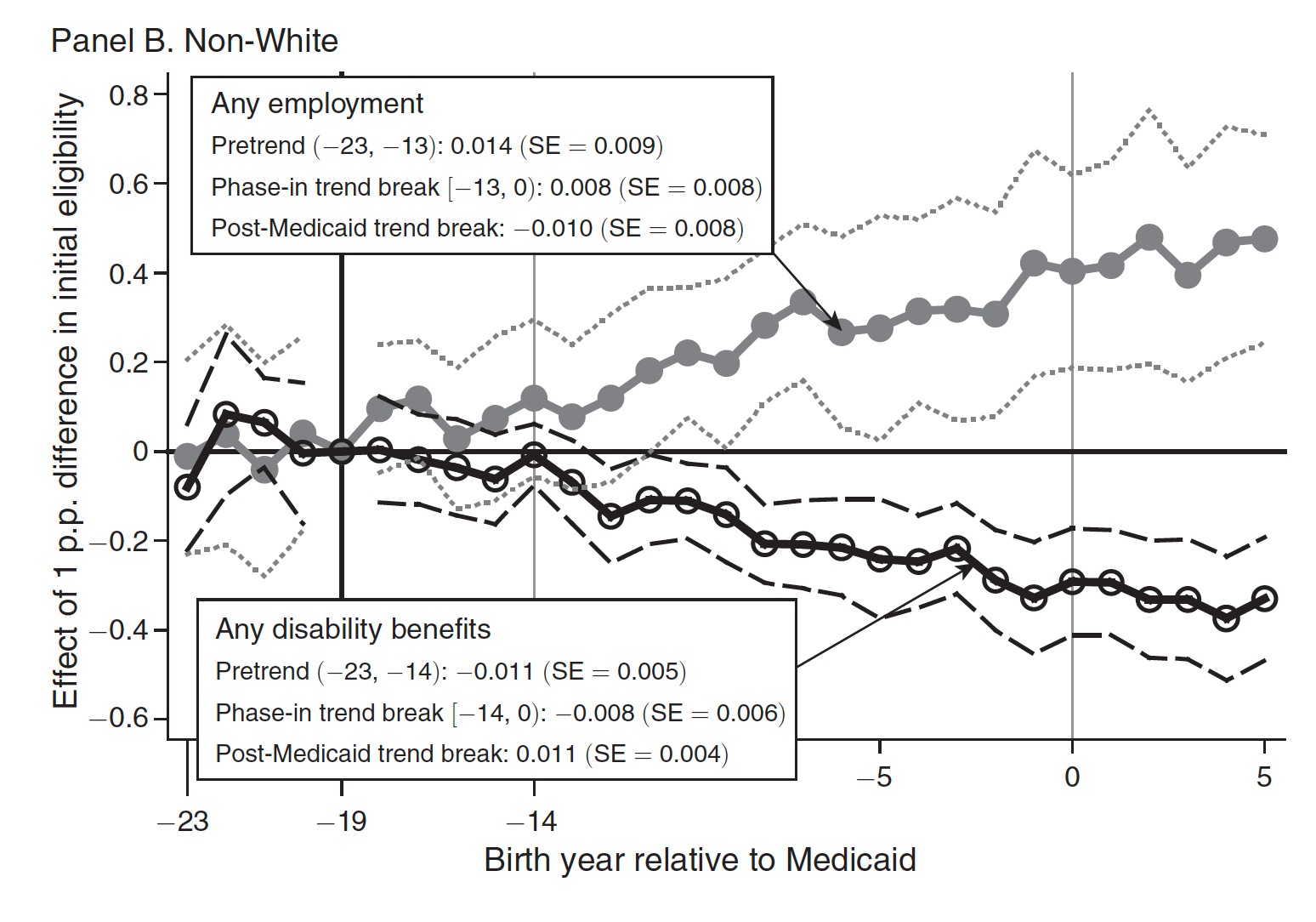 The opioid epidemic is a startling example of how a promising medical innovation can have unintended negative consequences. David Cutler and Edward Glaeser look at how this “technological regress” happened and whether it was caused more by the supply of drugs being prescribed or by demand from patients. Read more. 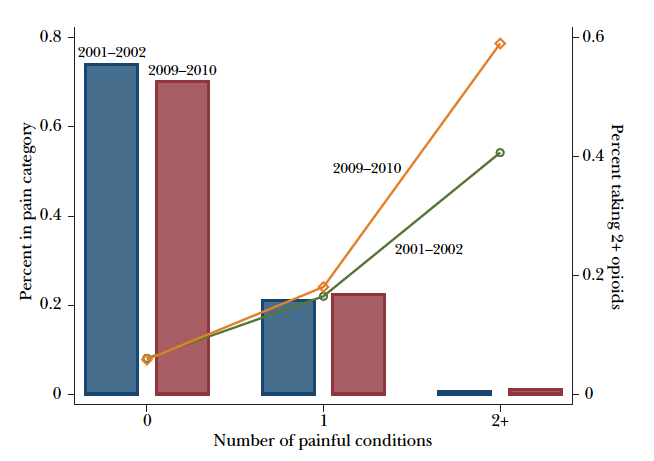 3. The top 10 percent through the ages

The COVID-19 pandemic may be increasing the gap between the rich and the poor. But how does today’s changing inequality compare to the past? Guido Alfani summarized the efforts of historians whose archival research has greatly increased economists’ knowledge of past wealth holdings. His work helps put today’s wealth polarization in perspective. Read more.

4. Business incomes at the top 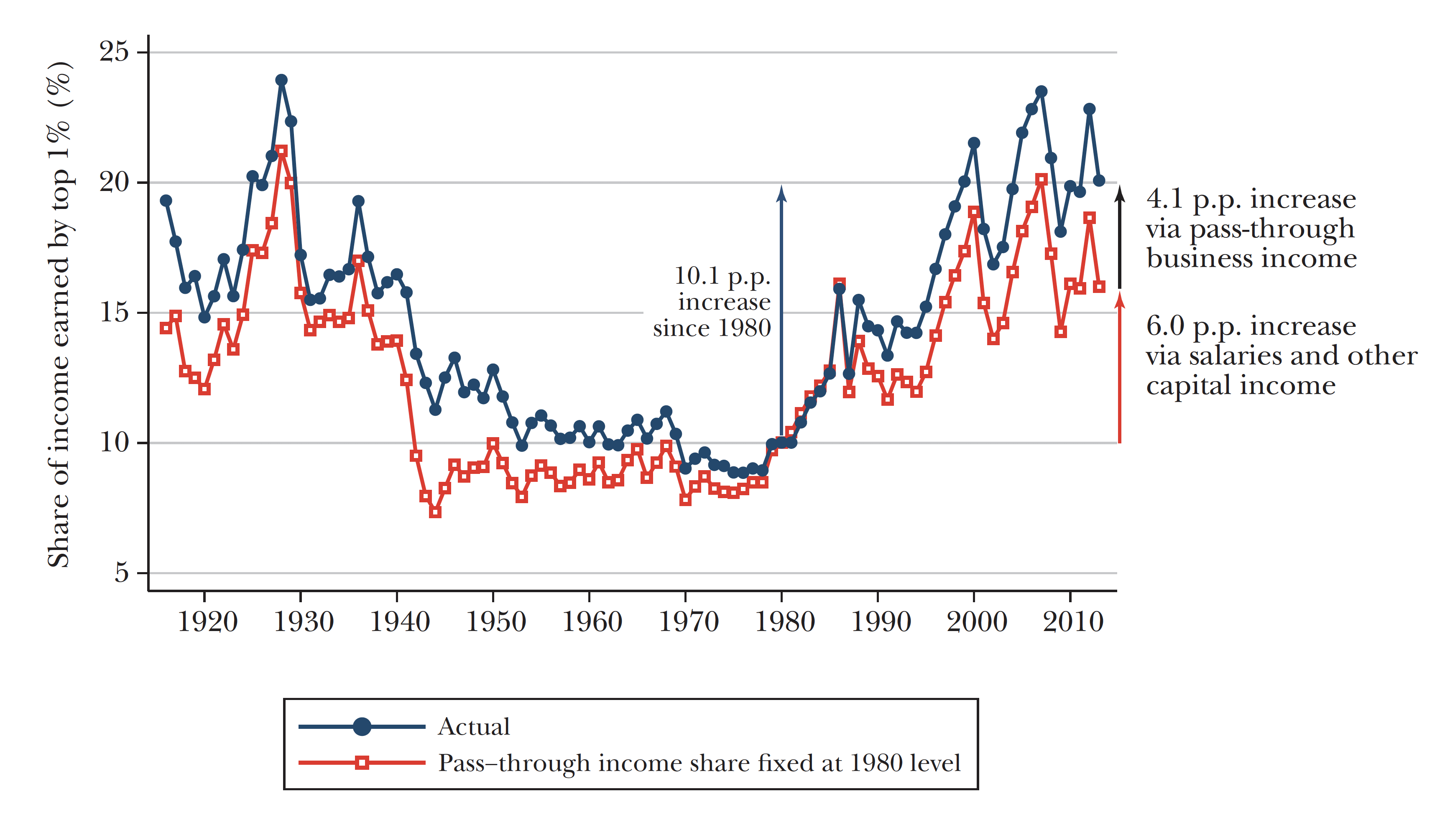 Many individuals still believe that if a woman earns more than her husband, it will cause problems in the relationship, leading to divorce or the choice to avoid marriage altogether. Past research has suggested that this view may explain a gap to the right of 50 percent in the distribution of the female share of total household earnings. Natalia Zinovyeva and Maryna Tverdostup offer an alternative explanation. Read more.

Last year, Mexico was rocked by claims of corruption against three former presidents who were accused of participating in multimillion-dollar bribe schemes, illegal campaign financing, and other crimes. The scandal may have far-reaching consequences for Mexican politics, and the publicity may be changing norms in the rest of society. Read more. 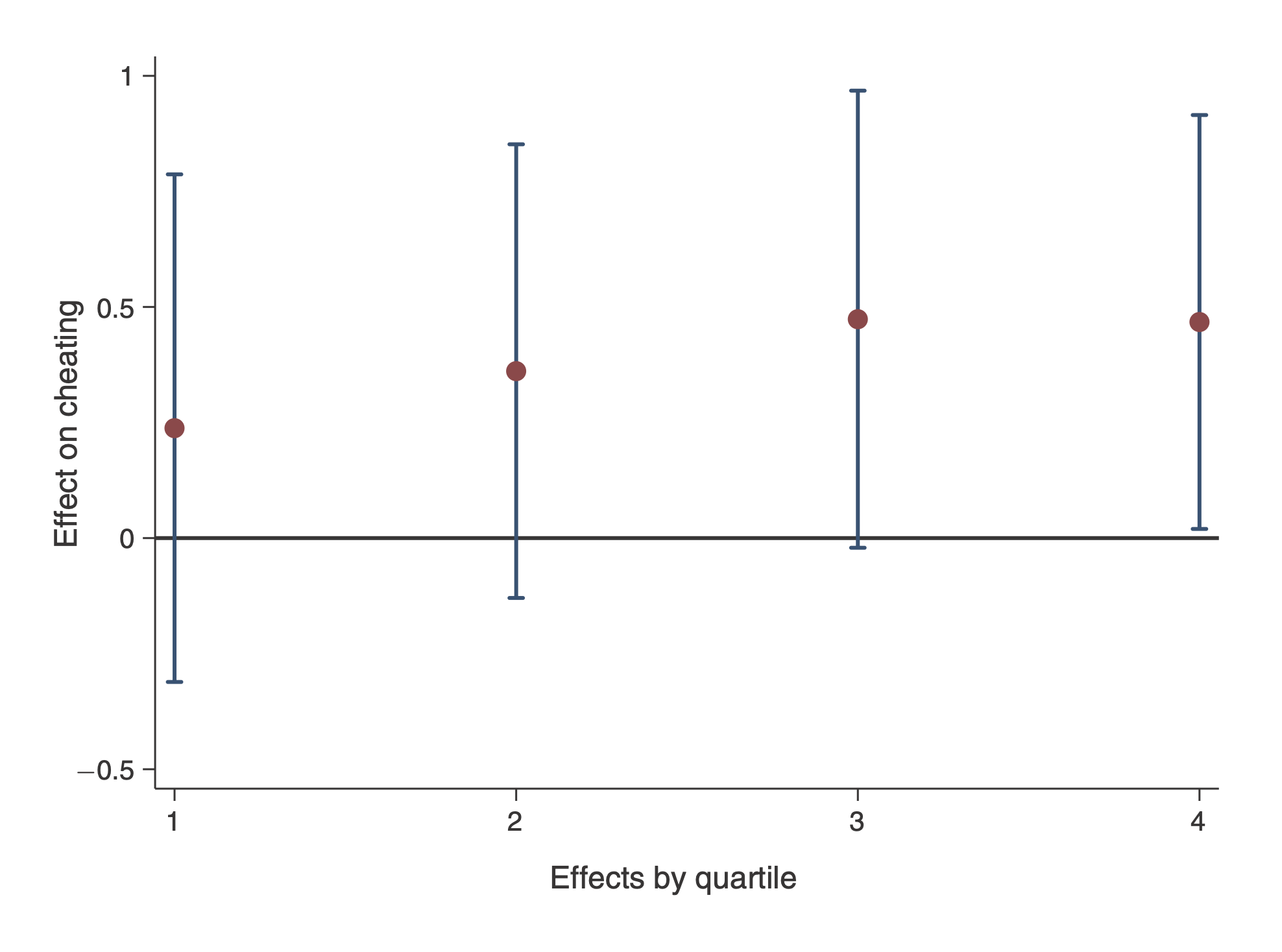 7. How COVID-19 exacerbated the gender gap in academia

Researchers Tatyana Deryugina, Olga Shurchkov, and Jenna Stearns investigated the disproportionate effects of COVID-19 disruptions on female scholars. They examined survey data from 19,905 respondents with doctoral degrees, asking them to estimate the average number of hours spent on research and other tasks before and after the pandemic began. Read more. 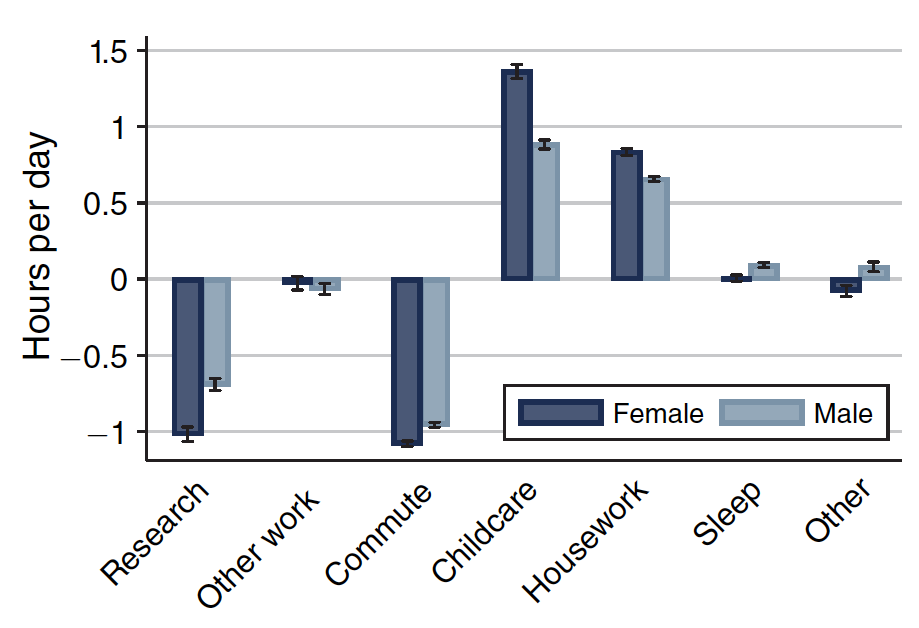 It’s no secret that parents have a critical influence over their children’s success later in life. But extended family matters too. Adrian Adermon, Mikael Lindahl, and Mårten Palme document the impact of parents’ siblings and cousins, their spouses, and spouses’ siblings on the educational outcomes for future generations. Read more.

Copyright law is intended to spur creativity by ensuring that innovators are compensated for their work. But these protections can hinder overall creative output if they prevent other scientists and artists from accessing and building upon important ideas. Barbara Biasi and Petra Moser investigate how the relaxed copyright protections of a 1942 initiative called the Book Republication Program (BRP) led to a significant increase in scientific advancements. Read more. 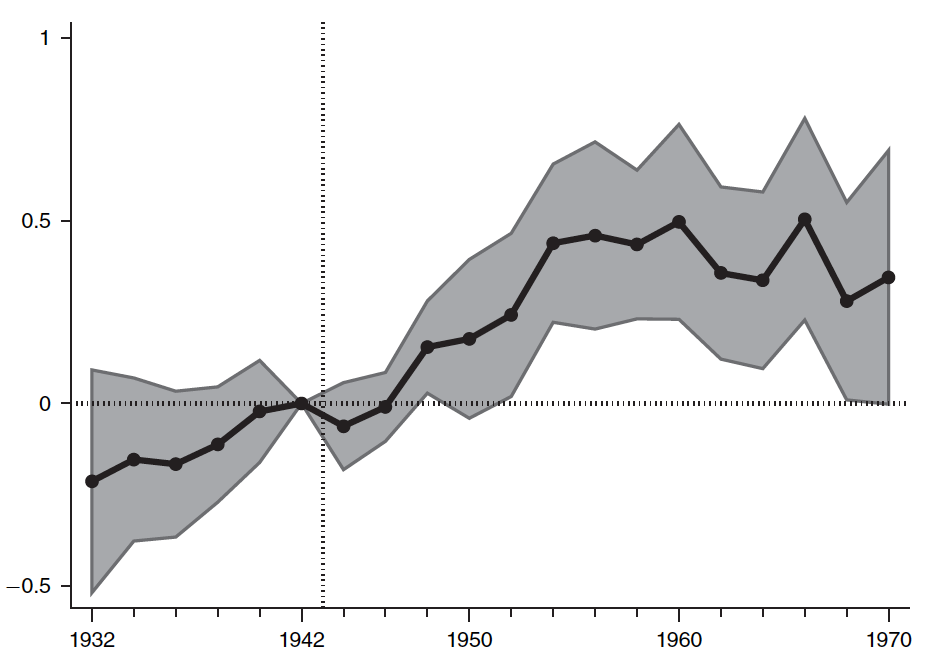 Women tend to fare significantly worse than men in the labor market after the birth of a child. A common explanation argues that biological factors unique to women, such as childbearing and breastfeeding, could play an important role. But Henrik Kleven, Camille Landais, and Jakob Egholt Søgaard pour cold water on that theory. Read more. 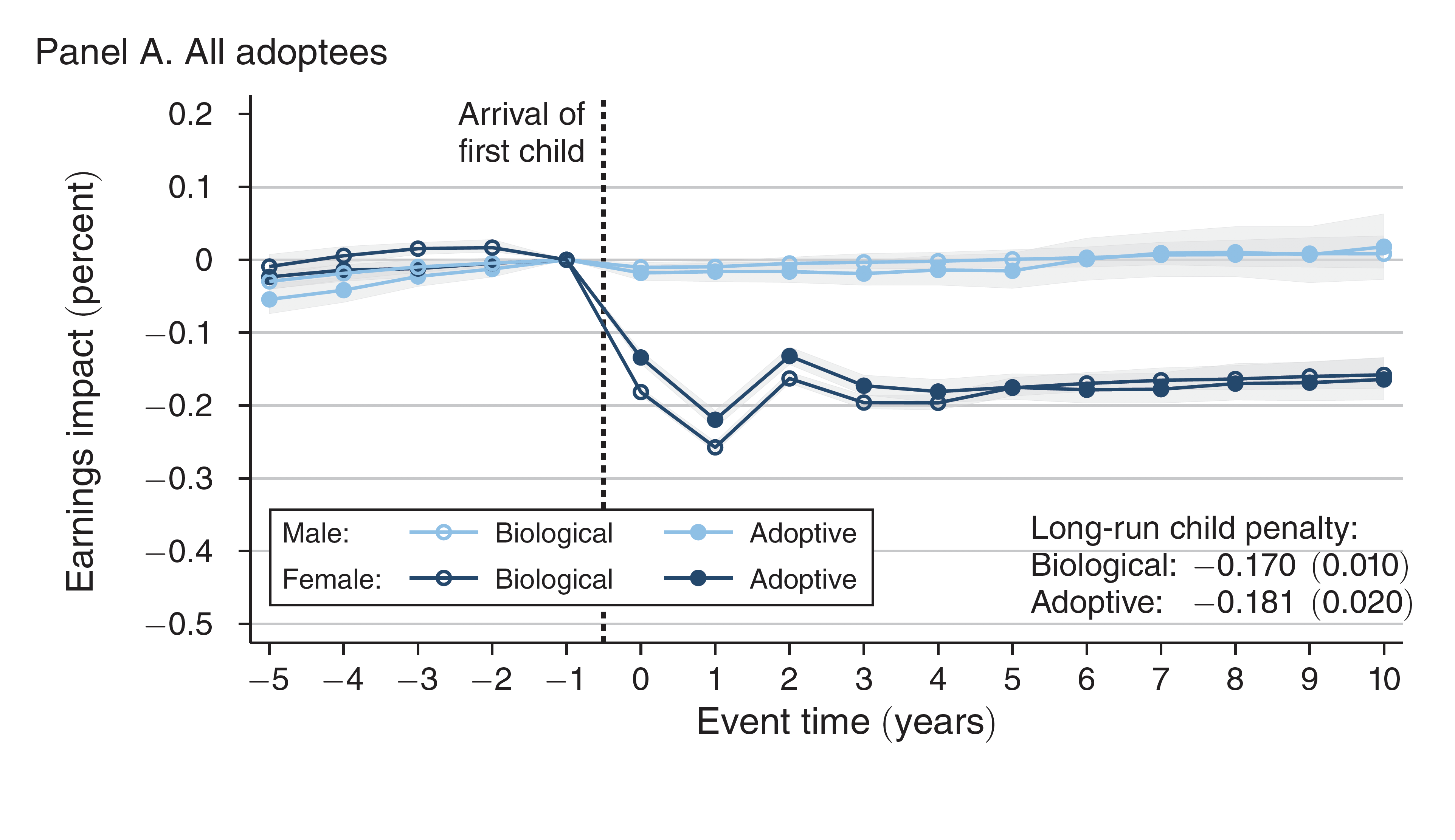 You can check out the rest of the Chart of the Week series on the AEA website. Stay up-to-date with the latest economics research by following @AEAjournals on Facebook and Twitter and by subscribing to our monthly Research Highlights Digest.