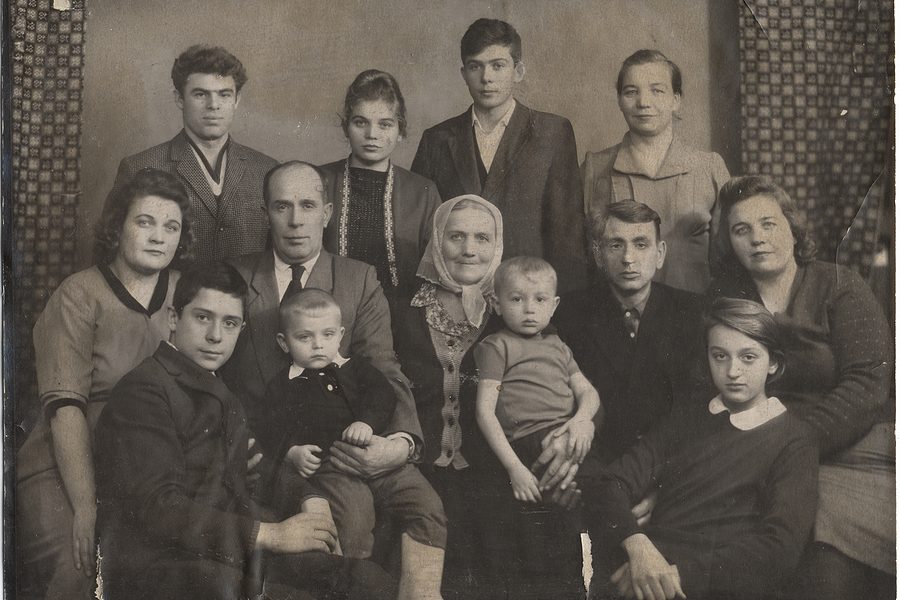 A Russian family from the mid-20th century.

It’s no secret that parents have a critical influence over their children’s success later in life. But extended family matters too.

A paper in the American Economic Review documents the impact of parents’ siblings and cousins, their spouses, and spouses’ siblings on the educational outcomes for future generations.

Authors Adrian Adermon, Mikael Lindahl, and Mårten Palme used administrative data in Sweden to construct family trees over four generations spanning the 20th century. They find persistent effects for both educational performance and years of schooling for the child generation.

Figure 1 from the paper summarizes their main results. The horizontal axis measures years of schooling, compared to the mean, for a child’s family. The vertical axis is the effect on that child’s grade point average (GPA) in their final year of compulsory schooling. Just looking at parents (black line with dots) shows a clear effect on the child’s performance in school. On average, a child whose parents have one standard deviation more years of schooling has a slightly more than one-third of a standard deviation higher GPA.

The effects grow even larger once the authors factor in other relatives. Including parents’ siblings (yellow line with triangles) bumps it up to nearly one-half of a standard deviation. Adding in the spouses of their siblings and cousins (blue line with squares) and then all extended family members (green line with crosses) increases it slightly more. The grey line at a 45-degree angle represents perfect persistence across generations, so that the gains in education and skills by all extended family members that could potentially be passed on (or “latent human capital”) translate to an exactly equivalent increase in human capital for the child.

The research shows that the traditional way of examining how human capital is passed from parent to child underestimates the long-run persistence of family human capital on educational outcomes by at least one-third.

“Dynastic Human Capital, Inequality, and Intergenerational Mobility” appears in the May 2021 issue of the American Economic Review.