The top 10 percent through the ages 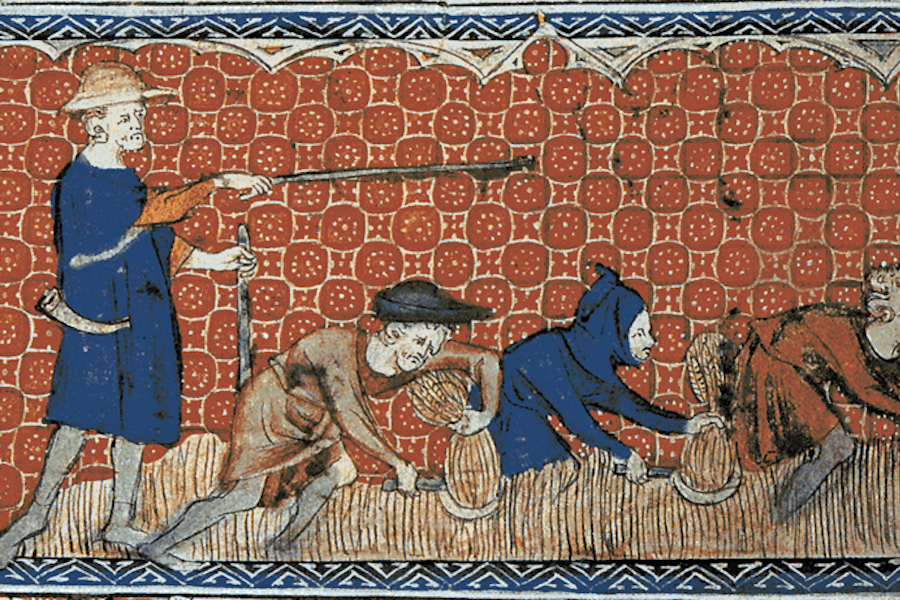 The COVID-19 pandemic may be increasing the gap between the rich and the poor. But how does today’s changing inequality compare to the past?

In a paper in the Journal of Economic Literature, author Guido Alfani summarized the efforts of historians whose archival research has greatly increased economists’ knowledge of past wealth holdings. His work helps put today’s wealth polarization in perspective.

Alfani’s estimates from the Economic Inequality across Italy and Europe (EINITE) database show that from 1300 to 1800 inequality grew steadily almost everywhere in Europe, with the exception of the century-long decline triggered by the Black Death.

Figure 8 from his paper combines the estimates of the period 1300-1800 with estimates of inequality in postindustrial Europe.

The chart shows the average share of wealth held by the richest 10 percent in two separate regions of Europe. The black line is an average of the Sabaudian State (roughly modern Piedmont, Italy), the Florentine State, the Kingdom of Naples, and the Republic of Venice. The grey line is an average for France, the United Kingdom, and Sweden (sourced from Thomas Piketty’s Capital in the Twenty-First Century).

Although the areas of Europe differ before and after 1800, there is a relatively smooth transition between the two series. The rate of growth of the share of the top 10 percent in the period 1810–1910 was nearly the same as the period 1550–1800.

Only two episodes interrupted a steady growth in inequality—the Black Death of 1347–52 and the 1914–45 period of the World Wars. The most fatal pandemic recorded in human history caused the top 10 percent to lose 15–20 percent of the overall wealth. And the global wars caused an even larger drop for the rich, from almost 90 percent in 1910 to 75 percent in 1950.

(It is interesting to note that contrary to our perception that our societies are less unequal than those of the past, the share of wealth of the richest 10 percent in 2010 was about the same as it was in 1340.)

Alfani goes on to explain that post–Black Death plagues were unable to produce inequality reduction due to institutional adaptation and human agency. This indicates that today’s policymakers do have control over the gap between the haves and the have-nots by designing institutions in a way that protects the general population from excessive greed.

“Economic Inequality in Preindustrial Times: Europe and Beyond” appears in the March issue of the Journal of Economic Literature.