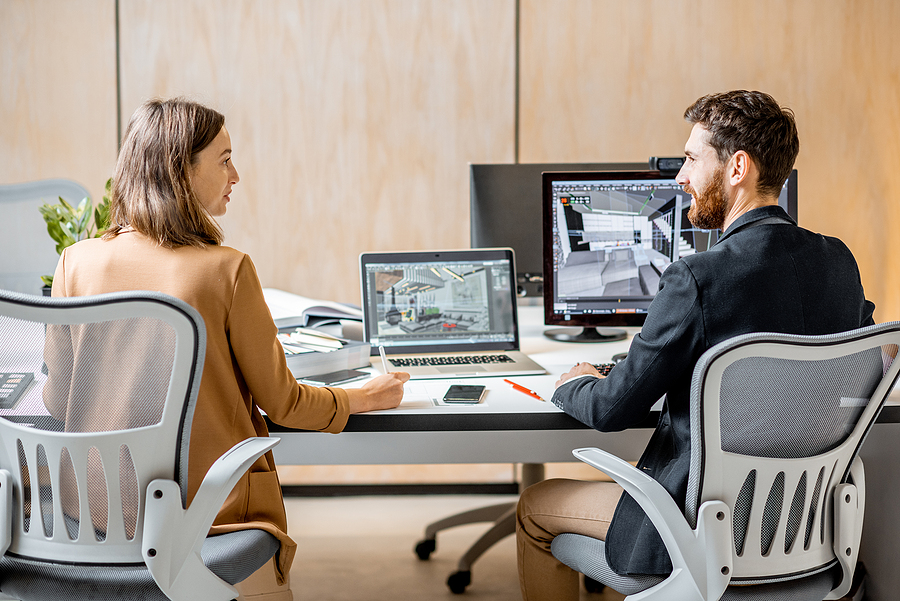 Gender norms may not be the only factor driving earnings differences between men and women.

Women continue to chip away at the gender pay gap, and a growing share have become primary breadwinners.

Yet there are many individuals who still believe that if a woman earns more than her husband, it will cause problems in the relationship, leading to divorce or the choice to avoid marriage altogether.

Past research has suggested that this view may explain a gap to the right of 50 percent in the distribution of the female share of total household earnings.

But in a paper in the American Economic Journal: Applied Economics, authors Natalia Zinovyeva and Maryna Tverdostup offer an alternative explanation. They find that the missing mass of  couples with women just slightly outearning men isn’t all about gender norms; rather, that the phenomenon may be driven by how couples split earnings when they share the same job or are self-employed.

Figure 9 from their paper shows the distribution of relative earnings for couples between 18 and 65 years of age in the United States who work in different industries (panel A) and those who share the same industry and occupation (panel B). The hollow light blue circles show the percentage of couples in a particular range of the wife’s earnings share in the household. The dark blue x’s (which mostly overlap the circles) exclude couples right around the 50–50 shared earnings point (vertical line).

Couples in the same industry and occupation had a much sharper drop—14 percent—at the point where women earned more than their husbands. This was about twice as large as the drop for the rest of the population. If it were only gender norms driving the effect, then the picture would likely be the same for everyone. But the more severe drop among couples with a shared occupation suggests there is something else going on.

Using detailed data from Finland, the authors found support for the hypothesis that the discontinuity was caused by self-employed and coworking couples having equal or very similar earnings. Self-employed couples may want to split earnings equally for tax reasons or because it makes matters simpler for their relationship. And spouses who work for the same firm tend to receive more similar pay relative to what they would get if working for two different employers.

As women are still likely to earn less than men in the majority of couples, convergence of earnings in self-employed and coworking couples moves more couples to the center from the left than from the right. It also means that women are on average better off in terms of their relative earnings when working with their spouses.

These findings suggest that the observed discontinuity is explained not by social norms limiting the income of married women, but paradoxically by the phenomenon of coworking couples helping women to have higher earnings. The authors caution that these results do not mean that the norm does not play an important role in the marriage market, but that the norm may only gradually gain importance with the increase in the relative earnings of women.