Why projecting marijuana use after legalization is so difficult

Prices, accessibility, and attitudes are all thrown into flux when marijuana is legalized 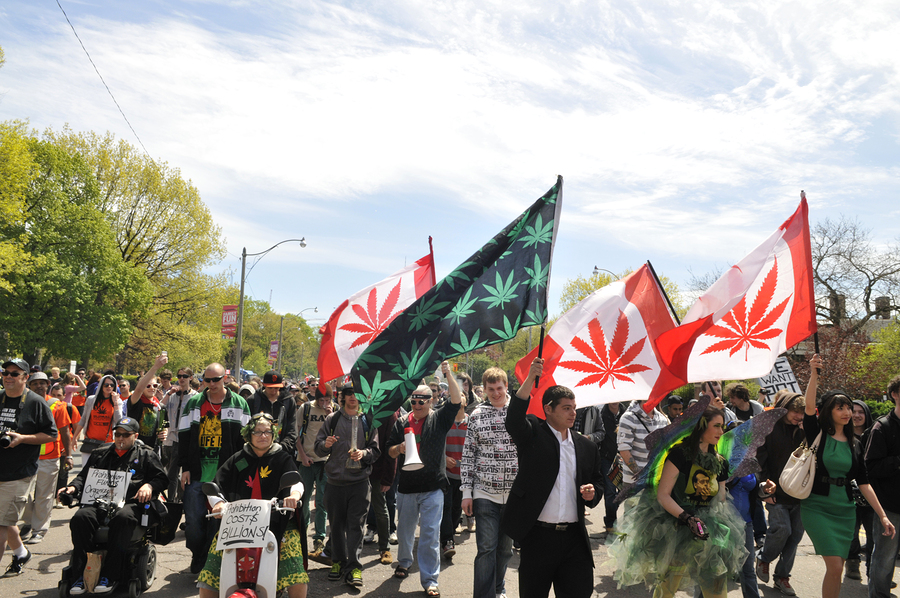 Pro-marijuana activists at the 14th annual Global Marijuana March in Toronto, Canada, May 5, 2012.

The push to legalize the multi-billion dollar underground marijuana economy gained ground earlier this month as four states including California approved ballot measures that will legalize possession and eventually retail sale of small quantities of marijuana (a fifth measure narrowly failed in Arizona).

The industry is facing an uncertain future as it is not officially sanctioned by U.S. federal law and the likely next Attorney General has voiced his opposition to legalization. Still, the marijuana business is booming in the few states like Colorado and Washington that have already legalized sales, tax receipts are exceeding expectations, and public opinion polls showing growing acceptance of the idea.

Despite a few years of experience with legalization in parts of the U.S., expectations differ about how big an economic driver marijuana will be as legal sales spread to more states. There are lingering concerns about the effects on young children and conflicting evidence about whether teen use is going up.

The consequences of legalization can be hard to predict because so much changes in the marijuana market when possession and sales are legalized beyond just prices. In a recent study appearing in the American Economic Review, authors Liana Jacobi and Michelle Sovinsky propose a new method for projecting marijuana use after legalization that accounts not only for changing prices, but also the increased access and more receptive attitudes that come with legalization.

Price changes are a big part of the story, of course. Prices tend to fall when marijuana sales are legalized because legitimate businesses don’t have the same costs as illicit suppliers: they don’t have to operate in secret or compensate employees for the risk of violence or legal trouble that street dealers face.

More and more Americans can access legal weed
The proportion of the U.S. population living in states where recreational marijuana is available for sale has been growing steadily since residents in Washington and Colorado first voted to legalize sales in 2012. 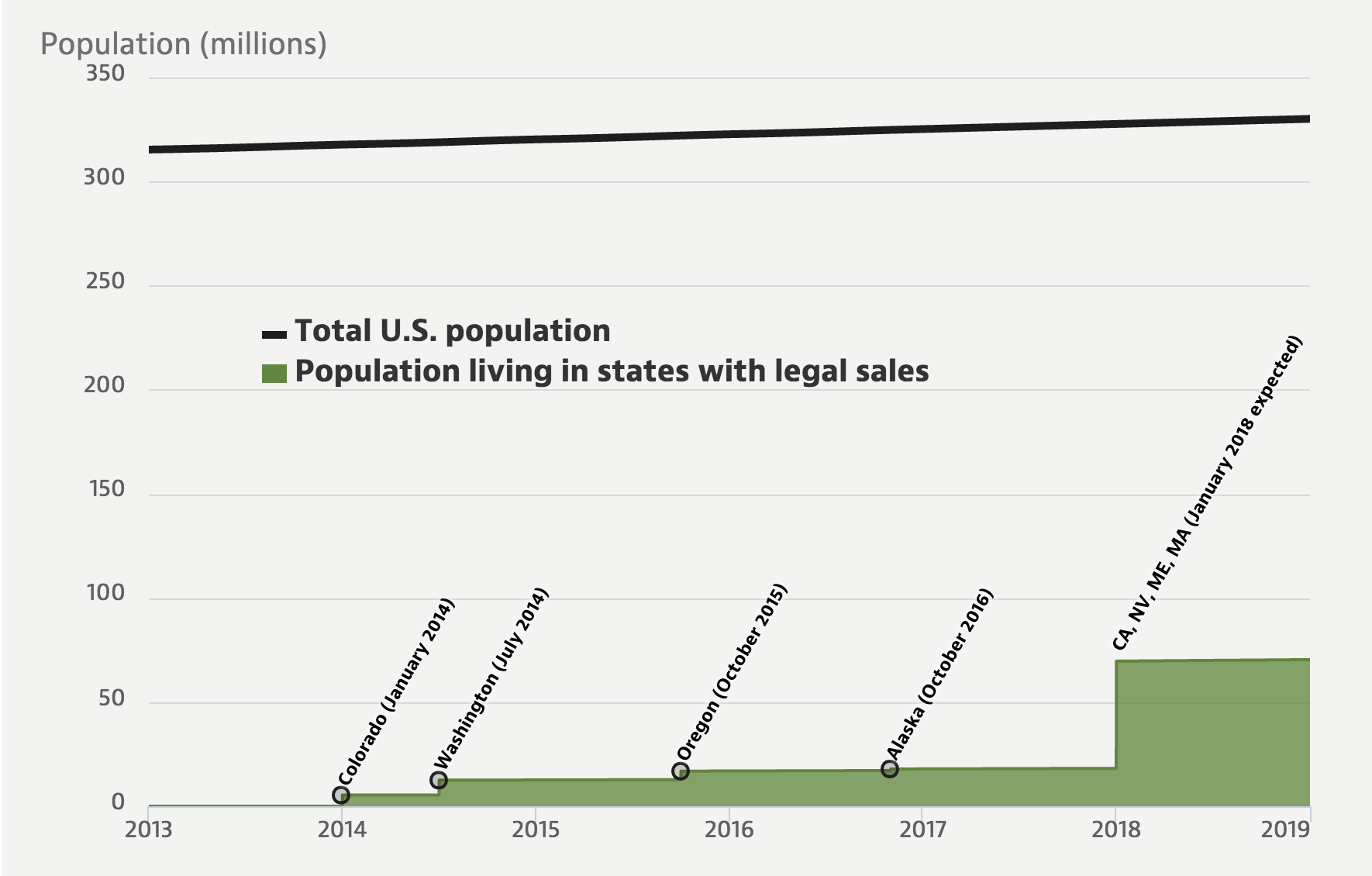 But Jacobi and Sovinsky say that traditional projections of increased use after legalization that simply take into account price changes don’t tell the whole story. They can’t account for the effect of increased access, and don’t consider how different demographics (like teens or senior citizens) might react differently to the new regime.

Most projections “do not consider the fact that the group of people who currently use [marijuana] had to look for or know where to buy it,” says Sovinsky in an email. People who have access to marijuana before it is legal are not a random subset of the population – they are a “special group of people, namely those who have a higher utility from using” the drug and presumably decided to seek it out.

The authors propose a new method based on survey data from the Australian National Drug Strategy Household Survey. This survey is especially useful because respondents indicated not only whether they consumed marijuana, but whether they felt they could find some if they wanted and whether they declined to smoke just because it was illegal (at the time the survey was taken, marijuana growing and consumption was illegal in Australia, even for medical purposes).

The authors use this data to construct a model of marijuana consumption that proceeds in two steps: first, the model determines whether a person is likely to know where to find marijuana in the first place, and only then determines whether that person will want to purchase marijuana and the locally prevailing price.

They compare their results to a more basic model that tries to predict whether a given person will use marijuana or not given their location, age, local prices, and characteristics, without accounting for accessibility.

This more basic model finds that would-be marijuana users are not very sensitive to price and more sensitive to legal status, but the more advanced model shows that this is just an illusion: users (especially those in their 20s and 30s) are quite sensitive to price, and the cheaper marijuana available after legalization could persuade more people to start smoking.

Price seems to make a bigger difference than access for these younger groups, which report relatively good access to marijuana in Australia when it was still completely forbidden. About 70% in their teens and 20s reported that they had smoked or that it would be easy to find marijuana, much higher than the 33% rate for those over 50. This dovetails with American survey results that show teens report easy access to marijuana even in states where it is still illegal.

Some have argued that this means marijuana legalization won’t have a huge impact on youth smoking rates, because so many kids already know how to access the underground economy already. Jacobi and Sovinsky point out that the price drops that typically accompany legalization may actually be the more relevant change for youth smoking rates.

U.S. states with legal marijuana sales have established hefty sales taxes, both as a means of raising revenue and keeping prices from becoming so attractive that usage rates skyrocket. Taxes can only go so high before people will start reverting to black market sales, and the authors estimate that prices in Australia would have to climb to $158/gram (about four times the going rate under prohibition) to keep teen smoking levels constant after legalization. As sanctioned marijuana sales expand into four new states in 2018, public health researchers will be watching closely to see just how accurate these projections are.

Marijuana on Main Street? Estimating Demand in Markets with Limited Access appears in the August 2016 issue of the American Economic Review.