Tim Bartik of the Upjohn Institute on how economic development policy is shortchanging poor regions. 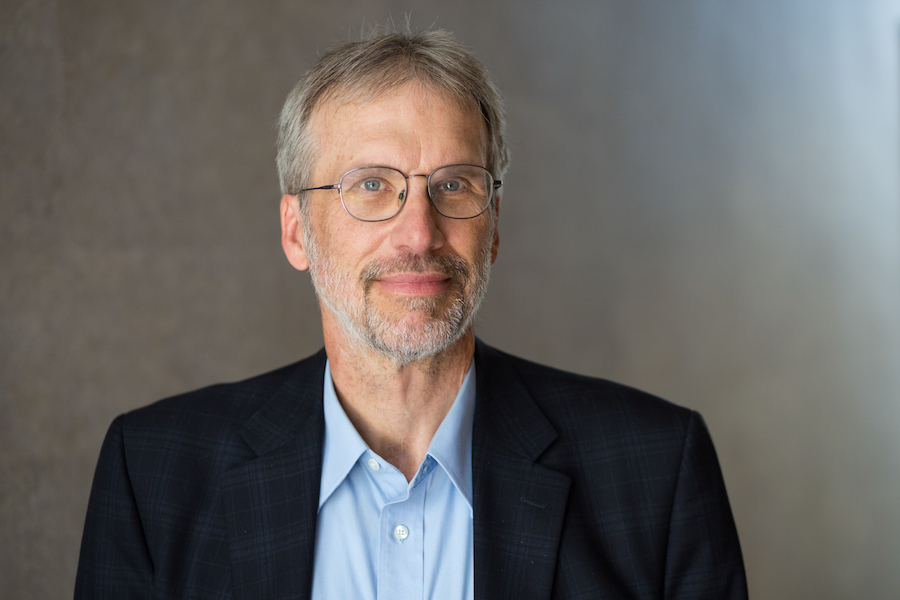 The US spends nearly $50 billion a year on job-creating business incentives. Unfortunately, a lot of this money doesn’t go to the places that need it most.

Upjohn Institute senior economist Tim Bartik says that policymakers must do more to invest in distressed regions. In the Journal of Economic Perspectives, he argues that policymakers could get more bang for their buck by targeting needy communities. Even more, economic development officials need to broaden their approach beyond cash grants and tax incentives, which might be politically popular but are less effective at generating jobs than skills training, brownfield development, or other programs.

Bartik spoke with the AEA’s Chris Fleisher about which incentives are most effective, the trade-offs of becoming a high-tech hub, and why places will continue to matter even when more workers are doing their jobs from home.

The edited highlights of that conversation are below and the full length interview can be heard using the podcast player below.

Chris Fleisher: Why should policymakers want to bring jobs back to areas where work has disappeared?

Tim Bartik: I think the argument is that there are huge individual and social costs to having these really high employment rate differentials.... First of all, there's a cost for the workers that can't get jobs. They would gain the wages they would get from more jobs and would exceed the opportunity costs, their time, the value they would place on their nonworking time. Secondly, there are huge social costs in terms of the spillovers on the family and the community. There are effects when the non-employment is high. When you have a distressed area, you're going to have higher crime, higher rates of mental illness and depression, you're going to have more substance abuse, there are spillovers on the family, it creates problems for family upbringing, it creates fiscal problems for local governments.

Fleisher: There are various different types of policies aimed at reviving these distressed communities. What kind of evidence do we have that these programs actually work?

Bartik: We have some evidence on how cash incentives work. And they have some effect, although not as much as is often claimed by local economic developers. Generally, the indication is the type of incentives we have in the US might tip 10 percent of all the businesses who receive incentives. That means that the cost per job created is relatively high. In the paper, I mention an estimate of around $200,000 in present value cost per job created by providing a tax incentive or a cash grant to incentivize a business to locate in a particular metro area. Now, that may be justified if the area is distressed. In distressed areas, the benefits in terms of higher employment rates of job growth are greater. You could well have benefits that are hundreds of thousands of dollars, but it's going to be a close call whether the benefits exceed the costs.

If you provide public services to these businesses, things like manufacturing extension services, which essentially is providing information and advice to small- and medium-sized manufacturers on how they can be more successful, how they can improve their technology, how they can find new markets. Or if you provide customized job training, where we go to a company and say we're going to help... provide workers trained for what your business needs... providing brownfield redevelopment where we clean up an area, make the land available for development, the evidence is that a lot of those policies have much lower cost per job created. You can get cost per job created of $80,000, $50,000, $30,000 per job created. When you start getting into that range, the benefits of creating jobs in some of these distressed areas far exceed the cost. You get a very high benefit-cost ratio.

Fleisher: What are the challenges of getting policymakers [on board with some initiatives] when they may not be in office for that long and looking for a nearterm benefit?

Bartik: The point you mention is quite good. From the viewpoint of what should be happening in state and local areas in the US, distressed areas have the most need for jobs. Those areas should be the most aggressive. Furthermore, the most effective way of creating jobs is not simply handing out cash grants, but doing some of these business services, infrastructure, land development policies. The problem is that it's easy to hand out cash, and it has big immediate political payoffs, and that's true even in non-distressed areas. When we actually look at how these policies are carried out around the US, we find that over 90 percent of the dollars go into cash incentives, either tax incentives or cash grants. Why is that? Cash is easy to hand out. These services take years to pay off, people are attracted by the potential to get big headlines through handing out incentives to Amazon or some other large company.

The other thing is that there are reasons why even in non-distressed areas, a mayor or governor knows that they are more likely to be re-elected if they announce they’ve just handed out a big business tax incentive to this prominent company. There's a temptation for both non-distressed and distressed areas to hand out huge cash grants to large firms, and that's not really what we want. We want the distressed areas to be more aggressively pursuing jobs and we also want this to be more targeted on policies that are more effective, which are these business services, but that doesn't tend to happen. It should happen if state and local governments were always pursuing the long term interests of their residents, but that doesn't always happen.

Fleisher: There was this huge scramble to attract Amazon's second headquarters and various cities and states were offering a range of incentives to attract that company. Is that something that states and cities should be doing?

Bartik: I think they should be doing it to some extent, but they need to do it in the right way. Some of the offers made to Amazon were ridiculous. They were $7 billion or $8 billion.... They were providing various tax incentives, cash grants over a 10- or 20-year period. But you can approach this in a smarter way. For example, Virginia's offer to Amazon ended up being about $800 million in cash. But that was only about $20,000 per job, since the facility was planned to be about 40,000 people.... Then Virginia said, "OK, but that's not the only thing we're going to be doing to work with you. We're going to put a new campus of Virginia Tech in Northern Virginia, we're going to upgrade the metro stop near where this Amazon site is going to be, we're going to upgrade the highways around there, we're also going to upgrade throughout Virginia the K-12 and college infrastructure to provide more highly trained, technical personnel that can be employed at places like Amazon."

There's a temptation for both non-distressed and distressed areas to hand out huge cash grants to large firms, and that's not really what we want.

The reason why I think that policy makes more sense is because they put more money into those types of services—training and infrastructure—than they did in the cash grant. And I think that pays off in a couple respects. One, it makes it more likely that Virginia residents will be hired for the available Amazon jobs. That increases the benefits from the viewpoint of Virginia and from the viewpoint of the US as a whole. The second aspect is what if this facility doesn't end up living up to its promise fully? We don't know the future. Who knows where Amazon will be in the marketplace 20 years from now? Well, it's quite likely that having a new campus at Virginia Tech, better highway and mass transit infrastructure in Northern Virginia along with more investment in the educational system in Virginia and technical fields will pay off for Virginia even if the Amazon facility doesn't pan out.

Fleisher: Most of this economic development happens at the state or local level. Does the federal government have a role to play as well?

Bartik: I think the federal government needs to be careful about assuming a one-size-fits-all policy and just dictating what every local area should do. We don't want that. We want some diversity of approaches that reflect diverse local needs. I also don't think we should assume that we fully understand exactly what each area needs. I think economists know something about what's making regional economies tick, but we don't know everything. The federal government could do two things though. We have these huge subsidies going out to large firms because the political economy of handing out cash is easy, handing it to large firms is politically advantageous. I think the federal government could try to discourage that some. The second thing is that a lot of these distressed areas have low tax resources. The federal government could provide block grants to help them solve their problems.

Fleisher: You conclude your paper by saying "places matter for policy because places matter to people." How does this change in a post-Covid 19 world when remote work becomes more important and how do you think that will change the approach to reviving distressed communities?

Bartik: Even where remote work becomes important, I do think that people will need to work in offices part of the time and communicate with workers in person. I think all of us have discovered that there's a limit to the quality of communication from having Zoom meetings. It can work, it can substitute for in-person meetings, but it can't substitute for some of the informal interactions we have in the office with our co-workers or with persons from other employers that we need.

We know that although some people do move across local labor markets, a little more than half of all Americans are living within 30 miles of where they were born. Even among college graduates, 40 percent live in the metro area where they were brought up. So a very large number of people either live in their childhood area or they move to some area for their career and then they stay there for the next 20 to 30 years. And I think that's going to continue. Why do they stay? They develop friendships, they have family, they have relationships, they know the area, they work on community projects together, and I think that's going to continue. I don't think that's going to disappear. People have ties to places.

Adam Smith, the father of all economics, said a person is of all sorts of luggage the most difficult to be transported. People are hard to get to move. They naturally want to form ties to their community. I think that regional economics and regional economic policy can work best if we recognize this reality of how people behave and what they believe and we try to minimize some of the problems that occur when all of a sudden a local area becomes depressed and then that local economic depression becomes a self-reproducing condition.

"Using Place-Based Jobs Policies to Help Distressed Communities" appears in the summer issue of the Journal of Economic Perspectives.

Why are areas near Detroit’s thriving downtown less developed than ones further away?