The recovery of Southern wealth after the Civil War

Leah Boustan discusses how White slaveholding families in the US South rebuilt their fortunes after emancipation. 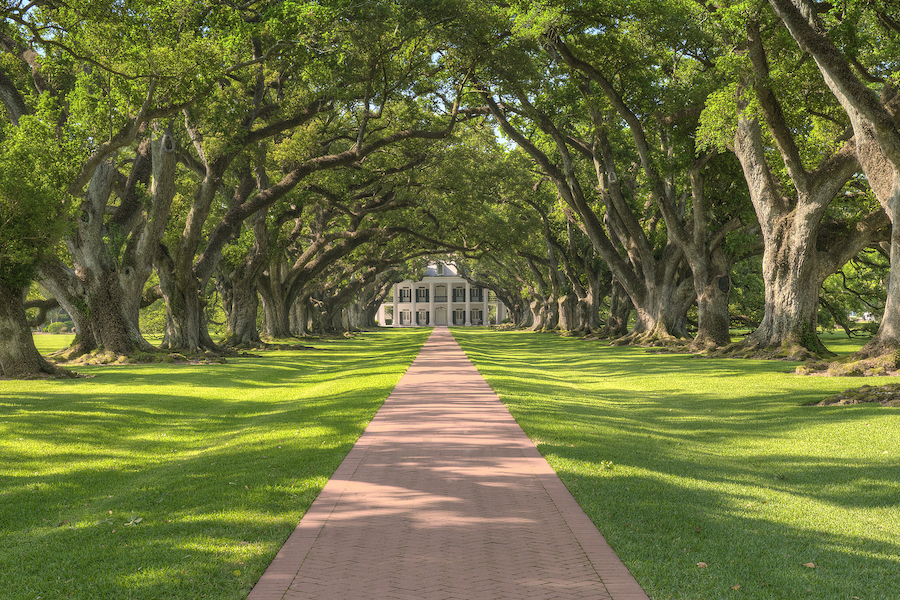 The Oak Alley Plantation in Louisiana.

The American Civil War and emancipation ended chattel slavery, and as a result, substantially reduced the fortunes of slaveholding households in the years immediately following the war.

In a paper in the American Economic Review, authors Philipp Ager, Leah Boustan, and Katherine Eriksson find that many former slave-owning White households rebuilt much of their lost wealth in just one generation, and within two generations, most had recovered entirely.

According to the authors, this rapid recovery was made possible by non-material advantages, such as social networks and political connections, which persisted in spite of the large loss of wealth.

The research challenges common narratives around the South’s recovery from the Civil War by documenting the persistence of much of the wealth created from chattel slavery.

Boustan recently spoke with Chris Fleisher about how she and her coauthors approached their research and what their findings say about wealth and inequality. 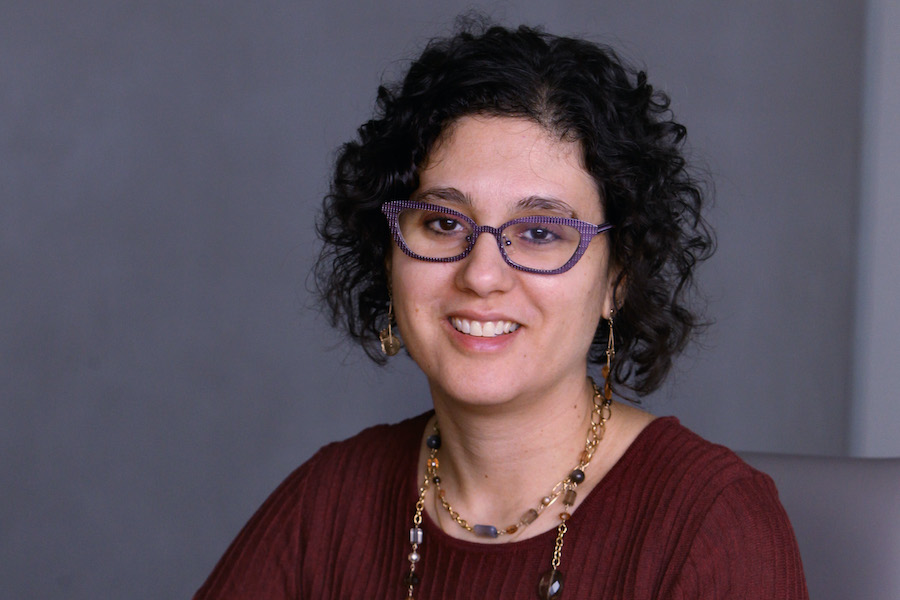 Chris Fleisher: A lot of people view the United States as an extraordinarily unequal society today in terms of wealth concentration. How does it compare to the US South before the Civil War?

Leah Boustan: One way of measuring wealth inequality is comparing the wealth of someone who's at the 90th percentile of the wealth distribution to someone who is at the median. We call that the 90–50 ratio. Today, that ratio is around 12 to 1 in the US. The US South before the Civil War was at a ratio of 15 to 1. I should mention that this statistic only refers to the White population in the US South at the time. If you included the Black population in 1860, the vast majority of which in the US South was enslaved, then the ratio would be more like 300 to 1. It's really extreme.

Fleisher: You used historical Census data to identify slaveholding families and their descendants. Can you briefly describe what you were looking for in the data and how you used it to answer this question around how quickly Southern elites lost and then recovered their wealth?

Boustan: We needed a lot of information about these families, and this is 150 years ago, in order to make the project work. . . . We needed to know how wealthy these families were before the war and we also needed to know if they held their wealth in the form of enslaved persons or something else. You might hold land. You might hold merchant capital, or early manufacturing concerns. You could be a shopkeeper. How do you know what forms of assets the households were holding? We're benefited by the fact that the 1860 Census was one of the only censuses in history to ask about wealth.

We're also benefited by the fact that the census had something separate called the slaveholder schedule. If you were a slaveholder, they would separately write your name down on this piece of paper and list all of your slaves. Many people in the South, many White families, didn't own any slaves at all, but 20 percent did. And among those 20 percent, most of those families only had one or two slaves. There would just be a list of your name and the one or two slaves that were part of your household.

We needed to find a way of linking those two pieces of information—the households with the wealth and the household head name with the slave tally. Unfortunately, there was no Census ID and the two records were not kept next to each other, so we had to find other ways of linking.

Fleisher: How much wealth did these slaveholding families lose in the five years after the war?

Boustan: We are interested in comparing slaveholders to similarly wealthy people. We needed to find other families too that were wealthy and that lived in the South but held their wealth in other forms.

What we find is that all of the slaveholders, even those that only have one or two slaves, lost more wealth after the Civil War than similarly wealthy families along the order of 20 percent additional wealth decline. For the largest slaveholding families, they lost on the order of 50, 60, 70 percent more wealth after the war than similarly wealthy families.

Fleisher: You found that these families were basically able to recover their losses within a few generations. Their grandsons by 1940 had recovered all the wealth they’d lost. What was the mechanism by which these families recovered so quickly?

Boustan: We entertain a lot of hypotheses in the paper and think that we have evidence that rules out 4–5 possibilities and supports one major channel. If it's the case that wealth persistence is coming from financial transfers, the kids of wealthy families remain wealthy because their parents give them inheritance, and then they might use that inheritance or some transfers during their lifetimes to set themselves up in business or pay for an expensive medical degree. Then when the wealth dissipates, we would imagine that the sons remain behind because they don't have access to those transfers.

I think that people were touched by this research because we're able to document the persistence of some of the wealth that was created in a slave society. And so, we can't really say that wealth has dissipated and is gone and therefore we no longer need to take responsibility for it because that's a matter of the past.

We think that it has to be some other correlated input that families provide to their kids that is associated with wealth, but is not the wealth itself. It could be ability, it could be entrepreneurship, it could be early life human capital and health. What we think is going on in this context is social networks and kin and marriage networks that help set kids up in new occupations or new businesses.

Fleisher: How did social networks aid in the recovery of wealth?

Boustan: One of the things that formerly wealthy Southerners needed to be able to do was to move into a new economy, possibly move out of agriculture into early manufacturing like textile mills that were moving down to North Carolina and South Carolina right after the war. In order to do that, they needed some form of initial investment capital. But all of the wealth that they had been using before the war as collateral—slaves were highly used as collateral for business loans—had dissipated. So where would they be able to access such resources? One possibility is friends and family. Everyone had experienced a big economic shock in the South. Everyone's resources were depleted. Maybe there was a family member who didn't lose quite as much as you. That's when we started looking into how the social networks might operate.

We found that slaveholder sons were more likely to marry wives whose fathers had owned slaves in 1860. As you went up the slaveholding distribution to the families that had a larger number of slaves, that probability increased. The fathers of these wives who had been slaveholders in 1860, they also lost wealth during the Civil War, but not as much wealth as the family that they're marrying into. So suddenly you become a little more attractive as a marriage partner if you're in that former slaveholder network but you didn't lose quite as much.

Fleisher: How do you think this paper changes the narrative of the post Civil War economic recovery in the South?

Boustan: I think many people in America want to ignore this part of our history and imagine that even if we acknowledge that it happened, that we did have a period where America was a slave society, that we should move beyond it. We often hear, “Well, that was 150 years ago so it's not something to discuss anymore. It no longer matters in terms of how we set policy or what our economic outcomes look like.” I think that people were touched by this research because we're able to document the persistence of some of the wealth that was created in a slave society. And so, we can't really say that wealth has dissipated and is gone and therefore we no longer need to take responsibility for it because that's a matter of the past.

Fleisher: What does this paper say about efforts to reduce inequality today?

Boustan: If you want to be really heroic and think about what this episode might mean for modern society, you could consider the wealth that was created over the past 20 or 30 years in Silicon Valley. If there was a major episode of a global or trade event, or some kind of policy that stripped 50 percent of that wealth away from the current wealth holders, what would happen to the children and grandchildren? What would happen to the families and social networks that wealth is embedded in?

If you can extrapolate from our research, it suggests that families who are holding wealth are also holding other forms of advantages and they are very connected to each other. Some of that connection through marriage might still happen that way today. Some of that might happen in terms of who is attending elite colleges and universities. It might happen at selective high schools. If you happen to be one of the families that was affected by the big shock but you know some other folks that are a bit more insulated and protected, you can draw on those resources and there can be a substantial amount of persistence there. We were quite inspired by the book, The Great Leveler, that talked about how in general wealth inequality is quite persistent but there can be episodes, such as pandemics, wars, or major policy changes, that for the short term might redistribute wealth. I just emphasize “short term,” because the question then is how persistent are the changes over time?

"The Intergenerational Effects of a Large Wealth Shock: White Southerners after the Civil War" appears in the November 2021 issue of the American Economic Review.

An interview with Leah Boustan about immigrant earnings, assimilation, and policy

Do immigrants to the US assimilate more slowly than they used to?