An interview with Leah Boustan about US immigration, cultural convergence, and policy 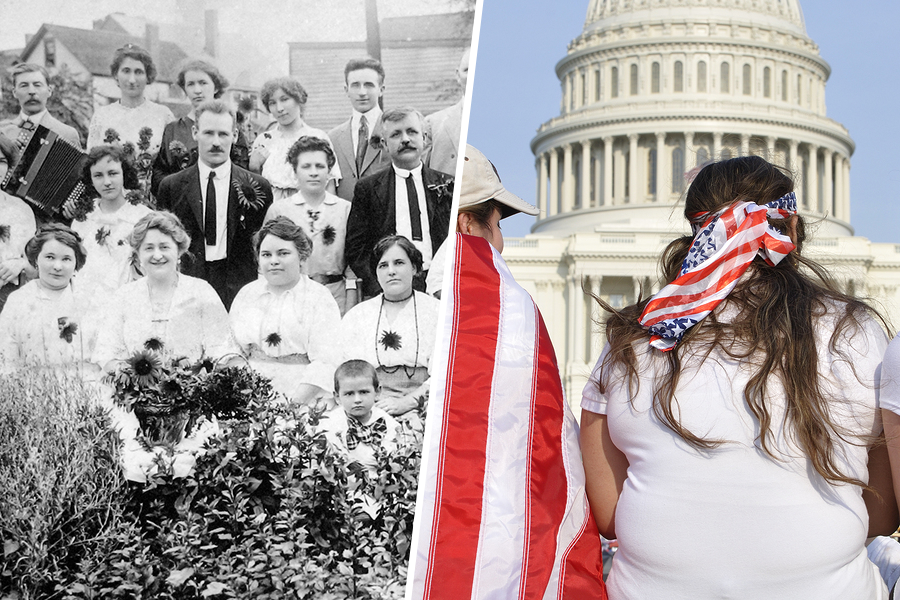 America has long called itself a nation of immigrants.

Baked into our mythology are stories of ancestors leaving desperate conditions in their home countries and arriving on our shores penniless, ready to build a new future in a land of opportunity. As the stories often go, these plucky immigrants eventually “made something of themselves” and achieved the American Dream.

But recently, America’s relationship with its immigrants has become more tense. Amid calls for “America first” and protecting domestic jobs, lawmakers have proposed enhanced border security and tighter restrictions on granting citizenship. The federal agency that oversees the green card program has even stopped referring to the United States as “a nation of immigrants.”

A paper in the December issue of the Journal of Economic Literature offers important historical context about the impact that immigrants have had on the American workforce and society.

Researchers Leah Boustan and Ran Abramitzky say that immigrants a century ago did not assimilate into the culture as quickly as previously believed and that today’s immigrants do not have the negative economic or social impact that many politicians proclaim.

The AEA spoke with Boustan about the impact that immigrants have had on the economy and what our experience can teach us about the larger cultural debate being argued today.

The following are the edited transcripts of two separate interviews with Boustan. The longer audio versions of those conversations can be heard by clicking on the media player below.

AEA: There's this perception of the American Dream of immigrants arriving here penniless and eventually catching up with natives. You say the evidence suggests that maybe that's not the case, nor was it ever. How so?

AEA: Can you give us an idea of what kind of jobs they were doing?

Boustan: First of all, we have a conception of immigrants arriving off the boat in Ellis Island and taking a manufacturing position in a big city like New York, and that's certainly true, but close to half of immigrants (in the late 19th century) were actually moving to rural areas... We see a lot of farmers and farm laborers. For immigrants that are working in an urban setting, they are holding a range of occupations that look very similar to natives with the most common occupation being a generic common laborer.

AEA: It sounds like in a lot of cases, these immigrants are ending up in the United States and they're finding themselves in positions or occupations that aren't that different from what they might have been doing at home. Is that something that is different for the recent wave of immigrants that we've seen in the last couple of decades?

Boustan: That's absolutely right that immigrants arrive with a set of skills that come from the educational system and the industrial composition of the country of origin. That's what we saw in the past  range of occupations as the immigrants are getting pulled from many different European countries with different specialities. It's roughly true today that you're more likely to see an immigrant in an industry that was highly represented in their home country. But what I would say the main difference is between immigrants in the past and immigrants today... is that immigrants today are almost uniformly positively selected from their home countries on the basis of observable skills. 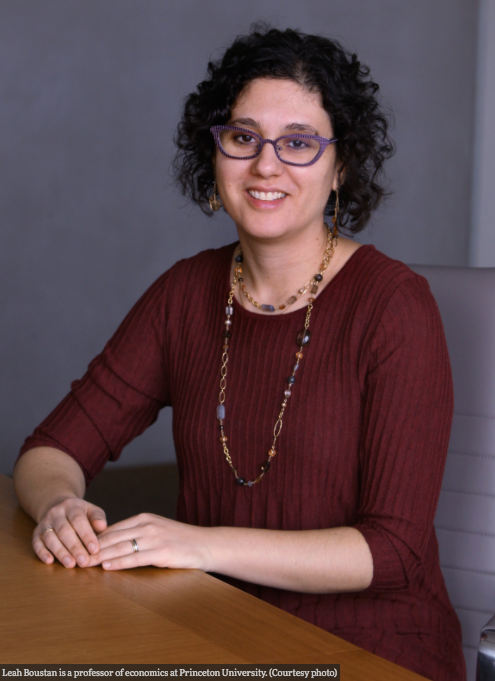 AEA: Can you explain who really are the winners and losers here when it comes to the impact that immigrants have on native workers?

Boustan: I'll come back in thinking of this question sort of starting out with the skills of immigrants in past and present. Today immigrants, from the US perspective, bring a very bimodal set of skills, so there are a lot of immigrants who are coming in with low levels of education and working in sort of low-skilled service jobs. But there are also immigrants coming in with a college degree or above. There's not as many immigrants who are filling in the middle. In the past, skills that the average immigrant brought to the US was much more in line with the skills of the average native worker.

If you then zero in to who the immigrants actually compete with in the labor market, there seems to be a lot of evidence that immigrants compete most directly with other immigrants. An immigrant arriving into your skill group matters much more to your wages if you yourself are an immigrant than if you yourself are a native. ... So, in terms of the winners and the losers, back to your original question, it seems like ironically the losers from new immigration are the old immigrants who arrived from those countries of origin five years ago.

AEA: What do you think it's going to take to help immigrants’ earnings catch up to natives faster?

Boustan: I wanted to bring up something that hasn't come up yet. There is some new work that we're doing on cultural assimilation. ... We've been trying to think about how do you quantify this. How do you measure whether an immigrant has tried to fit into US society? What's interesting here, just like with earnings convergence where we see relatively similar rates of earnings convergence over time, we're also seeing pretty similar rates of cultural assimilation in the past and the present as well.

We compare within the family the first child that's born after just a few years (in the destination country) and a second child who's born after more time has gone by. What we see is as immigrants spend more time in the US, they start switching to more names that are more common for native parents to be giving to their children. So that, initially, there is a gap between name choice of immigrants and natives. And that closes by about half after immigrants have spent 20 years in the US. … We try to do the same thing for modern day and we see very similar rates.

What can we do to try to speed up immigrant assimilation? I think one lesson that comes out of our work is that maybe we don't have to do very much. ... One answer might be, let it be and recognize from a better understanding of the past that these processes do take time and that pointing fingers at immigrants and saying, “No we did it faster or better and you're not assimilating as fast as these previous waves” isn't very helpful because it's not true.

AEA: The discussion (of immigration reform) that's been happening in Congress is centered around these four basic pillars: the DACA program, border security, the diversity VISA lottery, and family based migration. Is there one of those particular issues that you believe is most relevant to what policymakers are trying to achieve?

Boustan: I think the policy proposal that would have the biggest effect on the economy is one that you didn't mention, but one that has slipped in recently into public debate, which is slashing the number of legal slots for entry into the US. That tends to get tied together with the idea of reforming family migration. But it need not have been paired together.

The way that the Trump administration has put this forward is that we shouldn't have so many migrants entering through family connections, but rather than shift those numbers over to other categories, they're saying let’s just cut those numbers. It would be around a 40 percent reduction in the number of legal entrants to the US. I think that that would likely have the biggest effect because, to the extent that migrants affect the outcomes of native workers, now we have a big change in labor supply. To the effect that immigrants affect economic growth or innovation we have a big change to the entry. And to the effect that immigrants who arrive through legal channels are differently selected than immigrants who arrive through undocumented channels would have a big effect.

AEA: What do you think is most missing from the public conversation we're having right now about immigration?

Boustan: I think that many of us were blindsided by the importance of immigration in the campaign in 2016. ...I think economists were especially surprised, because many of our studies find that immigration has a small impact on the labor market. So, we're left with this puzzle. If immigration doesn't really hurt native workers that much, why is there a set of people who are so agitated about it?

It's possible that there are pockets of areas where there's a lot of competition that's missing when you look at a big aggregate study, or it's possible that really economics is not really the story but it's more a concern about cultural difference, xenophobia, racism. And so getting a handle on the political economy is where I think that, as economists, where our literature should go and that sort of ties into the public conversation as well.

"Immigration in American Economic History" appears in the December issue of the Journal of Economic Literature. The music in the audio file is from Podington Bear.