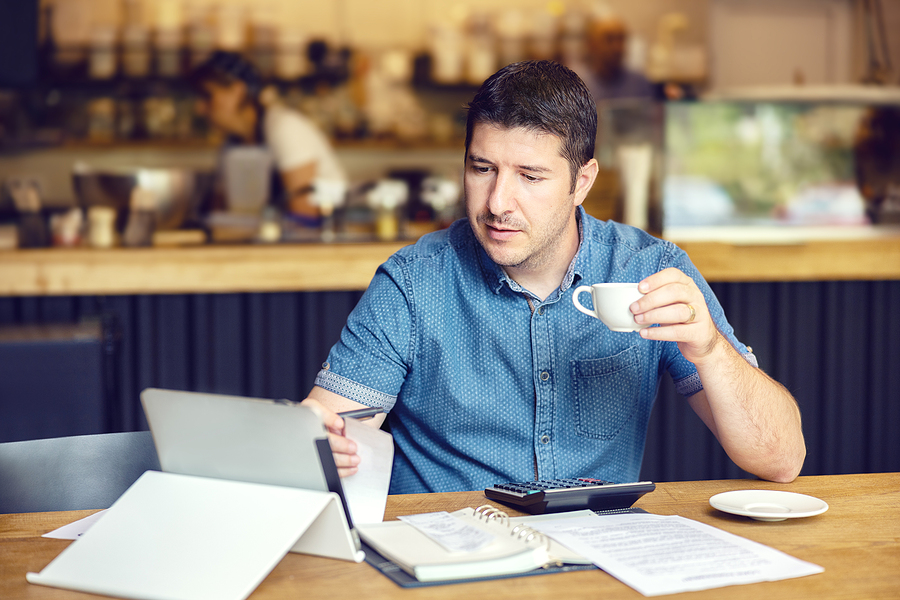 Entrepreneurs hold a special place in capitalist societies. Politicians praise highly successful people like Bill Gates as the engines of economic growth. And the public generally admires them for their courage and risk taking.

However, even the most fearless usually need some kind of insurance policy. Without more than a little luck, start-ups easily go belly up.

A good social safety net can catch those high-flyers if they do come crashing down. Still, government-mandated social insurance can just as easily hold them back, according to a paper in the June issue of the American Economic Review: Insights.

Authors Youssef Benzarti, Jarkko Harju, and Tuomas Matikka found that after relaxing mandatory pension requirements, entrepreneurs in Finland were quick to reinvest in their businesses.

The authors’ findings are evidence that entrepreneurs may have more social insurance than they want. Their paper also offers key insights into how to tailor such programs for firms depending on their stage of development.

Entrepreneurship really creates jobs. It really drives GDP. We really want to be careful about that sector of the economy.

“Entrepreneurship really creates jobs. It really drives GDP,” Benzarti told the AEA in an interview. “We really want to be careful about that sector of the economy.”

Benzarti and his co-authors’ work is one step toward locating the right balance between enough insurance and enough cash for start-ups to flourish.

To help understand these trade-offs, Benzarti and his co-authors looked at a change in Finland’s pension contribution rules.

Before 2011, entrepreneurs who owned more than 50 percent of their firm had wide discretion over how much they had to contribute to Finland’s public pension program for the self-employed. However, owners with shares below that threshold could not choose their contribution rates. Instead, they were firmly tied to earned income.

In 2011, that 50-percent threshold dropped to 30 percent—an abrupt shift ideal for difference-in-difference analysis.

That’s only one side of the ledger though.

The new money went in several directions. Some of it was used to increase payrolls and investments. The rest of it was saved to improve company finances.

But it was predominantly the youngest businesses—less than five years old—that put their extra cash back to work and ultimately increased sales. Older companies largely bought back stocks to increase their own value, without necessarily expanding operations.

“You see that the effect is really larger for zero-to-two-year-old firms and then is a little smaller for two-to-four-year-old firms, but then it just fades away,” Benzarti said.

Relaxed requirements
The chart below shows the effect that relaxed contribution requirements in 2011 had on young firms (less than 5 years old). The treatment group consisted of entrepreneurs with 30-50 percent ownership, while the control group had 51-70 percent ownership. Sales, labor costs, investments in machines and equipment, and stock holdings are measured in logarithms relative to 2010. 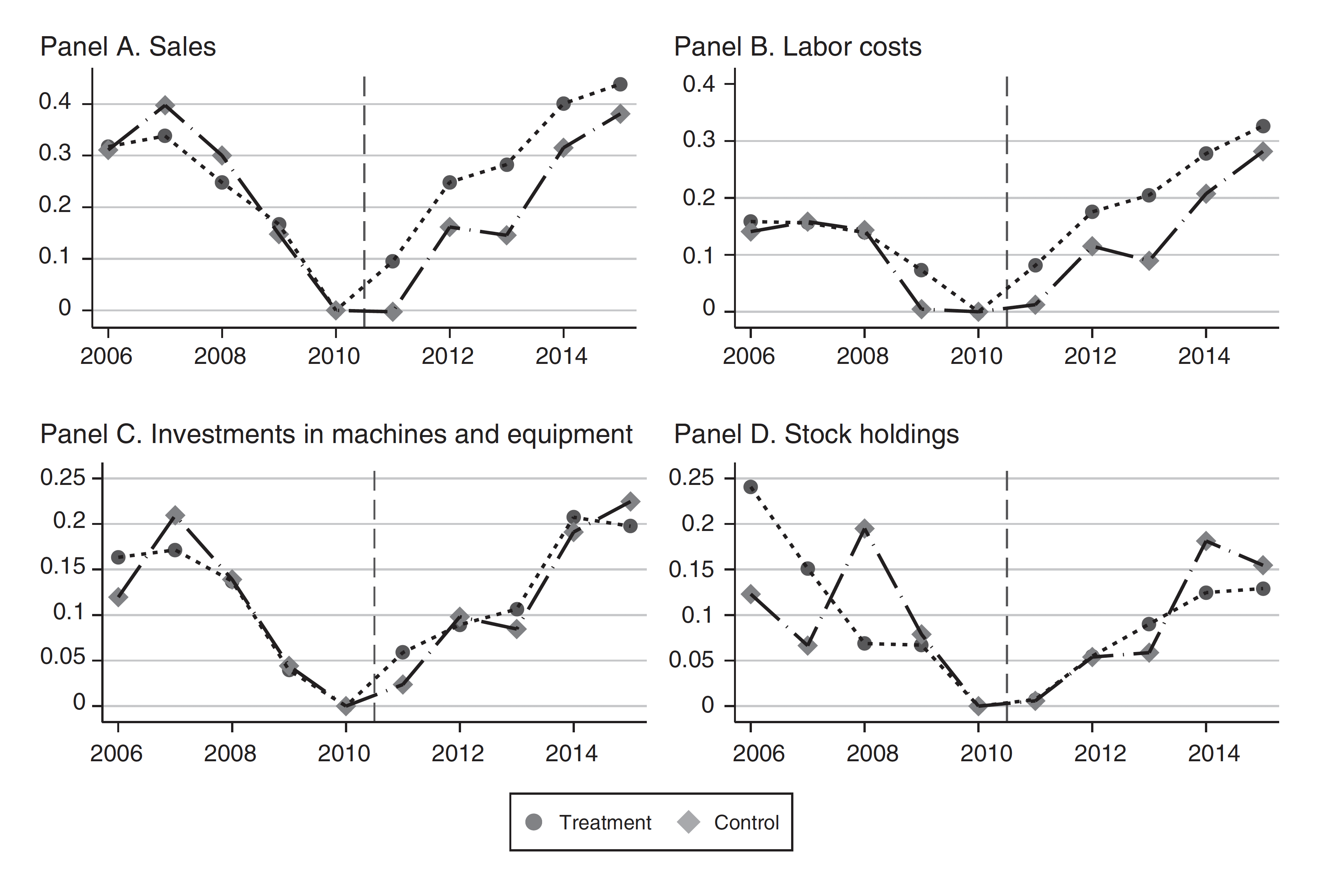 This young-old distinction is important, because it shows that insurance requirements and entrepreneurship may be more compatible than appear at first blush.

Governments can give fledgling entrepreneurs a break until they are established. Then, when start-ups are more mature, administrators can collect payments without hurting business growth.

In fact, France already designs social programs in such a way. Many of its start-ups benefit from reduced contribution rates—some are exempt altogether—for the first year or so of business. But if a new company fails, founders don’t miss out on a range of social benefits.

Countries like the US, which is in a period of declining entrepreneurship, could especially benefit. Instead of policymakers fighting over all-or-nothing reforms, a compromise could give entrepreneurs, and other citizens, a safety net while staying out of the way of business growth.