Evidence from micro-enterprise in India 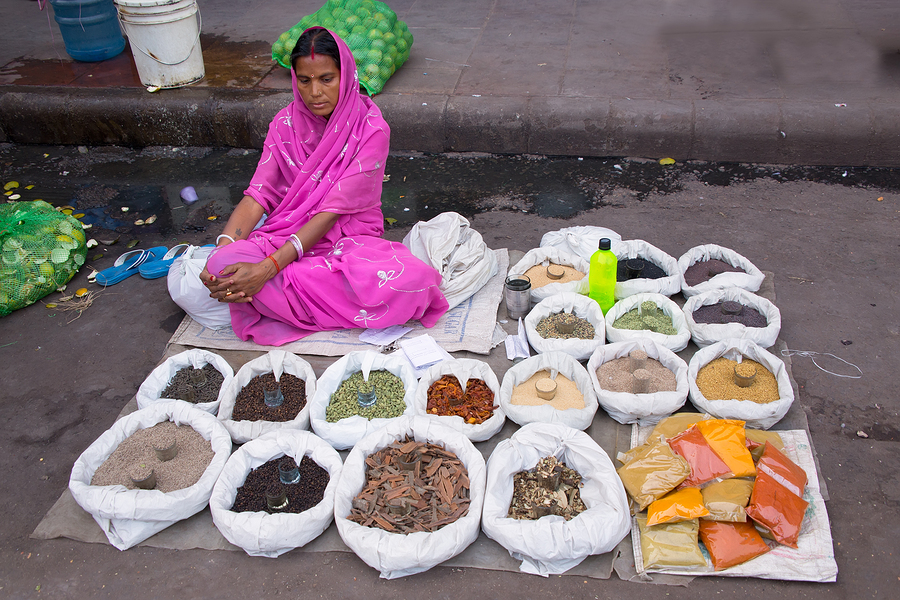 The last year has seen a rise in reporting on the lack of gender parity among Silicon Valley entrepreneurs. These stories portray culture that is at times openly hostile to women, with harrowing accounts of sexist behavior and dismissive treatment of female entrepreneurs in the male-dominated world of venture capital funding that is crucial for growing companies trying to find traction.

Despite this media focus on young entrepreneurs trying to build the next hot tech startup, most of the world’s entrepreneurs operate far from Silicon Valley and don’t have to worry about appealing to venture capitalists on Sand Hill Road. The average entrepreneur is operating in a low-income country with no employees and very little capital, selling vegetables at market or stitching clothes for sale. These entrepreneurs aren’t wooing angel investors or pushing for lofty valuations, but instead making modest business plans and doing their best to reduce costs and earn a living.

Despite this dramatically different entrepreneurial environment, there is a gender gap in the world of microenterprise as well. A number of “cash drop” studies in recent years have shown that male entrepreneurs tend to outperform female entrepreneurs when they are given seed money by researchers to start new businesses.

This may be triggering a vicious cycle that leaves female entrepreneurs with fewer role models and smaller support networks, reducing their numbers and discouraging other women from even trying to strike out on their own in the first place. A study appearing in the May issue of the American Economic Journal: Economic Policy tests this hypothesis with an experiment designed to bolster the peer networks of aspiring female entrepreneurs in India.

In Friendship at Work: Can Peer Effects Catalyze Female Entrepreneurship? (PDF), authors Erica Field, Seema Jayachandran, Rohini Pande, and Natalia Rigol partner with SEWA Bank, India’s largest women’s bank and a resource for poor entrepreneurs who need loans or advice about starting a new business. The authors recruited 636 participants in Ahmedabad, India who banked with SEWA over the past year and split them into three groups.

The first group was invited to attend a two-day business counseling course taught by experienced SEWA instructors that covered the basics of business and accounting and featured inspirational stories of successful entrepreneurs who took out loans from SEWA. Students were encouraged to set financial goals and were given one-on-one help in developing specific business plans.

The second group of women each received the same invitation, but were also asked to provide the names and addresses of three friends who might be interested in the program, one of whom was then picked at random to be invited to take the course alongside her friend.

Peer support can inspire micro-entrepreneurs to keep at it
Weekly hours of work for women who participated in different arms of the authors' experiment, as reported in a follow-up survey four months later. The women who were invited to receive a two-day business counseling course, and especially those who were invited to train with a friend, were more likely to be working and to be working more hours in the months following the experiment.
Source: survey data collected by Field et al. (2016)

A final group of women was designated as a control group and not invited to take the training course, but they still answered the same surveys as the other participants for the purposes of comparison.

Each participant was asked to complete a baseline survey before the experiment and a follow-up survey four months after the training was completed so that the researchers could see how the women’s business practices and entrepreneurial fortunes responded to the training.

The follow-up survey revealed small but significant differences in the trajectory of each group. Women who had been invited to train with a friend borrowed more from SEWA and tended to put these loans to use to grow their businesses. This same group reported higher household income and more hours worked per week on average, and were more likely to have business plans to increase revenues. By contrast, the women who were invited to train alone showed no statistical differences for these outcomes relative to the control group that was not offered the training course.

The authors also note that the women who trained with friends were much less likely to describe their occupation as “housewife.” Even though this term didn’t have a specific definition in the survey, the result speaks to differences in how the women perceived themselves.

Why might have training with a trusted friend helped these micro-entrepreneurs succeed? There is plenty of business research showing that healthy social networks are key to entrepreneurial success. Friends and colleagues can be helpful in finding capital, identifying new business opportunities, and sharing risk in the event of a downturn. The authors don’t have enough data to tell if the women who trained with friends used their social networks in these ways, although there is some limited evidence that they set slightly more ambitious financial goals during the course.

One possible way of interpreting those [earlier studies where female entrepreneurs struggled] is that women are not good entrepreneurs. However, our findings challenge such a conclusion. Specifically, women who attend a business training with a friend are able to expand their businesses and increase household earnings and expenditures. This suggests that rather than being bad entrepreneurs, women may be constrained in ways that men are not.

The beneficial effect of expanded networks are most apparent when looking at the entrepreneurial record of the women in the study who faced the most social restrictions. The researchers asked the participants about their personal autonomy, covering ground such as whether they could freely speak to elder family members, were allowed to go to school, or able to travel outside the home without permission. They then identified a quarter of the women who had the most restrictions based on their answers.

The data show that this subset of women seemed to gain the most from the opportunity to train with a friend and deepen their entrepreneurial social networks. The sample size is small, but the evidence suggests that these women, when invited to train with a peer, improved their business practices the most relative to the control group, worked more hours, and saw increases in their incomes.

The authors note that business training for aspiring women entrepreneurs is a common strategy in low-income countries. The results of their experiment suggest that this training as is might not necessarily be very effective, but if augmented, it could be quite effective, especially for women with restrictive social backgrounds.

This same lessons might be applicable in the tech entrepreneurial setting as well, despite the different goals and resources. It’s not like richer, better-educated entrepreneurs are immune to peer effects: research shows that U.S. business school students are more successful entrepreneurs if they are randomly assigned to courses with entrepreneurial classmates. Understanding the subtle ways that peer networks and peer encouragement can affect success might help unleash untapped entrepreneurial potential from the street markets of Gujarat to the open-plan offices of Silicon Valley. ♦

“Friendship at Work: Can Peer Effects Catalyze Female Entrepreneurship?” appears in the May 2016 issue of the American Economic Journal: Economic Policy.

How a revolution in divorce laws changed U.S. marriages