Rereading "The Road to Serfdom" 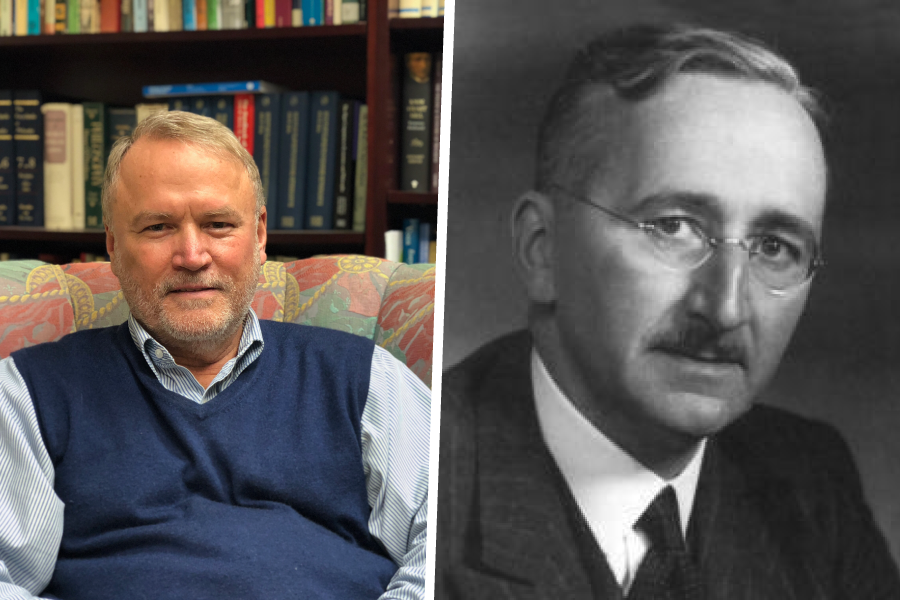 Friedrich Hayek, one of the giants of 20th century economics, did important work on everything from business cycles to psychology, earning a Nobel Prize in economics in 1974.

However, Hayek is most well-known for his book The Road to Serfdom. Since its publication in 1944, it has been cited by many leaders and politicians as a proof that countries that experiment with socialism will inevitably end up as totalitarian states.

But Duke economist Bruce Caldwell says that Hayek’s message in that famous work was often misinterpreted by contemporaries and later generations.

He sets the record straight in the September issue of the Journal of Economic Literature by expanding on Hayek’s thinking and the intellectual climate in which Hayek was writing.

Just as important, Caldwell’s research shows the importance of digging into the origins of economic debates.

Caldwell recently spoke with the AEA’s Tyler Smith about the intellectual backdrop to The Road to Serfdom, the challenges of writing for a wider audience, and the history of economic ideas.

The edited highlights of that conversation are below. The full interview can be heard by using the podcast player. 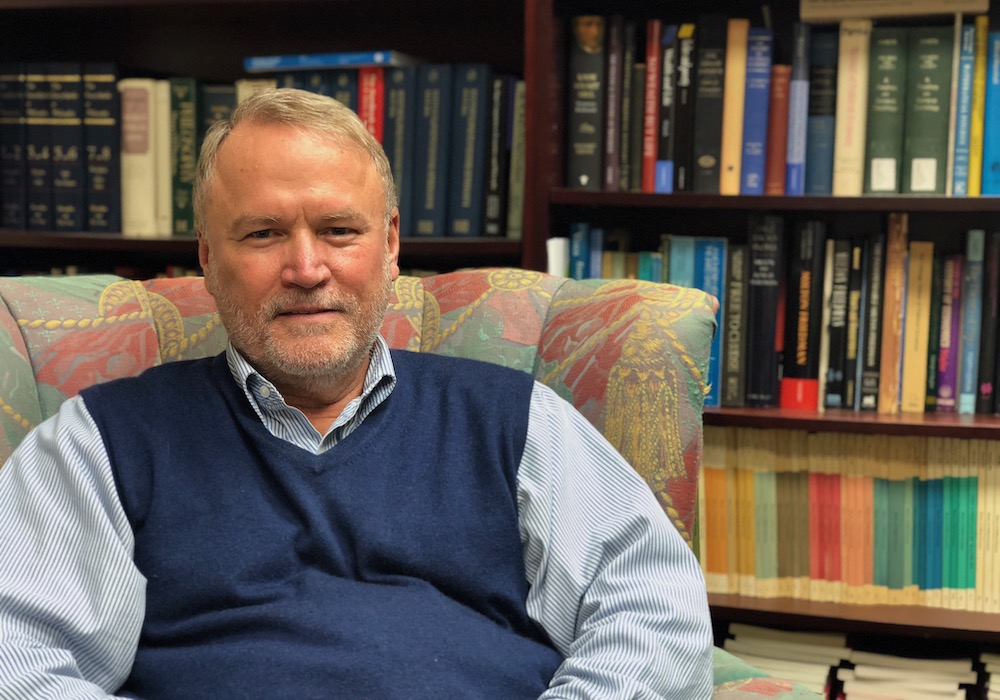 Tyler Smith: Who was Hayek arguing against? Can you take listeners back and explain the intellectual environment in which Hayek was writing The Road to Serfdom?

Bruce Caldwell: Hayek comes to London from Vienna in 1931, gives some lectures, ends up getting a position at the London School of Economics, engages in debates with Keynes in the early part of the 1930s and with socialists. . . . It looked like capitalism had just simply collapsed and was no longer a viable approach to an economic system. Liberalism seemed dead.

The alternatives that were in Europe—the rise of fascism, the communist revolution in the Soviet Union—these didn't seem to be particularly attractive alternatives to liberalism. So for most of the intellectuals of socialism, socialist planning was viewed as a middle way and a way towards the future. And in fact, the popularity of it was so widespread, it was not an academic debate. These are people who said the Soviet Union provides a model. They felt that the communist system there greatly supported science and that science would enable us to basically eliminate scarcity.

Smith: What was Hayek’s message to the people tempted by socialist ideas?

Caldwell: The basic argument that he's making is that when you concentrate power in the hands of few people in a socialist regime, . . . the government is everyone's boss in terms of producing goods, and they make allocation decisions about jobs that people will have and decisions about what sorts of goods are going to be produced. And in this sort of set up, he said, people are not going to be happy. They're not going to like the decisions that get made. They're going to want to resist it. People who are responsible for making those allocation decisions, if they're decent people, they're going to realize that every decision they make that helps one person is going to hurt somebody else. All this gets treated impersonally through a market system, but it's all personalized when you have a [socialist] kind of setup. And he said this is setting up a situation where bad people, if they get into power, they'll have all of the strings at their disposal to pull to stay in power. . . . You're setting up a situation where you could have real dangers of abuse of power. So it was a warning. It was a warning to his socialist comrades.

Smith: After he publishes The Road to Serfdom, who are the people who initially champion its ideas, and how successful was Hayek at spreading those ideas?

Caldwell: In England, they were having an election following the war. It was Churchill versus Atlee, a Conservative versus the Labour leader. And Churchill gives a speech that's been called subsequently the Gestapo speech, where he says, if we go socialist, we’ll have the Gestapo following soon thereafter. Atlee gets on the radio the next night and says, this guy is following the ideas of this Austrian, a theorist, Friedrich August von Hayek. And this is right at the end of the war. So, of course, this sounds like this is another German. It got picked up by the conservatives in England as a cudgel by which to beat a party that they were trying to represent as the party of Harold Laski.

In the United States, people worried about the New Deal and what kind of set up would be in place after World War II. On the conservative side they said, look, here's a book called The Road to Serfdom. Boy, you know, if we have any more government intervention in the economy, it will put us necessarily on the road to serfdom. . . . People who proposed more intervention in the economy—this is particularly in subsequent decades—would say, look, we have an extensive welfare state, but we don't have any gulags.

All of these interpretations read Hayek as making some form of prediction about what would happen if you have a little bit of government planning. That was not his argument at all. . . . The argument is a warning of what happens if you concentrate power in such a way that Hayek has described in the book and what the potential dangers are when you have a situation like that.

One reason why I'm fascinated by the history of economics is that when you actually read the stuff that people wrote . . . the real story is much more interesting and nuanced and enjoyable and thought-provoking.

Smith: Why do you think it's important that economists explore the origins of their discipline's thinking?

Caldwell: Professional training is a form of brainwashing. If you're going to be a good economist, whenever you look at some sort of social phenomena, you're going to see it through the eyes of an economist. And that's what all of your training is pushing you to do. What the study of the history of economic thought is to say, well, wait. First of all, where did this particular vision come from? But secondly, were there other ways of looking at these things? What happened to the people who were saying, maybe, there's a different way of thinking about justice in the marketplace? . . . So it allows you to try to see alternative views. And it also, I think, emphasizes that the present is not the culmination of all knowledge. It's not the pinnacle of all knowledge.

Smith: If you could speak to the young economist who's interested in the history of economic thought, what would you like to say to them?

Caldwell: Take a look at the website for the Center for the History of Political Economy. This is a center that I direct at Duke University. We have, in the past, run summer institutes aimed directly at graduate students in economic programs—PhD programs around the country and overseas. We bring them to Duke for two or three weeks and give them a short course in the history of economics. . . . We try to give them some ideas about where economics today came from, where it may have gone astray or got things right, help them to engage in those sorts of discussions as a liberally educated individual and not just somebody who has been so narrowly trained. As I said, professionalization means narrow training,  . . . but if you try to broaden it a little bit, it can have some real benefits.

"The Road to Serfdom after 75 Years" appears in the September issue of the Journal of Economic Literature. Music in the audio is by Podington Bear. Subscribe to the monthly Research Highlight email digest here.