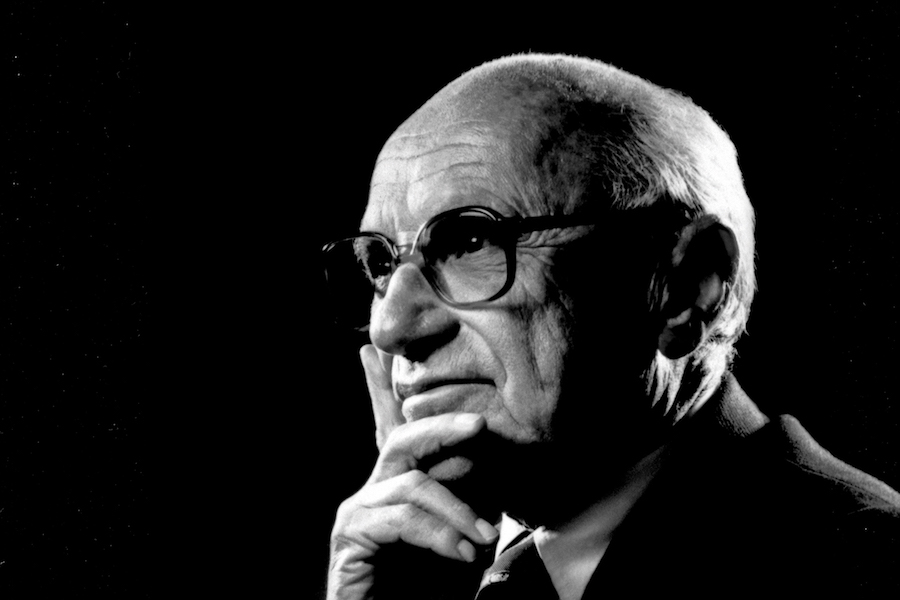 By The Friedman Foundation for Educational Choice via Wikimedia Commons

The relationship between inflation and unemployment is known as the Phillips Curve, but it has not been a reliable predictor of inflation over the past decade. Even though unemployment has dropped from ten percent to about four percent since 2009, inflation has not risen.

However, a recent measure of wage growth was higher than expected, sparking a fear that the low unemployment is finally causing a surge in wages and will ultimately induce inflation. Because the Federal Reserve may react by raising interest rates, people began to sell off their stocks. These fears resulted in the recent market volatility.

Debates about inflation and unemployment are nothing new. Ever since the 1950s, economists have been trying to understand the exact relationship between these two concepts. Given the current return to this debate, examining the history of these ideas — as a new paper in the February issue of the Journal of Economic Perspectives does — is critical to how we view them in a modern context and apply them to economic policy. To understand the economic landscape today, “It’s really important to have a look at what the concepts are all about and what you can expect them to deliver,” says author Johannes Schwarzer. “If you look at the textbook story, you don’t see the full picture.”

The paper details how two main arguments about inflation and unemployment developed in the mid-twentieth century. The first saw the Phillips Curve as a “cruel dilemma” that forces policymakers to choose between price stability and full unemployment. The second, as advocated by Milton Friedman, does not see a long-run conflict between these two goals.

Inflation or unemployment?
Zoom in by highlighting sections of the graph. The 1960s shows inflation rising when unemployment falls, as predicted by the Phillips Curve. The 1970s experienced stagflation, a period of high unemployment and high inflation, and the recent decade has experienced the opposite. 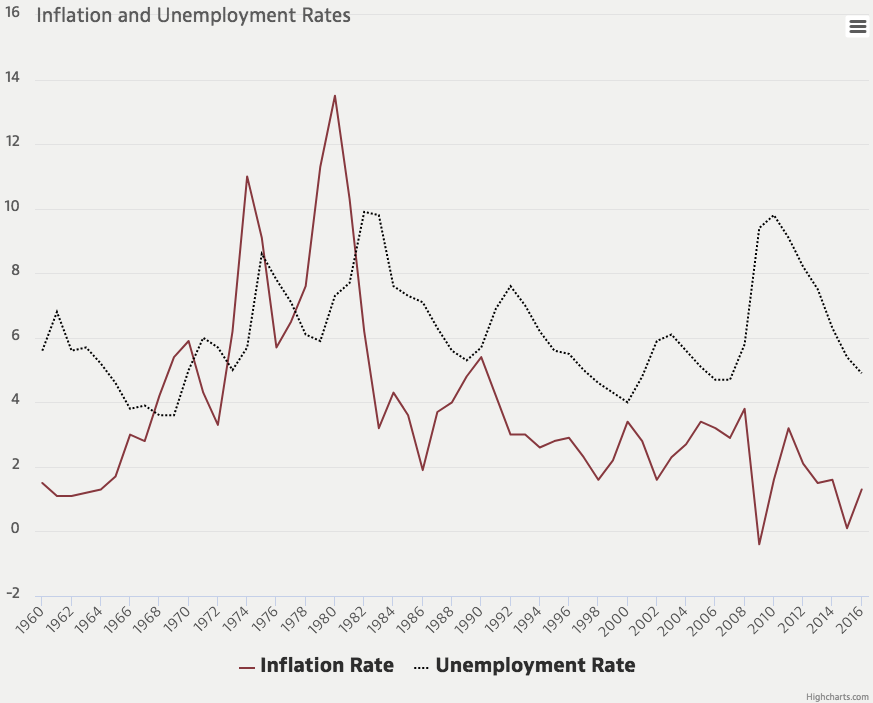 One major disagreement was about how unions affect inflation. Proponents of the Phillips Curve saw unions as a force that would increase wages excessively, causing inflation whenever the labor market approached full employment. However, Friedman argued that the economy would always return to its natural rate of unemployment. He defined the natural rate as the minimum unemployment rate compatible with a stable rate of inflation, as determined by the structure of the labor market. So, monetary policy could not push unemployment beyond this natural rate for long; soon enough, people’s inflation expectations would adjust and employment would return to the natural rate. Many economists took issue with this, saying that Friedman was unfairly defining away the conflict between the two policy goals.

These arguments have implications for monetary policy. If unions — or any other pressure that increases wages or the prices of raw materials — do represent a link between unemployment and inflation, then monetary policy must aim to balance these two goals. If these cost-push forces do not influence long-run inflation, as Friedman argued, then the Federal Reserve must shift its focus to inflation alone. Moreover, the Federal Reserve must view people’s inflation expectations as a determinant of long-run inflation — an idea that continues to be influential.

The discussion is still very active.

Today, most economists agree that there is no long-run conflict between price stability and full employment, but the short-run relationship between the two policy goals hinges on how these concepts are defined. For example, the Phillips Curve’s primary implication is that excess demand for labor leads employers to compete for workers. In other words, low unemployment causes employers to raise wages. This may be a timeless insight, but without a complete understanding of how to accurately measure excess demand, acting on it is difficult for central banks like the Federal Reserve. Plus, the definition of excess demand may change over time or be different across countries. Unless economists can accurately define this concept, the Phillips Curve may appear to be irrelevant.

Both in Friedman’s time and today, nuanced definitions of fundamental economic concepts, such as the natural rate of unemployment and excess demand, have informed how economists view the world and how policymakers shape it. Decades after the debate of the 1960s, says Schwarzer, “The discussion is still very active.”

"Retrospectives: Cost-Push and Demand-Pull Inflation: Milton Friedman and the 'Cruel Dilemma'" appears in the winter issue of the Journal of Economic Perspectives.