Finding the best person for the job 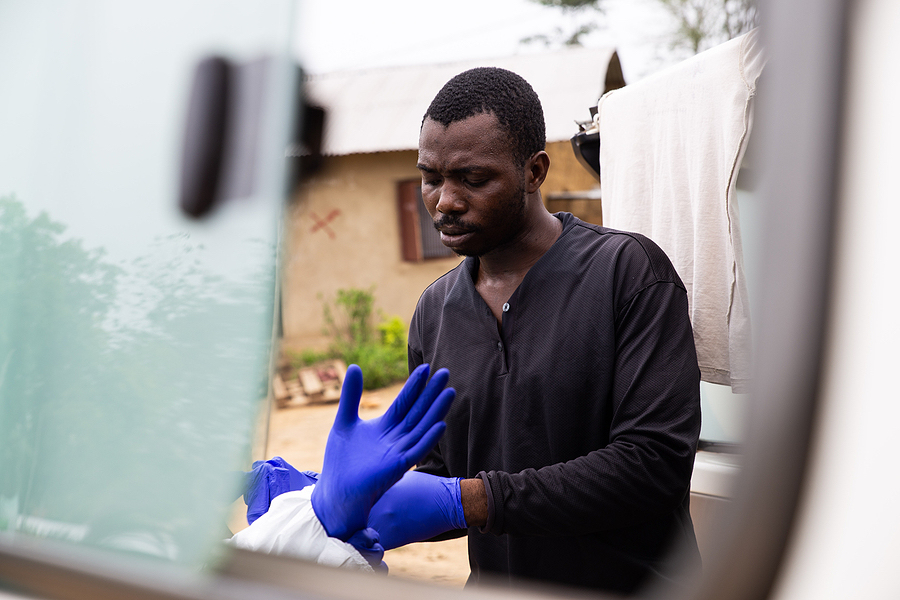 While doing research in Zambia in 2010, economists Oriana Bandiera and Nava Ashraf were approached by the Ministry of Health. The director of research wanted to know how to attract more talented workers.

“He asked us the exact question that we wanted to answer, which was what's going to happen if I give them career incentives?” Bandiera told the AEA in an interview. “If I put them on the career ladder at the Ministry of Health, will we get people with less sense of community?”

It’s a question that gets to the heart of what motivates people to do good work. And the answer has consequences for how well governments can deliver services to some of their most vulnerable citizens.

Bandiera, Ashraf, and their colleagues Edward Davenport and Scott Lee found that it is possible to hire talented people that also have a strong motivation to serve.

They published the results of their experiment in the May issue of the American Economic Review.

In Zambia, like in many developing nations, informal groups such as churches and charities fill the void where the government isn’t providing basic information or support. But many states are trying to fix those shortcomings by building modern, professional public workforces.

In particular, Zambia made a push to hire so-called community health assistants in 2010. The Ministry of Health needed charismatic social workers to convince people to visit healthcare facilities for childbirth or illness and also to practice healthy habits at home like hand washing.

The government knew that it needed assistants with a strong desire to help.

“Being motivated by public service is a very useful attribute when delivering public services that can't be monitored perfectly,” Ashraf said. “You want people who care about the community.”

They worried that offering career incentives might attract talented people who were primarily interested in advancement instead of the work itself.

To test that possibility, the authors created two different community health assistant advertisements: one that emphasized career opportunities and another that only mentioned public service.

The two advertisements were randomly distributed among forty-eight districts in Zambia.

Apply now!
The figure below shows the two advertisements used in the authors' experiment. The one on the left highlights career benefits, while the one on the right focuses on commitment to community. 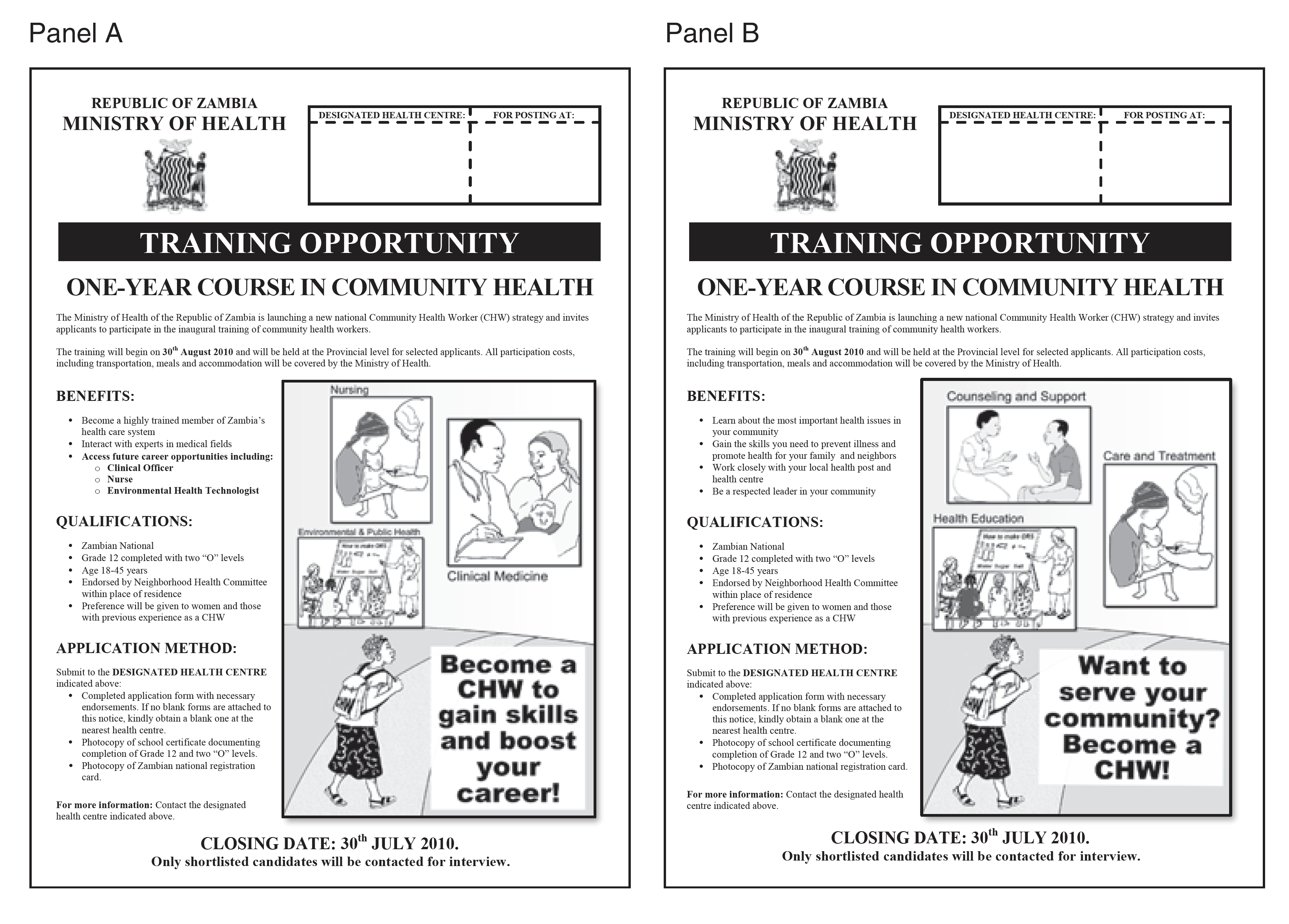 The career-oriented posting did in fact attract a pool of more talented and less socially motivated applicants on average. But crucially, the most talented in this group—and the ones actually hired—were just as prosocial as the best applicants in the districts that got service-oriented postings.

The key was that while the government was offering a job with good benefits, it wasn’t better than typical private sector jobs. So, community-driven, highly skilled individuals were disproportionately attracted to health assistant positions.

The finding highlights the importance of recognizing outside options when trying to predict how people will respond to incentives.

No less important, the program's ultimate goals were successful. The workers recruited with career benefits organized more gatherings and visited more households than their counterparts. And this outreach actually convinced people to adopt healthier practices. Children’s medical checkups, rates of vaccination, and deliveries at healthcare facilities all rose significantly.

The findings come at a moment when Zambia and other developing countries are struggling to spread knowledge about COVID-19 and manage its consequences. The researchers’ work shows that a skilled professional civil service could be part of the solution.

“Losing Prosociality in the Quest for Talent? Sorting, Selection, and Productivity in the Delivery of Public Services” appears in the May issue of the American Economic Review. Subscribe to the monthly Research Highlight email digest here.

The unintended effects of incentives

An experiment to get kids eating healthy shows how theories can miss key nuances in the real world.