The unintended effects of incentives

An experiment to get kids eating healthy shows how theories can miss key nuances in the real world. 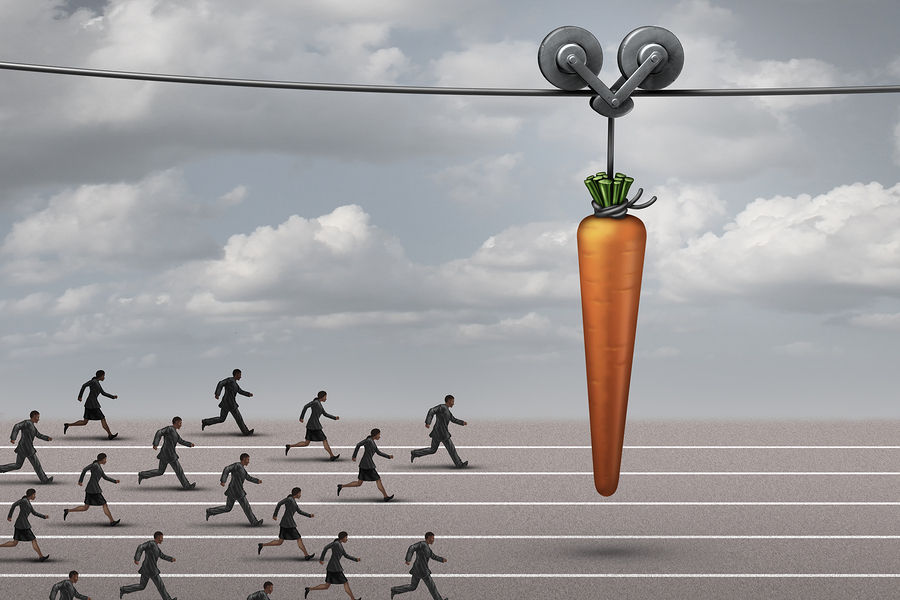 Everybody knows that incentives matter.

A parent dangles the reward of dessert to convince a child to eat broccoli. A corporate board offers bonuses to push executives to hit earnings goals. Incentives shape our actions and how we structure the world.

But just because an incentive proves effective in one context, doesn’t mean that it will work all the time or even in the same way. Indeed, one minor tweak could make it ineffective.

A paper in the American Economic Journal: Economic Policy digs into some of the nuances around the spillover effects and how one factor—in this case, revealing an incentivized choice to others—results in the opposite of the intended effect. The research holds lessons not only for policymakers, but also economists whose theoretical models inform the design of real world programs.

“You’d think that giving maximum incentives means maximum compliance,” said coauthor Manuela Angelucci in an interview with the AEA. “But it doesn’t.”

Using a field experiment in Chicago-area elementary schools, Angelucci and coauthors Silvia Prina, Heather Royer, and Anya Samek teased out a nuance that they say is important to understanding how incentives are structured and the kinds of signals they send.

The experiment involved getting young children to choose grapes over cookies at lunch. Some fraction of kids at each table received a card that could be cashed in for a small toy prize as long as they chose the healthier option. Importantly, the children could change their minds after seeing what other kids at their table chose, which allowed researchers to measure the spillover effects.

Unsurprisingly, the incentive worked, leading to a 53 percent increase in the share of incentivized kids who chose grapes. It also had spillover effects, leading their friends to choose grapes too.

Grapes or Cookies?
Incentives aimed at convincing kids to choose a healthy snack worked. The more kids who were offered incentives, the more ended up choosing grapes. But when everyone could see who was getting the incentive, there was a point at which it started to backfire. The chart below shows that, when they were kept private (the light gray line), then the share of kids who chose grapes steadily increased. But when public (black line), there was a point at which kids started going in the opposite direction and chose cookies. 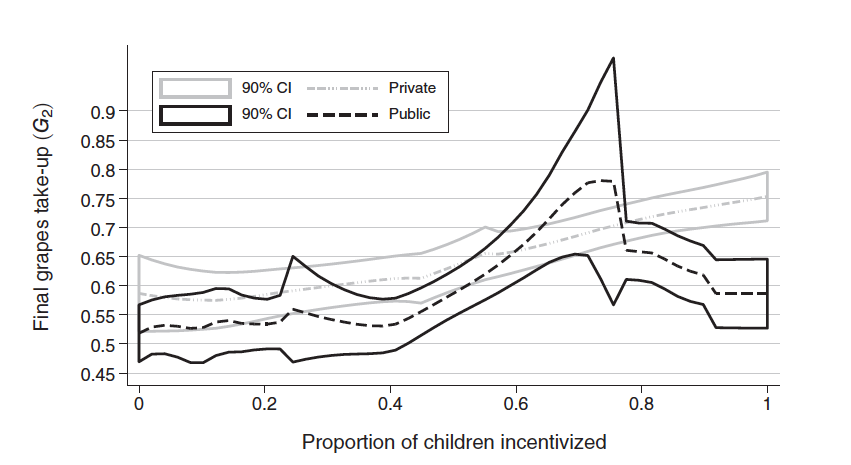 Seeing that their friends were basically being bribed to eat healthy, many children decided to go for the cookies instead.

The negative spillover effects were large enough to cancel out any gains from getting kids to choose a healthier snack.

We have all these interesting insights about human behavior and the function of markets and incentives that come from economic theory, but then the implementation is as important as understanding the principle.

It’s tough to say why, but the authors think that it sent a negative signal to their peers.

It was an important twist in their experiment. If they’d only kept the incentive private, they may have come away thinking that it would work when scaled up. Offer all of the kids some prize, and they’ll choose a healthy food. But that’s too crude. The choice about whether to make it visible was as critical as to whether or not they had the right “carrot” to dangle in front of the kids.

“We have all these interesting insights about human behavior and the function of markets and incentives that come from economic theory, but then the implementation is as important as understanding the principle,” Angelucci said.

A powerful incentive to save

Can a temporary banking promotion have lasting effects on financial behavior?