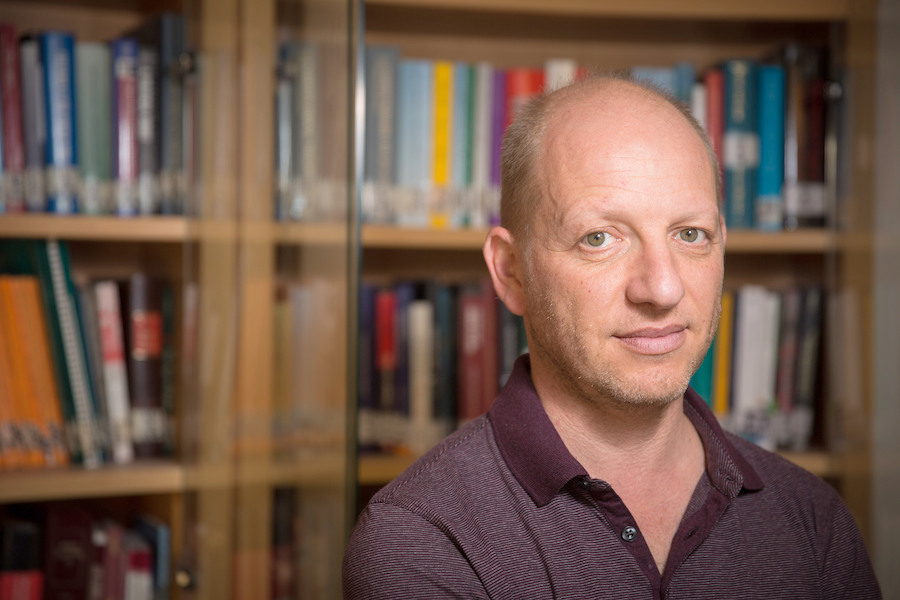 Yotam Margalit is a professor of political science at Tel Aviv University.

Populism’s rise has sparked fundamental questions for advanced democracies around the world.

Perhaps the biggest question is why it’s happening. Some research points to economic explanations. Americans who grativated to President Trump’s nationalistic appeals and British voters who approved leaving the European Union were frustrated by job losses associated with globalization. And that anxiety made them susceptible to politicians who promised to claw back their economic power.

Political scientist Yotam Margalit says that explanation is overstated. He says that long-term cultural changes, like growing ethnic diversity and the shift toward urbanization, are bigger factors underlying the populist appeal.

These changes have sparked resentments among some groups that threaten to undermine liberal democracy itself.

Margalit spoke with the AEA’s Chris Fleisher recently about populism’s rise, the interplay of cultural and economic factors in driving it, and whether there’s anything that can be done to answer it.

The edited highlights of that conversation are below and the full interview can be heard using the podcast player below.

Fleisher: What do you mean when you talk about populism?

Yotam Margalit: I'd say that populism is characterized first and foremost by it's claim to represent the will of the people versus some “other,” and that other is typically represented as a corrupt and self-serving elite. Populists challenge the location of power and authority of the state and contend that the only legitimate source of political and moral authority is the one that rests with the people.

Populists tend to advance the assertion that most of the political ills facing the nation have self-evident solutions and that people's common sense is better suited to deal with those ills than the ideas of the so-called experts: elected officials, or judges, or scientists. And the reason why this common sense of the people hasn't been utilized, according to populists, is because of the corrupt self-interest of the political elites.

Fleisher: When it comes to why populism is on the rise, the explanations tend to fall in these twin categories, which is there are cultural reasons and there are economic reasons. What do you think is going on?

Margalit: It might be good to define very broadly what the economic insecurity narrative is. By and large, different scholars and different studies center on different causal factors, but the broad narrative is that a certain development—be it globalization, trade shocks, immigration, technological change or the financial crisis—has transformed labor markets, generated a high degree of dislocation, and as a result, caused widespread economic insecurity. The rise in insecurity is argued to have eroded voters' trust in the political system and led the losers of economic change to opt for populist leaders and parties.

I think there's certainly some truth in this view, but... I think this argument is overstated. I think that the cultural explanation has a good deal of truth in it more than some of those economic factors studies tend to recognize.

Fleisher: One of the popular explanations for how President Trump was able to crack the so-called “Blue Wall” in states like Pennsylvania, Wisconsin, and Michigan, is that it was his appeal to globalization's losers that enabled those wins in those states. And there's been some research that seems to support that theory. You don't think that's necessarily the case. What do you think explains that phenomenon?

Margalit: There's a slight correction here. I think the studies that you're referring to are actually correct and that there's an argument to be made that by shifting some of the vote in the margin among globalization's losers, particularly in some key swing states, that helped tip Trump over the edge and into victory. But my argument... is that we're conflating between two concepts, what I label as outcome significance and explanatory significance.

Both Trump's victory and the Brexit vote were decided on very few votes. In the Brexit vote, we're talking about a margin of less than 4 percentage points. Both in the Trump case and in the Brexit vote, there is research that shows us that some of the impact of globalization, particularly exposure to imports from China, led to some groups losing out and potentially helps account for a shift of a few points for one camp to the other. In the case of Brexit, this helped the leave camp to victory.

I'm arguing that the outcome significance, in this case transforming loss to victory, was very high. Yet, the overall phenomenon that we want to explain is why 52 percent of the British electorate ultimately woke up on the morning of the referendum and went and voted for leaving the European Union. The swing of a few percentage points clearly doesn't amount to explaining this broader phenomenon of the British public opting for Brexit or, in the US case, why people voted for Trump.

Margalit: Immigration is really important for our discussion here because it's often the most salient issue for populist parties and voters…. I think that we need to separate between two very different questions. One is whether immigration itself is driven by economic factors and a second one is whether the economic effects of immigration, real or perceived, are major causes of the populist vote. Is it about labor market impact? Is it about the fiscal effects of immigration?

On the first question, I think there's very good evidence that immigration, particularly to the West, is very much driven by economic forces—poverty, large wage differentials, and so on. But on the second question, the weight of the evidence clearly indicates that the concerns of voters in the West regarding immigration have fairly little to do with its impact on their material standing or their level of economic insecurity.

Fleisher: Can you explain what kinds of cultural factors you believe to be driving the rise in populism?

Margalit: Structural long-term social changes are key to understanding the resentment underlying much of the populist appeal. The contention here is that structural changes and increases in access to higher education, the shift toward urbanization, growing ethnic diversity, have led to significant progressive cultural shifts. Among some segments of the population, ... these societal changes and the perceived displacement of traditional social values have generated a deep sense of resentment.

If we add to that an increase in exposure to foreign influences as a result of globalization, the effects of immigration, these have further exacerbated the sense of a cultural and demographic threat. Together with this gradual generational change, we have here formerly predominant majorities that are increasingly feeling their social standing eroding and these segments of the electorate are the ones that are ultimately buying into the populist nostalgia for some forlorn golden age where there was supposedly cultural homogeneity and strong national identity and where they believe that traditional values prevailed.

Among some segments of the population, ... these societal changes and the perceived displacement of traditional social values have generated a deep sense of resentment.

I think it's important to emphasize also that this cultural account doesn't dismiss the role of economic factors. Beyond the impact of the economic causes that I noted earlier, be it trade or immigration or automation, it is also the case that periods of hard economic times tend to undermine the perceived competence of the elites and help fuel popular distrust in them. So it's therefore very likely that things such as the financial crisis did indeed contribute to the populist wave. But given the weak empirical association between those measures of economic insecurity and support for populism, I think we should view the financial crisis as more of a trigger rather than as a root cause of widespread populist support.

Fleisher: Do you see populism as a threat to democracy?

Margalit: I do…. The idea that the people have decided, and the people's voice is what should matter and the people's voice is often just a majority dismiss many protections that we have in a liberal democracy that are geared toward protecting minorities and disadvantaged groups that sometimes aren't a priority for the majority. We see it in many countries where we have strongmen populist leaders that are trying to rally their base by stoking resentment towards certain groups, disadvantaged groups, minorities. With this kind of majoritarian streak being so strong among those populists, in that sense, I think it really is a threat to our liberal democratic values and particularly to the protection of various disadvantaged groups and minorities.

Fleisher: So if the root causes of populism aren't economic, what can policymakers do to assuage the demands of populist parties?

Margalit: That's a very good question. I think that's part of the problem that we're facing here in two ways. I think there's a strong appeal for focusing on the economic factors because they're more measurable, and there's an appeal in something that's easy to measure and quantify, as opposed to those cultural explanations that are softer and much harder to measure.

The other factor is (economic explanations) give us a stronger sense of a menu of policy responses that would then help us counter this populist wave. Some of the arguments that have been put forth—like greater protections for workers, efforts to reduce inequality, universal basic income, stronger retraining programs for losers from trade and globalization—I think some of these ideas are good in and of themselves. I just think we need to be very careful in assuming that those policies would have a significant impact in countering the populist resentment.

Some of the things we need to be focusing on are going to have to be those cultural things. So, helping with integrating immigrants, certain aspects of investing in communities, particularly in communities that are in rural areas and helping build some of those areas where we see those types of resentments that we see translating into strong populist support. Those things are much murkier, but the fact that they're murkier and harder doesn't mean that those aren't the main things that we should be focusing on.

I think that the real challenge is really figuring out ways of understanding what those cultural grievances are about and trying to come up with clever ways of trying to assuage them and alleviate them. That's a hard challenge, but I think it's one well worth pursuing.

"Economic Insecurity and the Causes of Populism, Reconsidered" appears in the Fall 2019 issue of the Journal of Economic Perspectives.

The AEA interviews Thiemo Fetzer about how austerity policies after the financial crisis led to Brexit.