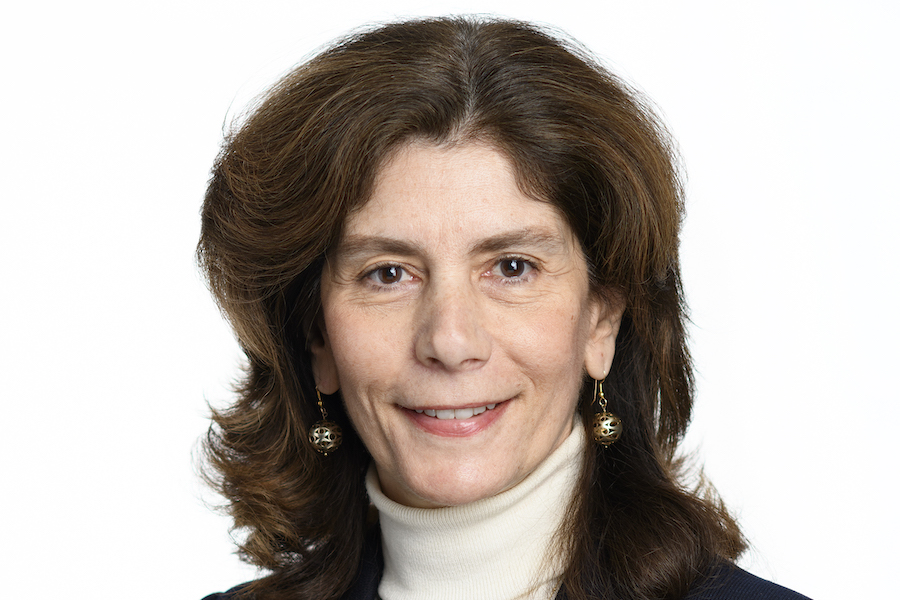 Penny Goldberg is a professor at Yale University and a former vice president of the AEA.

It’s well documented that women earn less than men for doing the same job. But the pay gap is just one way in which women are economically disadvantaged.

In some countries, women cannot work without their husband’s permission. They have restricted access to credit and are effectively penalized for having children. And this discrimination is not just governed by social norms; it is codified in the law.

They dig into the World Bank’s newly compiled database of gendered laws covering 190 economies and going back 50 years to examine legal gender discrimination against women. Progress has been made, such as creating more job opportunities for women as demand for their labor has grown. But Goldberg said the progress has been uneven and there are some aspects of the law, especially around equal pay and parenthood, that have been slower to change.

Goldberg, a Yale professor and former vice president of the AEA, spoke with us about gender discrimination in the law, which countries are the most and least progressive, how legal reforms can result in a more equitable economy, and questions she would like to see other economists pursue.

An edited transcript of that conversation follows and the full-length interview can be heard using the podcast player below.

Chris Fleisher: One headline result from your paper is that despite decades of progress since 1970, women on average have only three quarters of the legal rights that men have. It's based on an index that you developed. What does that take into account?

Penny Goldberg: There is a certain degree of subjective judgement that goes into deciding which laws have a direct impact on economic opportunities and which do not. Of course, everything is interrelated. For example, laws that affect pay or labor force participation are those that have direct relevance.… What we've done in this project is view laws across many different countries and if there is a law that discriminates against women, then this country receives in that area a score of zero. If there are specific laws that mandate that men and women have to be treated equally, then the country gets 100 in this area. The way these average indicators are constructed is by averaging this information across many different laws. So when we say that women have three quarters of the rights of the men, this means that you can interpret it many different ways, but there are three quarters of laws that guarantee that men and women are treated equally and in one fourth of the cases, these laws diverge.

Fleisher: What's the range of scores? Which countries are on the low end and who's on the high end?

Fleisher: You mention that the United States is not among the perfect countries. What is the United States' score and can you explain a little bit more about some of the areas where it still needs to improve?

Goldberg: The United States score is still very high. I don't remember the exact number, but I think it's in the high 80s or 90s. But there are these two areas that I mentioned—parental leave and pensions. With regard to parental leave, the standard for getting a perfect score is that there is a 14-week maternity leave, which is not mandatory in the United States. When it comes to pensions, one important criteria for getting a perfect score is whether the time that women spend away from work because of child bearing or because of child care is counted toward pensions. This is an area where the United States is not as advanced as some countries in Europe or Canada.

Fleisher: You mentioned many South Asian countries were on the lower end, but they have experienced more rapid progress in the past 15 years. Could you explain what's behind that improvement?

Goldberg: This is a very interesting question. Many of the results are driven by India, simply because of the size of the country. Once you present population-weighted results, India always jumps out. Around 2003-2005, we had many legal reforms [that led to] much progress. However, India is one of the countries where the de facto picture is very different. For example, labor force participation is still very low compared to other countries and, moreover, it has not increased over the past 20-30 years. This is quite striking because India has experienced very rapid growth. Usually we see growth and female labor force participation going hand in hand. We don't see that in India. The usual explanation for this is that it's driven by norms and culture. There is a culture that discourages women from working outside the house. So, because of that, you would think that legal reforms either don't have direct effects or it takes some time for these effects to translate to differences in outcomes.

This will take a multifaceted effort to change things in the long run. But laws are actionable in the short run. It's something we can change.

Especially in countries where there are huge disparities between men and women, many feel that the laws are just a drop in the ocean. There is so much else that needs to change and this is certainly true. This will take a multifaceted effort to change things in the long run. But laws are actionable in the short run. It's something we can change. It's something we can track and something we can try to change. Even though we may not see direct effects in the short run, I do strongly believe that in the long run, legal reforms may translate to better outcomes for women.

Fleisher: One of the positive takeaways is that we can address these gender imbalances through legal reforms. I was wondering if you could give examples of the types of laws that have been effective at closing the pay gap or expanding access to the labor market for women.

Goldberg: Some of the laws that directly affect labor force participation are laws that prohibit discrimination in what kind of job you get based on gender. For example, in some countries, there were laws that prohibited women from entering what was viewed as a hazardous occupation, such as mining. In some cases women are not allowed to be truck drivers. The reason this is important is that some of these jobs also pay better. So, they created disparities in pay. You may think, who wants to work in mining? But ultimately this should be the decision a woman makes herself and not have it dictated by the law.

Goldberg: I think this was one of the most interesting findings of our study. These indicators are classified into eight broad categories. The idea is to follow a woman from the time she considers entering the labor market to the time she exits the labor market to retirement. You start with laws that affect mobility. Is the woman allowed to leave the house to assume a job? Then there is the workplace. Can she apply for the jobs she wants? Then [the third indicator is] pay. What pay does she receive while being at a job? With marriage, the focus is on whether a woman is allowed to work without asking for permission from the husband. Then [the fifth indicator is] parenthood. What happens when women have children? Then there are questions about entrepreneurship. Can women start their own business? Are they allowed to manage assets? Do they have access to credit? With assets, the main focus is on inheritance. Do sons and daughters have the same rights when it comes to inheritance? And finally pensions, that I've already mentioned. These are the eight categories.

The first two I mentioned—laws that affect mobility, the ability to leave your house, and the ability to get a job, workplace indicators—are the ones that have progressed the fastest over the last 50 years. I think it's fair to say that, by now, the differences across countries are not that large.… Especially indicators relating to the right of the woman to pursue the same job as a man have progressed very fast.... The way I interpret this is when there is a time of high labor demand, when there is a labor squeeze, then policymakers need to integrate women in the labor market. There is a great need to do that, and then there is a great demand for reforms that would allow women to do so. All countries are very eager to adopt these reforms. But then, when it comes to reforms that affect equality in pay or when it comes to reforms that affect how parenthood is treated... we see the progress is much slower. One way to interpret this is that the reforms are passed mainly because policymakers want women to work, but they care less that women are treated fairly and equally once they're on the job.

Fleisher: What other kinds of questions would you like to see economists explore with this data?

Goldberg: There's the general question—what causes reform? Why do we see reforms in some countries and not others? Why do we see some reforms in some periods and not others? What are the factors that lead to reform? Is it simply because policymakers or men in a society want to benefit from women's labor, or is it cultural? Is it a change in norms? What role does growth play? There are many interesting questions here.

"Gendered Laws and Women in the Workforce" appears in the December 2020 issue of the American Economic Review: Insights.