Historically, the benefits have been limited. 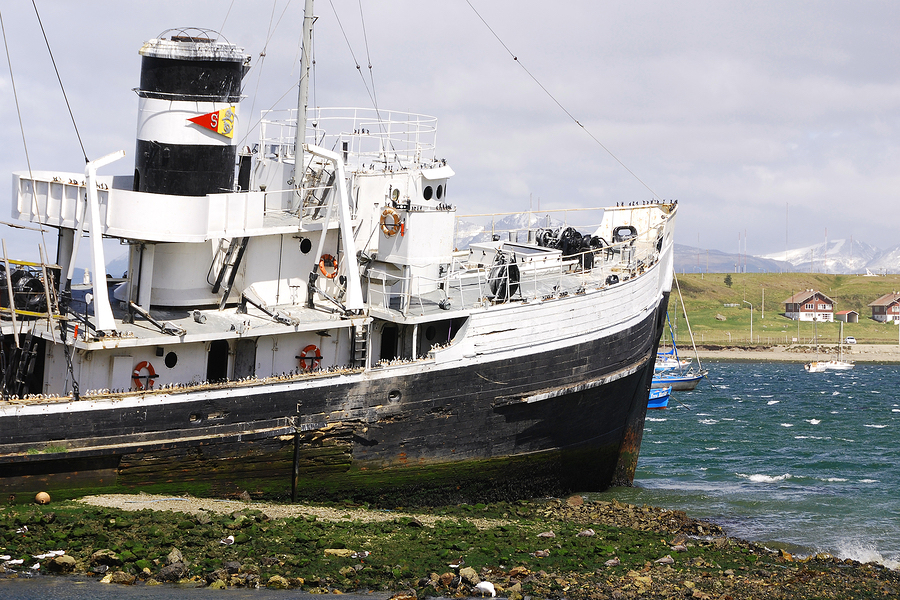 Old steamship in the bay of the Beagle Channel in Ushuaia, Argentina

Economists generally believe that international trade makes countries wealthier. They say that, on the whole, countries benefit from trade — even if some people within each country lose out. However, this consensus is beginning to break apart as economists increasingly highlight the negative aspects of globalization.

While economists debate the consequences of modern globalization, the past provides a cautionary tale. The first wave of globalization took place during the late nineteenth century. As much of the world industrialized and innovated, it also grew more connected.

In a new paper in the September issue of the American Economic Review, author Luigi Pascali examines the driving forces behind this first wave of globalization and its repercussions. He finds that the steamship played an important role in spurring trade, resulting in an era of globalization and rising inequality.

In the late 1860s through the 1870s, the world underwent a rapid transition as steam power revolutionized trade. Because steamships were not dependent on wind patterns, they could take advantage of more efficient trade routes than traditional clippers. And, they could travel at a consistent speed regardless of the wind. For example, when leaving the Adriatic Sea, clippers were forced to sail against the wind. With no alternative routes for that portion of their trip, they would make little progress each hour. Steamships, meanwhile, could breeze through.

Steamships reduced the average shipping time by more than 50 percent. On top of that, the opening of the Suez Canal reduced shipping times by another 10 percent. With new shipping routes and faster ships available, international trade tripled. Pascali calculates that the steamship was responsible for approximately half of this boom.

Full steam ahead!
Click on the name of a country to see how much time it saved by switching from clippers to steamships. Its trading partners will light up in colors corresponding to the time saved. The map excludes trading partners that do not exist anymore, such as the Ottoman Empire.
Source: Author data (2017)

Traditional economic thought suggests that countries should have experienced rising GDPs per capita from this new level of international trade. At the very least, trade should not have had a negative impact. On average, however, the increasing trade lowered countries’ GDPs per capita and made most countries worse off.

Countries with initially low levels of economic development were especially hurt, whereas most wealthy nations experienced neither losses nor gains. In terms of GDP per capita growth, countries that were initially in the top quarter saw 1.1 percent yearly growth, while the rest only saw 0.9 percent growth. About half of this gap in growth rates can be traced back to the introduction of the steamship, says Pascali.

Of course, institutions may represent a more fundamental reason that some countries benefited from trade while others did not. Countries that specialize in manufacturing tend to have better institutions than those that specialize in agriculture, and so industry could be the root cause. Nonetheless, institutional quality does a good job of predicting which countries had the most to gain — and in many cases, the most to lose — from growing international trade.

In the past, at least in the short run, a big wave of globalization ended up with some losers, who appear to be concentrated among the poor and among those with bad institutions.

As some countries reaped the benefits of globalization, others fell behind. “In the past, at least in the short run, a big wave of globalization ended up with some losers, who appear to be concentrated among the poor and among those with bad institutions,” Pascali says. This gap between “winners” and “losers” spurred an economic divergence between rich and poor countries that persisted for decades. Although it may not explain today’s economic divides, this historical period can still shed light on how globalization may contribute to global inequality.

It is unclear whether Pascali’s results apply to the current wave of globalization. The steamship is no longer a new development, but the world continues to grow more and more connected. If our era of globalization mirrors the first wave, then benefits from globalization may become concentrated among wealthy countries with good institutions, and we may see rising inequality.

And, even if the results do not apply to the modern world, they remain a lesson to economists and policymakers that, despite conventional wisdom, globalization is not always good.

"The Wind of Change: Maritime Technology, Trade, and Economic Development" appears in the September issue of the American Economic Review.