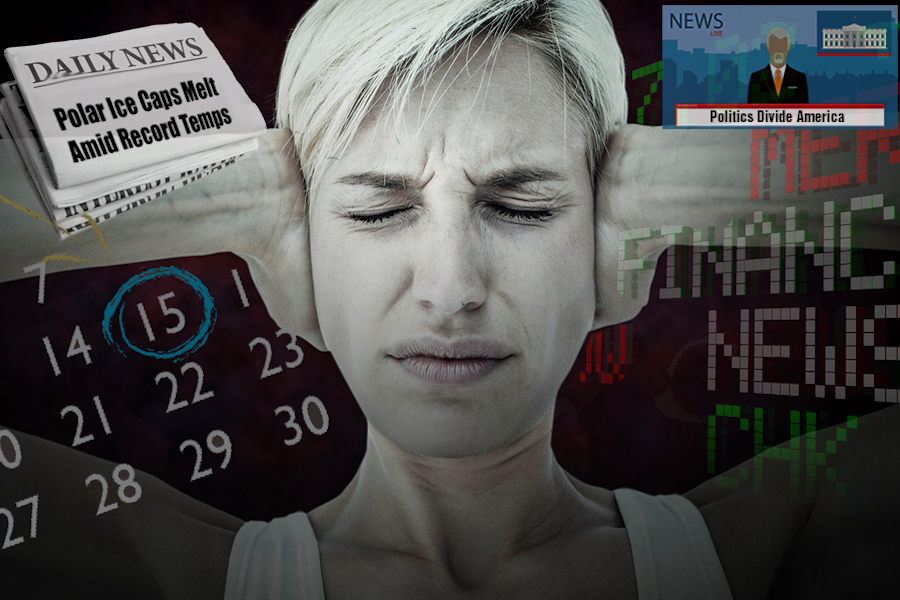 Sometimes we go out of our way to avoid information that conflicts with what we already believe.

Sometimes, there’s information we just don’t want to know. Maybe it’s the calories in the Big Mac we’re about to eat or some news story that contradicts our political opinions. If we don’t like it, we ignore it.

This behavior drives economists nuts. Ideally, we should absorb all the information we can get so that we can make rational decisions. But it doesn’t work that way.

Carnegie Mellon University researchers David Hagmann, Russell Golman and George Loewenstein have just published a paper about this in the March issue of the Journal of Economic Literature.

They recently sat down with Tim Hyde and Chris Fleisher, of the AEA, to talk about how ignoring information shapes our medical choices, contributes to political polarization, and has other societal consequences. An edited transcript follows and a fuller audio version of the interview can be heard by clicking on the player below.

AEA: What is information avoidance?

Russell Golman: The example that I think of often, coming from people I know, is that they don't like to go to the doctor. And so you could say there's maybe some cost associated with the time it takes to go sit in the doctor, maybe it's just sort of unpleasant to sit in a waiting room and all that. But at least for some of the people I know, they still wouldn't go even if the doctor had no waiting room and it didn't take any of their time.

I think early in the days of the Internet, there was great optimism that all of this flood of information was going to transform democratic politics, educate the electorate and so on. And now the mood had become much much more grim.

AEA: How are you guys rethinking the way that economists think about these issues?

Golman : We really talk about two general sets of reasons why there might be information avoidance. And one of them I think is still pretty well-accepted in the conventional literature which is that there can be these strategic consequences. When somebody else knows that I know something, they can act accordingly and I might want to be strategic about imagining what other people know about what I'm going to do. But the other reason is how it feels to find something out or how it feels to not know, and that's something that economists haven't thought that much about until recently.

AEA: Avoidance of medical diagnoses and medical care seems to be maybe one of the more consequential ways in which information avoidance can affect people's lives. So I wanted you to talk a little bit about the question of Huntington's Disease and the research around that.

Loewenstein: One of the most prominent studies in this area was a study by Oster et al looking at people who were at risk for Huntington's Disease and seeing whether they got tested. ...A very large fraction of people who were at risk chose to avoid getting tested. ...The evidence is kind of supportive of the idea of an optimism bubble. Like they were optimistic and they didn't want to get tested and burst their bubble.

David Hagmann: I think that example also brings up an interesting question about what kind of information is useful. So clearly knowing that you have Huntington's disease has all these implications for whether you want to have children or how much to save for retirement. And so I think to an economist, this is obviously useful information. But anytime I talk to non-economists, their response is "But there's no cure for it. There's nothing that you can do about the disease. So the information itself is not useful." I think that’s sort of interesting how economists see useful information versus maybe how other people think of it. 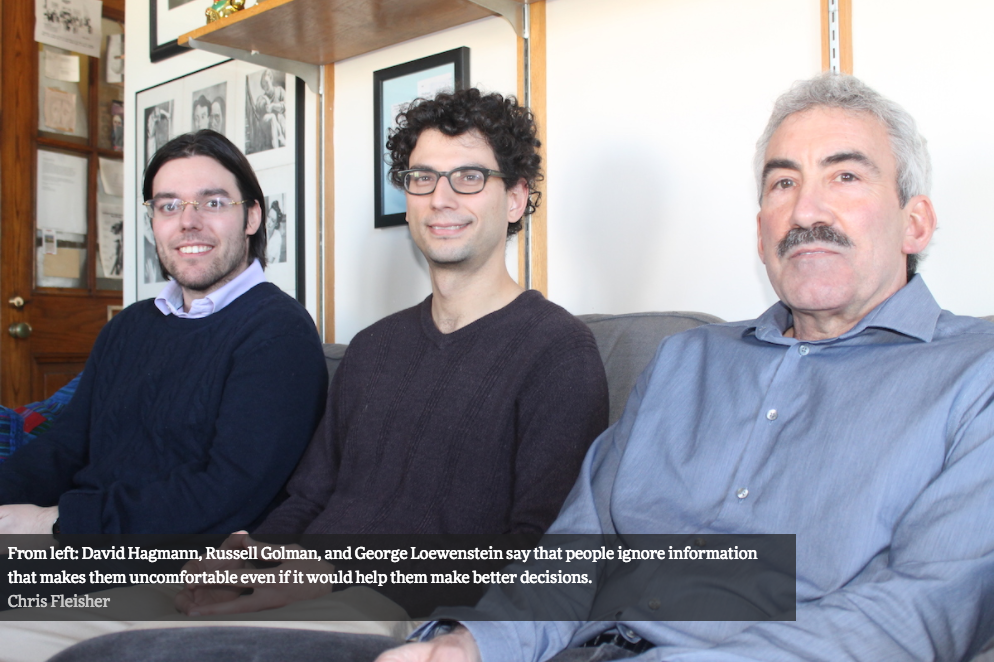 AEA: I wanted to have you review the evidence about the way that information avoidance works in the political arena....and whether this is something that's contributing to political polarization.

Loewenstein: I think early in the days of the Internet, there was great optimism that all of this flood of information was going to transform democratic politics, educate the electorate and so on. And now the mood had become much much more grim because as you said, it seems like instead of using the Internet to expose themselves to a variety of perspectives, people mainly use the Internet to kind of personalize the news to hear more about what they want to hear about and what they already believe. So, as you say, the Internet has become a kind of echo chamber and it's also become a conduit for fake news. And this has something to do with hedonics. People seem to care as much about how reading a news story will make them feel as they care about whether the news story is (true) or not.

AEA: If that indeed is the case, and we are having people siloing themselves in social media, what's to be done about it?

Golman: I think one of the challenges in addressing it is that, while it has some dangers for the health of a democracy, people really do have these emotional investments. So to say that you want to do something about it is really to say that you want people to have to actually suffer through getting information they don't want to get.

AEA: Even if somehow we are able to break out of these media bubbles, even if information can travel more freely across political divides, are the psychological hang ups people have going to still be holding us back?

Loewenstein: Physical avoidance of information is only one of several different strategies that people use to avoid information. You can also, if you were strapped into a chair, you can also just not pay attention to what the person is saying. You can also discount what they're saying. ... When you put it all together, I think it really does point to a pessimistic outlook for what's going to happen.

Hagmann: Usually when we think about changing someone else's mind or persuading them of our view of the world, the strategy we tend to pursue is let's just throw a lot of information at them. Here's my fact, and here's this other article and see these 20 sources to what I've just claimed. And to the extent that people avoid information that threatens their views, that may not actually be a good strategy....Maybe rather than throwing more information at people, try to build personal relationships with them.

Information Avoidance appears in the March 2017 issue of the Journal of Economic Literature.