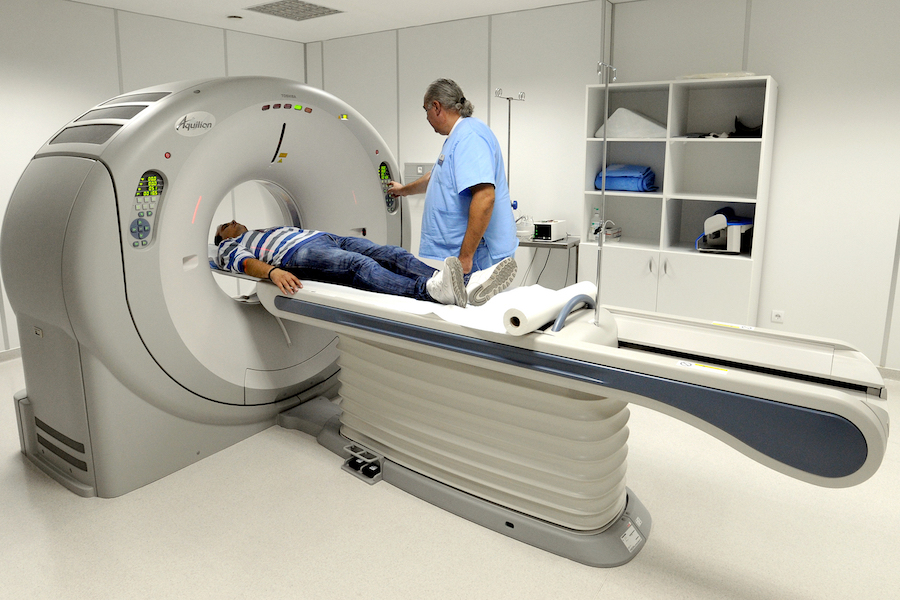 The prices hospitals charge for many procedures can vary widely between hospitals in the US.

What would you buy without knowing the price?

A loaf of bread? A gallon of milk? Doubtful. Many people would switch supermarkets based on the difference of a few nickels for those items. A penny less on a gallon of gasoline is enough to choose one filling station over another.

Yet, Americans spend tens of thousands of dollars on their health care without ever knowing what it actually costs. They will pay $800 for a mammogram at one hospital when they could have paid half that amount had they seen a different doctor five miles away.

Americans don’t know the prices they pay for health care because insurers and providers keep that information private.

If patients had access to price data and were willing to shop around, they could be paying substantially less for everything from routine screenings to knee surgery, according to a paper published in the February issue of American Economic Journal: Economic Policy.

“If people use the price information, then there’s a good chance they’ll pay lower prices,” said Ethan Lieber, the paper’s author and an economist at the University of Notre Dame.

Americans spend $3 trillion on health care annually, more than any nation in the world, and that is expected to grow at an average rate of 5.8 percent per year through 2025. Health spending has outpaced GDP growth in 42 of the past 50 years. Policymakers have struggled with how to rein in spending.

Some experts have argued that giving price information to consumers would help curb costs because they could shop around for the best bargains. It might also force hospitals to keep prices down because they would be competing for patients.

Most patients don’t realize how dramatically health care prices vary. The same treatment at one hospital can cost triple what it does at a crosstown competitor. Because insurance companies negotiate prices with providers, costs for the same procedure can be dramatically different for patients covered by separate insurers, even if they are at the same hospital.

How much does it cost?
The price for a procedure can vary dramatically between providers and insurers. Even patients at the same hospital could pay dramatically different prices depending on their coverage. Below are the prices charged for a mammogram at various hospitals in New Hampshire. 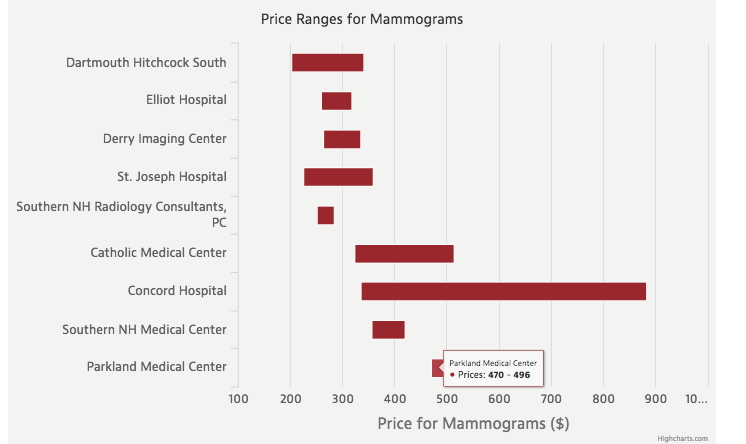 Lieber wondered whether giving patients access to prices would make much of a difference. He studied what happened when a large restaurant chain gave its employees access to information on health care prices collected by Compass Professional Health Services, a health technology consultant. Lieber found that when employees searched for the best price, they paid 10-17 percent less for their care on average.

Most were choosing to switch to lower cost providers when they discovered there were less expensive options out there.

But here’s the rub — most people never bothered to look. Only 12 percent of employees searched the prices in the first three months of having access to them.

Why? Because they had met the deductible on their health benefits. There wasn’t as much incentive to save money. As long as the insurance company was covering the bill, patients didn’t care how much a visit to the doctor cost.

If people use the price information, then there’s a good chance they’ll pay lower prices.

This illustrates an important tension in efforts to reform the US health care system, Lieber said. Many reform advocates want to insure people against the costs of medical care, but patients are more likely to control their spending when they are paying for it out of pocket. His results suggest that people will work harder to reduce health spending when they are on high-deductible plans.

There are other concerns with offering greater price transparency, Lieber said. First, if health care providers cut prices to remain competitive, then they might be tempted to lower quality. Also, it could backfire if it leads to collusion among providers.

“Although we like to think of greater transparency as a force that increases competition between firms, it can have the perverse effect of making it easier for firms to collude and raise prices,” Lieber said, adding that collusion has occurred in other industries where greater transparency led to fierce competition on price, such as in the US airline industry.

Another hurdle is convincing insurers and hospitals to hand over this information. The US health care system is a private marketplace, after all, and the prices that insurers negotiate with providers are treated as trade secrets. Also, patients don’t always know exactly what treatments they’ll need before they have gone to the doctor. That makes it difficult to know how much it will cost to go to each provider, and thus to compare costs.

“Currently, this make it less likely that price transparency would be helpful for complicated types of care,” Lieber said. “However, as bundled payments become a more common way of paying for services, this particular obstacle could be decreased.”

Does It Pay To Know Prices in Health Care? appears in the February 2017 issue of the American Economic Journal: Economic Policy.