Biking to a better future 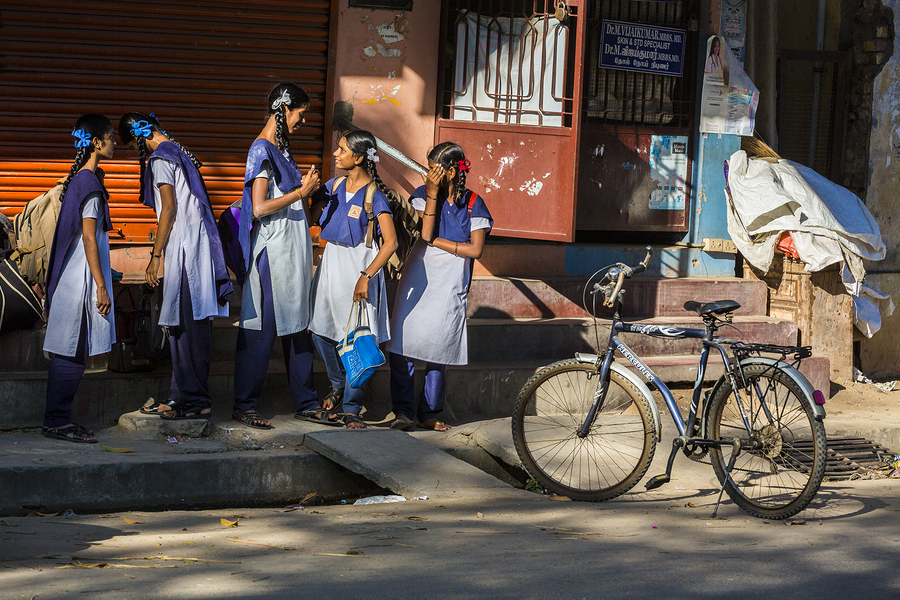 Students wait for class to begin in Pondichery, India, in 2014. A program in the Indian state of Bihar that gave secondary school aged girls bicycles helped boost enrollment.

The women’s suffragist Susan B. Anthony once said that the bicycle had done “more to emancipate women than anything else in the world.”

More than a century after Anthony said this, a government program in India is proving her point.

The initiative aimed to close the education gender gap by giving bicycles to girls, thus making it easier for them to get to school. And it worked shockingly well, according to researchers Karthik Muralidharan and Nishith Prakash, who examined the program in a paper that appears in the July issue of the American Economic Journal: Applied Economics.

The enrollment boost was enough to declare the program a success, though there were larger societal implications beyond public education that Muralidharan said even he didn’t appreciate until he discovered Susan B. Anthony’s quote.

Muralidharan spoke with the American Economic Association about the bicycle program, the broader impact it had on social norms in Bihar, and why he believes his paper has been getting a lot of widespread attention.

An edited transcript follows and a fuller audio interview can be heard by clicking on the media player below. Two videos by the International Growth Centre about their research can be found at the bottom of the page.

AEA: Could you tell me why you were interested in this particular bicycle program in the Indian state of Bihar?

Muralidharan: The origin of the project really owes to my co-author, Nishith Prakash, who is from Bihar. I had read just a little bit about this program in newspaper articles but it was Nishith who ran into me at an education conference and discussed the program and was trying to brainstorm ways of studying the impact.

I think increasing girls' education is considered one of the flagship goals for the international development community. And basic economics would tell you that outcomes depend on supply and demand. So what the policymakers have traditionally done is focus on the supply side by trying to build more schools. And on the demand side the most common set of policies has been to use conditional cash transfers.

Muralidharan: Yes. The evidence from cash transfers around the world, in general, has been found to be quite positive. You almost always get a significant increase in school participation from the cash transfers. The problem is that they're typically not that cost effective, if the main purpose is to get more girls in school.

The problem with trying to expand school access by building a lot of schools is that you end up building often a lot of subscale schools, like the old one-room school houses in the US, where you would have one teacher and multiple grades. There is this tradeoff between access and scale.

What is so clever about the cycle program is that it improves school access by making it easier to get to the school without reducing the scale of the school. 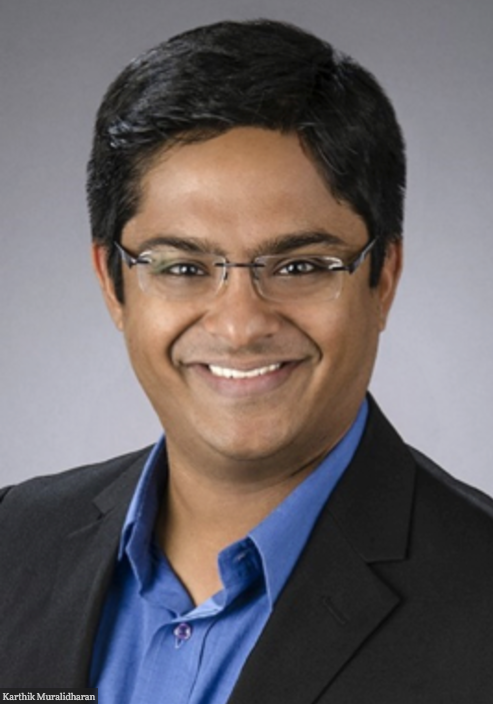 AEA: How politically popular was this proposal?
Muralidharan: That's a great question. The money for the bicycles were distributed in highly public ceremonies. So this was something that the government was hoping to get political mileage out of. But one of the other consequences of that, in terms of changing social norms, is that it was not just the provision of these bicycles individually to girls but rather to entire communities where you have these big ceremonies in schools...So the other big thing this does is it kind of changes the social norms a little bit because you're now coordinating the provision to everybody and sending a strong social message that this is something that the government is encouraging.
AEA: What was the critical distance between a school and where a girl lived at which this program started to have an effect?
Muralidharan: Basically we find that under three kilometers, we don't find a significant impact and most of the impact is at distances between three and ten kilometers. Somewhere between two and six miles. And that makes perfect sense. It is quite common for kids to walk up to half an hour to get to school. So, at distances under two miles, they were probably walking to school anyway.
When we think about why the impact may have been much bigger than conditional cash transfers, we go into multiple reasons in the paper and one of this is of course that, unlike a cash transfer that augments a household budget, here is a case where the entire transfer is being spent on something that is directly for the girl. The second reason is that, unlike a cash transfer that increases household demand but does not make it easier to get to the school, here is a program that on a daily basis makes it much easier to get to the school. And the third thing is just the fact that this was a coordinated provision of girls and you see girls cycling to school in groups means that that could be changing the social norms in the villages where in these extremely patriarchal societies most families would not send their girls outside the villages.

The fact that ... you see girls cycling to school in groups means that that could be changing the social norms in the villages where in these extremely patriarchal societies most families would not send their girls outside the villages.

AEA: It sounds like there could be other potential spillover effects from a program like this beyond school enrollment for girls.

Muralidharan: Absolutely. It's really the Susan B. Anthony quote that I think brought home to me that this may be a much bigger deal, not just in terms of schooling, but also in terms of empowerment and in terms of increasing the autonomy of girls in other aspects and other areas of their lives.

AEA: You've received a huge social media response to this. Have you been surprised at the response that your paper has been getting?

Muralidharan: Yes and no. I'm glad that it got picked up, but it's one of these really empowering and feel-good stories where it's not often that you find evidence of such a big win. And it's a topic that I think is close to many people's hearts. Everybody likes a feel good story that's actually true.

Cycling to School: Increasing Secondary School Enrollment for Girls in India appears in the July 2017 issue of the American Economic Journal: Applied Economics. Music in the audio file is by Podington Bear.