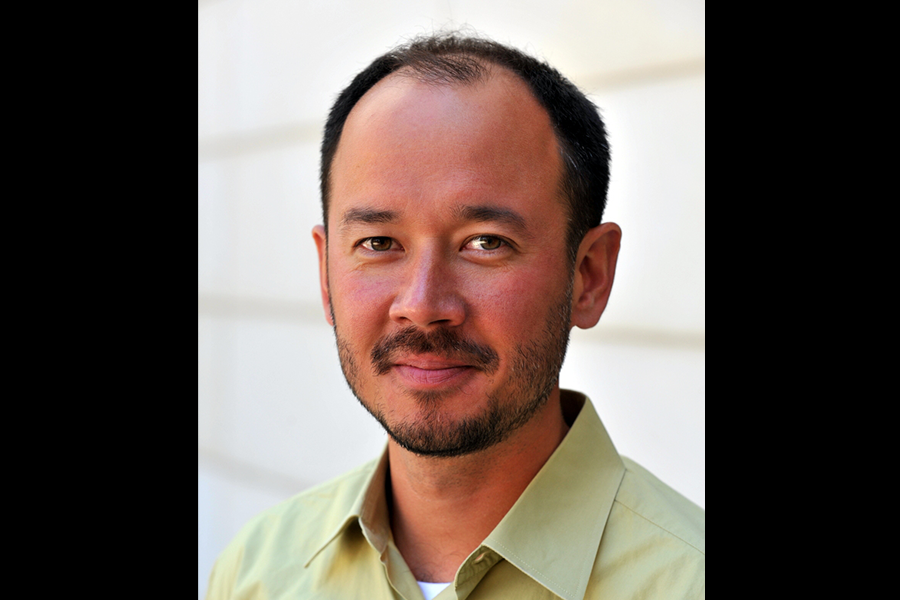 Dean Yang is a professor of economics at the University of Michigan.

More than 50 years ago, a revolution in seed and fertilizer technology bolstered food production and economic well-being in Asia and Latin America.

Unfortunately, this “Green Revolution” left sub-Saharan Africa behind. At the turn of the twenty-first century, many farmers in the region were still struggling to produce enough food to feed their communities.

Then, in 2006, a number of African nations embarked on an ambitious plan to invest billions of dollars into their own green revolution.

In a paper in the American Economic Journal: Applied Economics, University of Michigan economist Dean Yang and coauthors Michael Carter and Rachid Laajaj examined the effectiveness of a temporary subsidy program in Mozambique. After running a randomized control trial (RCT), they found that giving farmers one-time vouchers for seed and fertilizer led to an immediate improvement in crop yields. And as word spread, other farmers, who were not involved in the program, got on board and amplified the effects ten-fold.

Yang spoke with the AEA’s Chris Fleisher about that experiment, what it revealed about the impact of temporary subsidies, and how RCTs—considered the gold standard in experimental research—could still be improved.

Chris Fleisher: Your paper references the “Green Revolution,” which refers to advancements in seed and fertilizer technology that really boosted crop yields back in the '60s and '70s in developing parts of the world. What happened in sub-Saharan Africa during that time?

Dean Yang: We saw incredible increases in crop yields driven by these technological advances in crops in Asia and Latin America, but really not in sub-Saharan Africa at all. I think one of the most important reasons it was left behind was very simply because the region uses different crops. In Latin America and Asia, rice and wheat are more prominent. In Africa, by contrast, maize is the dominant staple. The necessary advances in the development of new maize varieties that were high-yielding didn't happen until a couple of decades later. So, part of this situation is simply that the necessary technological advancements weren't yet ready in sub-Saharan Africa.

Fleisher: In the early 2000s, there were some efforts to get African farmers to adopt some of this technology that would help boost crop yields. That's also where your experiment comes in. Could you describe the RCT that you conducted in partnership with the Mozambican government?

Yang: You're absolutely right that in about 2006, Kofi Annan, former UN Secretary General, headed up a new initiative called the Alliance for a Green Revolution in Africa, or AGRA. This was a multi-year donor-funded effort to encourage more adoption of Green Revolution technologies across sub-Saharan Africa. Up until we implemented our study, however, there hadn't been a proper randomized control trial of these programs.

The Mozambican government was implementing their first ISP, or input subsidy program, with 25,000 farmers across the country. They agreed to collaborate with us to run a randomized control trial estimating the impact of providing input subsidies. We worked with the government to identify a study sample of about 500 farmers, and the government agreed to let us randomly assign a treatment group of about half these farmers. The other half of farmers that were randomly selected to get the input subsidies would be the control group, and we would follow both of these groups over time to establish the impact of the input subsidy program.

Fleisher: You found that the subsidy actually worked. Farmers who used the vouchers to buy seeds and fertilizers ultimately produced higher crop yields. But their friends also started to adopt the technology after they saw that it was successful. Could you explain the relative importance of those two channels in terms of driving the effects?

Yang: That's absolutely right. Certainly, when you run a randomized control trial like this, the first thing that one does is to compare the treatment group with the control group. Did the treatment group that got the program intervention have better outcomes one year, two years, three years down the line? We found big improvements in crop yields among the treated farmers compared with the control farmers and we also saw increases in consumption, in how much families were eating in these households. We also found that these benefits were not just limited to the year that they got this subsidy. The increases in yields, the increases in consumption in the farmers’ households persisted through two subsequent years that we followed these folks. That was a really important finding as well that really expands the benefit.

The other dimension that was really important was the social network context of the people in the treatment group. When a treated farmer got access to the input subsidy and if they learned that the input package had a positive impact on their agricultural yields, not only would they carry that learning forward themselves into the future, but they could actually spread that knowledge in their social network as well. Their friends and neighbors themselves could end up investing in the new technologies because they've resolved some of their uncertainty. They've learned that these technologies are actually beneficial.

For every dollar that you put into the subsidy program, you get back $20 in benefit to society.

We were actually able to look at that at the outset of the project. We surveyed everyone in every village in our sample and figured out, by asking people questions on their social network contacts, who they were in touch with, who their friends and social network contacts were within the village. . . . One thing that was striking in the results is that the friends and neighbors who benefited from seeing their friends receive the subsidy did adopt and benefit as well, but only with a year lag, which makes sense. You're going to want to observe how things went with your friend, whether in fact they experience higher agricultural yields.

Fleisher: I don't know how expensive this subsidy was. Is it economically feasible?

Yang: That's exactly the question we need to be asking. It turns out that the benefit–cost ratio really depends on whether you count the benefits that are spilling over to friends and neighbors. If you just look at the benefits going to the treatment group and you compare that to the outcomes for the control group, this looks like a profitable investment from a societal standpoint, but is not incredibly profitable. There's a benefit–cost ratio of 1.8. The benefits we calculate from providing these subsidies are about 80 percent higher than the costs. That's a very nice return on investment. But that doesn't count the spillovers accruing to the control group to other farmers who are observing their friends receive the subsidy and learning from their friends’ experimentation with the new technologies. Once you incorporate that, and once you incorporate the benefits that are incurring in subsequent years, the benefit–cost ratio expands more than ten times. For every dollar that you put into the subsidy program, you get back $20 in benefit to society.

Fleisher: Randomized control trials figure heavily into your work. They're widely considered to be the gold standard of experimental research and there's been this push to incorporate RCTs in economics over the past couple decades. Is there a next step to make RCTs even better?

Yang: As in all areas of science, there's always room for improvement. An important area that people are pushing [in] the frontier of research on randomized control trials is to combine methods, in particular to combine randomized control trials with methods of structural estimation in economics. This is basically the idea that you write down an economic model and really identify clearly in theory what economic parameters one wants to estimate. So, you might think about these as general parameters that represent aspects of people's economic preferences, such as risk aversion, or it could be behavioral biases like present bias.

The advance here is really designing randomized control trials with an eye towards estimating the parameters of an economic model. Very few RCTs are actually designed to do such a thing. But the benefit one gets is being able to say more after you've run an RCT. In a narrow sense, if you don't think about integrating your RCT into an economic model, or helping it shed light on an economic model, you can say important things but potentially only relatively narrow things. You can say this treatment had this impact, but it doesn't necessarily deepen our understanding of economics. I think the real opportunity is to combine RCTs with economic theory and in particular structural modeling so that we estimate economic parameters and deepen our understanding of the actual economics of the world and the actual economic model of people's decision making in a particular context. Once we understand the parameters better, we can actually potentially make predictions about what other types of interventions might be even more effective, potentially even going beyond the interventions that we tried out in our RCT.

“Subsidies and the African Green Revolution: Direct Effects and Social Network Spillovers of Randomized INput Subsidies in Mozambique” appears in the April 2021 issue of the American Economic Journal: Applied Economics.