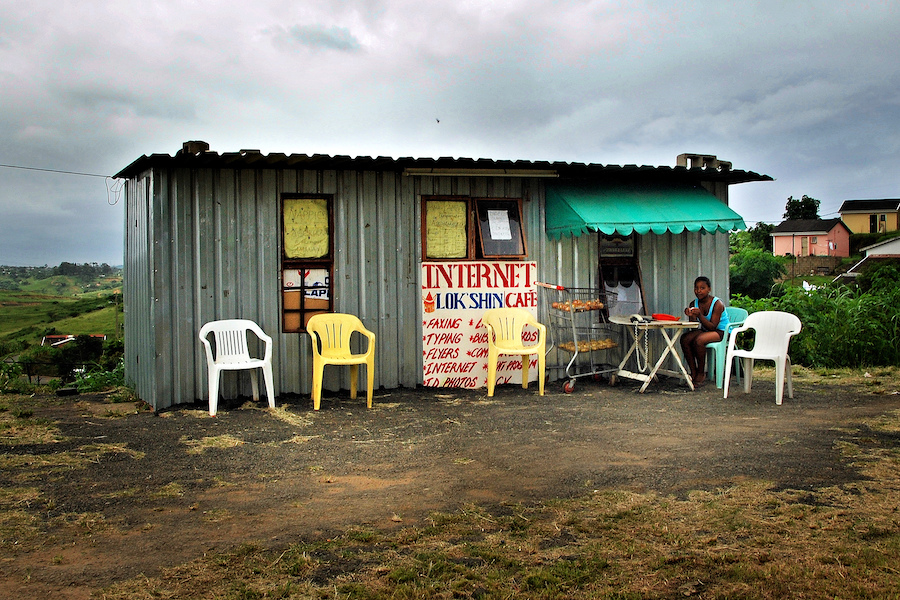 The Internet has created new economic opportunities and connected buyers and sellers around the world. But the digital age has also disrupted developed economies and left some people behind.

In the March issue of the American Economic Review, economists Jonas Hjort and Jonas Poulsen asked if the Internet has created winners and losers in developing countries as well.

They found that faster Internet, brought by submarine cables, might have been one of the most effective job-creating policies in Africa—for the educated as well as the less educated.

The infrastructure for sending emails, videos, money, and website content around the globe consists of hundreds of cables, about the diameter of a soda can, laid across the ocean floors. This network transmits 99 percent of international data, and most of Africa’s web traffic is international, coming from either the US or Europe.

Developed countries like the US and Britain have used undersea cables for the past 150 years to send information back and forth, gradually updating the system to modern technologies like fiber-optic cables.

The kinds of things you can do with fast Internet in a firm, or as a small entrepreneur, were not happening earlier on.

But countries in Africa have had to use slow, unreliable satellite connections to access the Internet. In 2000, the continent as a whole had less international Internet bandwidth than tiny Luxembourg.

Despite problems, many Africans still use new communication technologies, like smartphones, at home and at work. Most Kenyans and Ugandans bank using mobile money for example.

Slow download times and high costs have kept many Africans from taking full advantage of the Internet though.

“The kinds of things you can do with fast Internet in a firm, or as a small entrepreneur, were not happening earlier on,” Hjort said in an interview with the AEA.

In the late 2000s, African governments, international organizations, and private consortia started laying submarine cables that connected the continent to the world’s fast Internet. Africa’s international Internet bandwidth jumped from one-hundred Mbit per second in 2009 to over two-thousand in 2014, a twenty-fold increase.

The arrival of fast Internet in Africa
Ten high-speed oceanic cables arived on the African continent from 2009 to 2012. The chart below shows each cable's landing point along the continent's coast.

Hjort and Poulsen analyzed survey data from twelve African countries with a combined population of half a billion people to see what impact the new connections had. Respondents in the data were surveyed between 2006 and 2014, before and after the arrival of ten submarine cables.

The authors showed that the likelihood someone in a connected area was employed increased between 3 and 13 percent when fast Internet arrived. Satellite imagery suggested that connected areas also had higher average incomes.

Growth in skilled occupations, such as professional and technical work, drove the increase. Workers with high school and college degrees got most of the new jobs, but even Africans with only a grade-school education were more likely to hold a job.

The authors argued that these new jobs likely came in part from increased productivity and more exporting, as well as new businesses. They didn’t find any evidence that connected areas were taking jobs from other regions.

Parts of Africa, such as Kenya’s Silicon Savannah and Nigeria’s Yabacon Valley, have brought down the cost of the Internet and developed tech hubs that rely on a fast connection.

But communication infrastructure in many areas still needs upgrading, in particular overland cables. An HD movie takes roughly an hour to download in Kenya—twice the time it take in the US—and over ten hours in neighboring, landlocked Ethiopia.

“If you look at a map, it looks like terrestrial cables are connected across countries,” Hjort said. “But in effect there's very little traffic going on across countries. It's extremely wasteful.”

"The Arrival of Fast Internet and Employment in Africa" appears in the March issue of the American Economic Review.