You don’t have to put on the red-light cameras 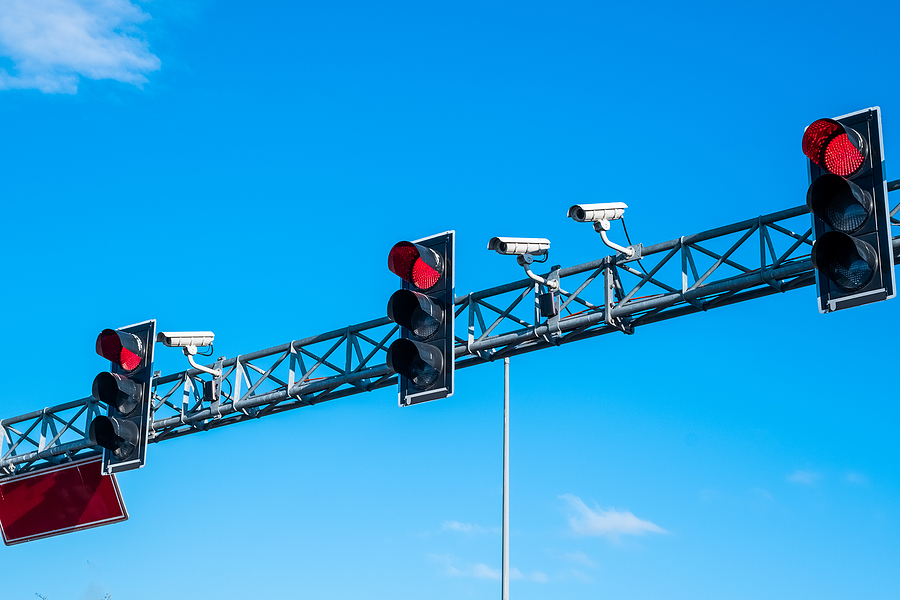 Traffic intersections are the most dangerous places for motorists in US cities. In 2018 alone, 846 people nationwide were killed in crashes that involved running a red light, half of them pedestrians, bicyclists and people in other vehicles.

Following New York City’s lead in 1992, cities across the US took action. As of 2019, roughly four hundred communities had installed camera programs that ticket drivers who run red lights; these programs can cost cities millions of dollars a year to operate.

But it’s not clear whether they actually make the public any safer, according to a paper in the August issue of the American Economic Journal: Economic Policy.

Their research adds to the long-running debate over the effectiveness of red-light cameras and highlights the unintended consequences of electronically monitoring behavior.

Traffic advisory
The figure below shows the yearly accidents at intersections (left axis) and those that resulted in an injury (right axis) by distance from a Houston intersection. More than three times as many incidents happen within 200 feet of an intersection than at any other distance. 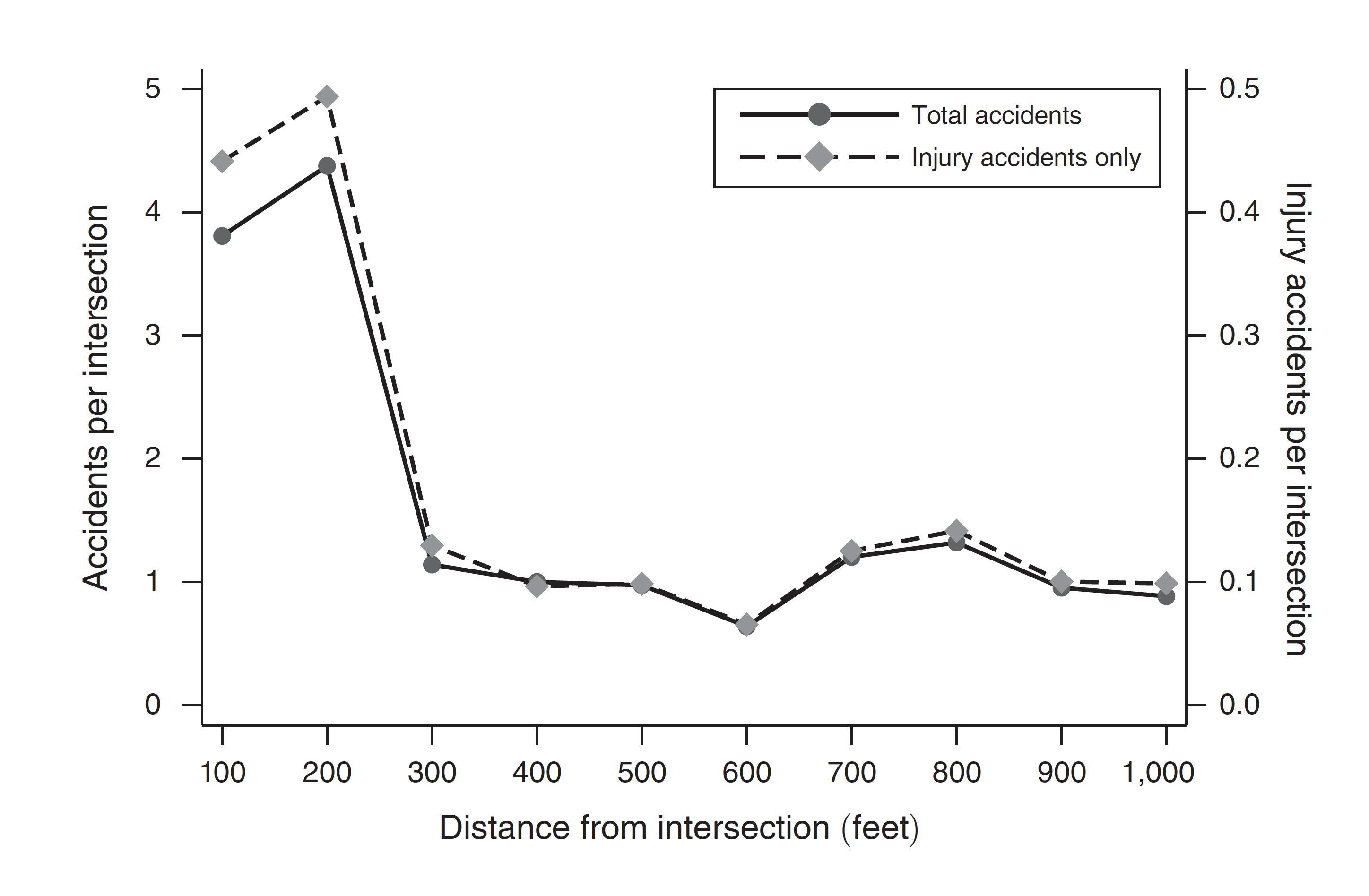 Supporters argue that drivers are less willing to run red lights when they know they’ll be ticketed. But opponents point out that drivers will be more willing to slam on their brakes and risk being rear-ended in response.

“It's not obvious that there will be a reduction in overall accidents,” Gallagher told the AEA in an interview. “Disentangling the natural ebb and flow of accidents at an intersection . . . from the actual policy effect of having a camera can be really tricky.”

Gallagher and his co-author studied Houston’s program that started in 2006 and grew to cover 66 intersections. These busy intersections netted the city about $44 million in fines from 2006 to 2010, when the program was ended by a voter referendum.

It was this sudden referendum to remove the cameras that provided the opportunity to better estimate their true impact on public safety.

Previous studies found that cameras reduced total accidents by 10 to 20 percent. But they didn’t properly account for regular swings in traffic accidents, according to the authors.

Older estimates were inflated because cameras were often installed at intersections with initially high collision rates, which naturally reverted back to more normal levels regardless of adding cameras.

To isolate the true effect, the authors compared intersections across Houston with cameras to those that never had one, before and after the 2010 referendum, using an approach called difference-in-differences.

After accounting for these fluctuations, cameras reduced collision by a statistically insignificant amount.

Even after accounting for the severity of injuries, the red-light cameras made no difference to public safety. In fact, when the authors included more factors like revenue generation and extra time spent at stop lights, Houston’s camera program was a net negative for the city.

Texas ultimately decided to ban red-light cameras in 2019. The authors’ work appears to corroborate that decision, but Gallagher cautions that cameras could be used effectively at intersections with high rates of T-bone collisions year after year.

Of course, most intersections are still dangerous and policymakers should try to make them safer. But approaches that focus on the design of intersections could be more fruitful.