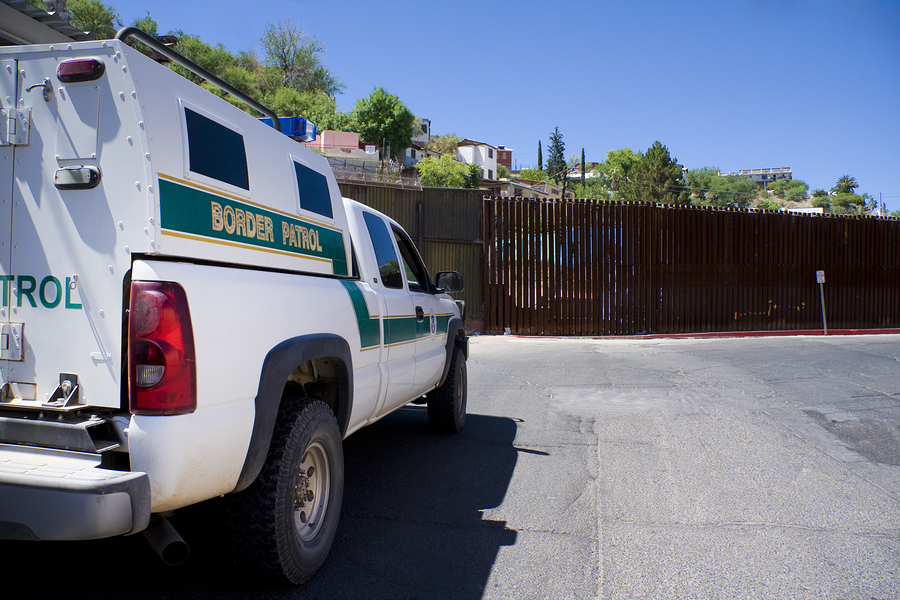 The natives are getting restless about illegal immigrants entering Europe and America, and they fear more than just competition for jobs.

Undocumented immigrants are being blamed for rising crime, too.

Trump and other policymakers have argued for protectionist policies that would restrict immigration and deport those who are not legal residents of the U.S. Even the most minor offenses could lead to their expulsion.

But if reducing crime is the goal, then a more effective approach might be to ease the path to legal citizenship, according to one researcher.

A paper published this month in The American Economic Review found that legalization reduced the number of crimes committed by immigrants.

“These people are not bad. They’re not evil people or anything. It’s just that they have the wrong incentives,” said Paolo Pinotti, a professor at Bocconi University, in an interview with the AEA. “If they’re not allowed to work in the official economy, sooner or later they end up committing crimes.”

The findings come as immigration becomes a hot button issue around the globe. Trump made cracking down on undocumented workers a central theme of his campaign for the U.S. presidency, and Europeans have become increasingly worried that an influx of refugees exposes them to a higher threat of terrorism.

Pinotti says, however, that immigrants behave essentially the same as native workers when they have the same access to legal employment.

If they’re not allowed to work in the official economy, sooner or later they end up committing crimes.

He examined his home country of Italy, where undocumented immigrants accounted for 80 percent of all immigrants arrested in 2006 for serious crimes even though they are a relatively small share of all foreigners living there.

Anyone working without legal status in Italy can have their employers “sponsor” them and apply online for a work permit. They have to be quick, though. There’s a quota of available permits, which are handed out on a first-come, first-served basis on given “click days” throughout the year. Thousands of applicants are denied legal status every year because their employer applied too late.

Pinotti looked at criminal records for roughly 610,000 people who applied for permits in December 2007, and studied the probability for committing a serious crime before and after legalization.

When the permits were granted the following year, the crime rate for applicants who made the “click day” cutoff dropped to 0.8 percent, from 1.1 percent the year before. The rate for those who missed their chance remained the same.

Not everyone who made the cutoff necessarily got a permit, suggesting that the impact of obtaining legal status is even larger. Pinotti estimates that obtaining a work permit would drive down the crime rate by 0.6 percentage points — a 55 percent reduction.

“You must give them the right incentives,” Pinotti said. “Ninety-nine point nine percent of the people, if they could choose between a legal job and committing crimes, they would choose the legal job.”

Legal Issues
North Americans and Europeans surveyed in 2009 said that illegal immigrants were more likely to commit crimes than those who were in their country legally. 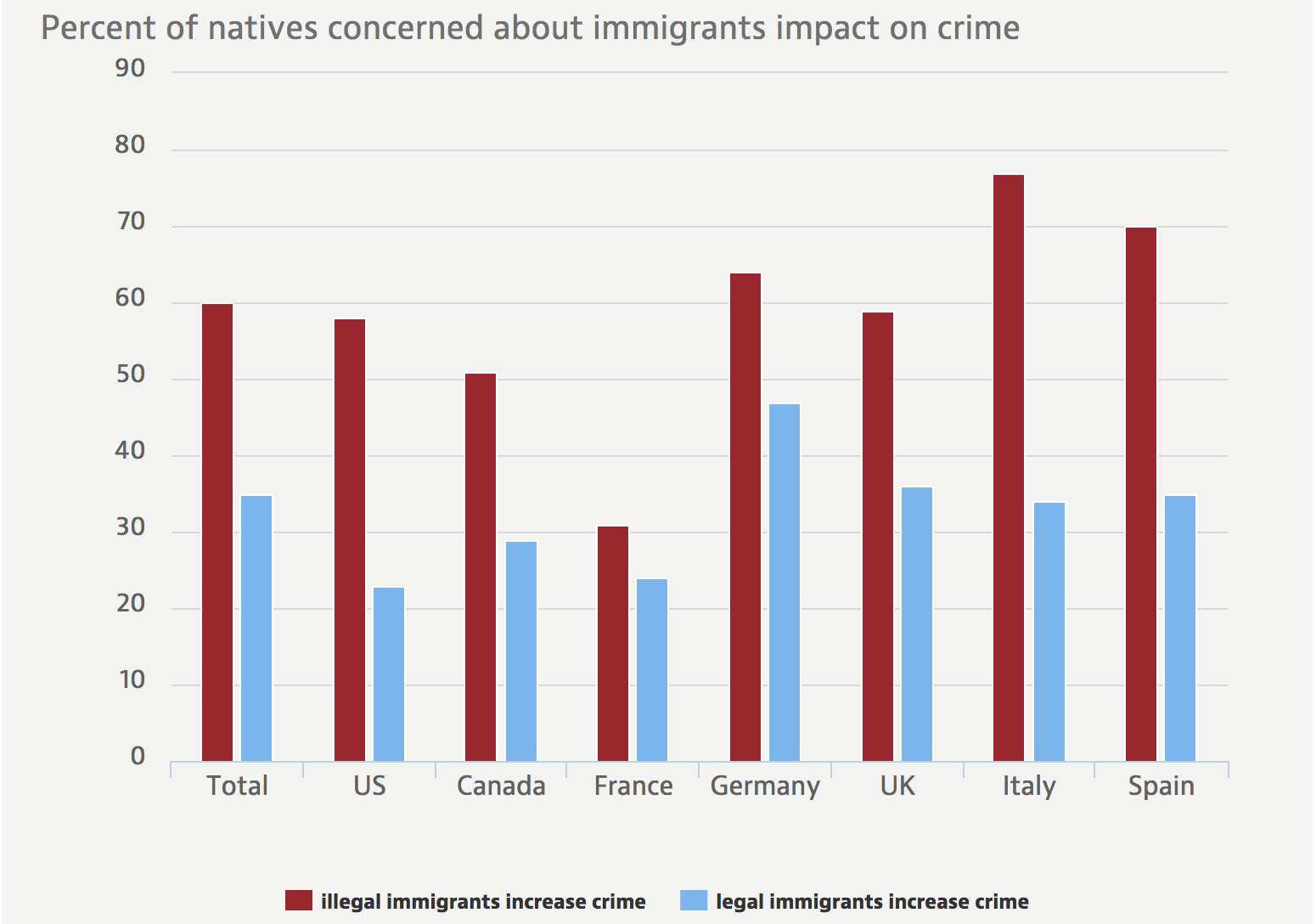 View full size chart
Source: adapted from Tranatlantic Trends survey (2009)
Perhaps it shouldn’t be so surprising. Everybody needs money to live. If they don’t have the legal right to work in a decent paying job, then a rational person will find other means of making a living, even if that involves robbing a store or selling drugs.
So, does this mean that the United States should expand amnesty programs and pathways for legal immigration? Not necessarily, Pinotti said. There are key differences in how immigrants behave in the United States that suggest the impact on crime rates would not be as significant as it was in Italy. Immigrants generally commit fewer crimes in the U.S. than in other countries because the risks of deportation are much higher. Other researchers have argued that selective deportations are the main reason why immigrants have lower incarceration rates than native citizens in the United States.
There are many reasons why policymakers want to curb illegal immigration, including protecting native workers from competition for jobs and adding stress to the nation’s infrastructure such as hospitals and schools. But for those who are worried about crime, Pinotti says it might be cheaper and more effective to ease their path to citizenship rather than try to deport them all.
“It’s going to be unavoidable. More and more (immigrants) are coming,” Pinotti said. “Probably the best policy response is to provide them a decent opportunity to live in our country. Access to legal jobs, possibly jobs that we are no longer interested in doing.”

“Clicking on Heaven’s Door: The Effect of Immigrant Legalization on Crime” is published in the January issue of the American Economic Review.