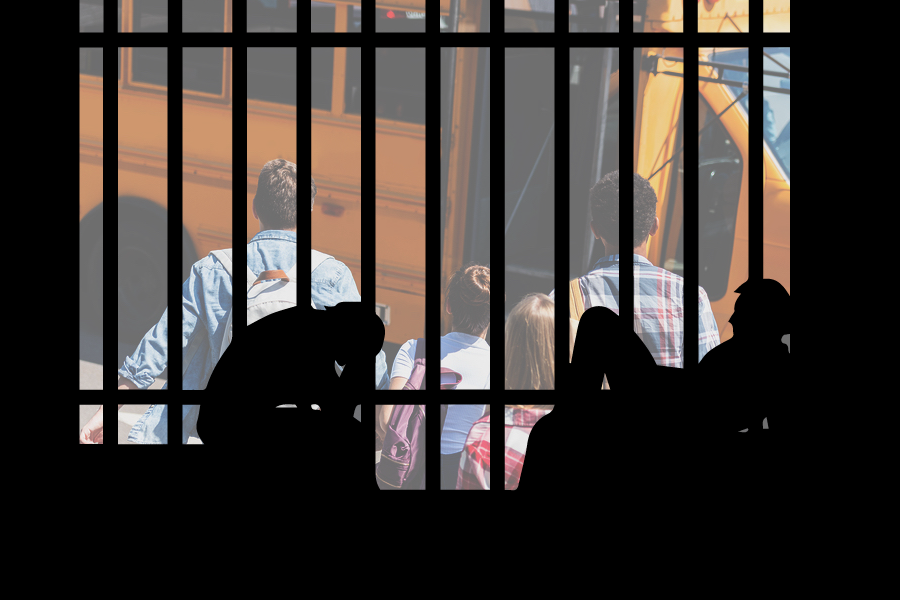 A paper in the January issue of AEJ: Applied says that grouping at-risk youth in the same schools can increase the chances that they will form criminal partnerships.

Several years ago, Stephen Billings realized something odd about his neighborhood social circle in Charlotte, N.C.

“I realized that all of our friends were on the same side of the street,” said Billings, now a professor at the University of Colorado, in an interview. “Across the street, I saw a bunch of kids that were the same age as my daughters and we didn’t know who they were.”

He didn’t know them because they went to a different school. Billings’ street was a border for two different catchment areas. Children on his side attended one elementary school, and kids across the street went someplace else. And as anyone with young children can attest, schools are important social institutions that initiate and shape interactions for students and their families—both in ways that are positive and not.

Billings and co-authors David Deming and Stephen Ross drew on this insight to study whether schools might be breeding grounds for criminal partnerships. Their paper in the January issue of the American Economic Journal: Applied Economics says that disadvantaged teens who lived near each other and attended the same school were more likely to be arrested for committing crimes together. The effects were especially pronounced for young men of the same race and age.

We were trying to ask, do schools facilitate the direct interaction of kids in criminal activity?

Previous research has looked into the importance that social interactions play in fostering criminal networks, but researchers are still trying to understand the mechanisms that lead to those partnerships.

“We were trying to ask, do schools facilitate the direct interaction of kids in criminal activity?” Billings said.

This paper offers direct evidence that schools do, in fact, foster relationships that lead to crime, insights that policymakers should consider in school reforms and neighborhood crime reduction efforts.

Criminal Connections
The likelihood that two students will end up partnering on a future crime is much more likely when they not only attend the same school and grade, but also reside near each other. 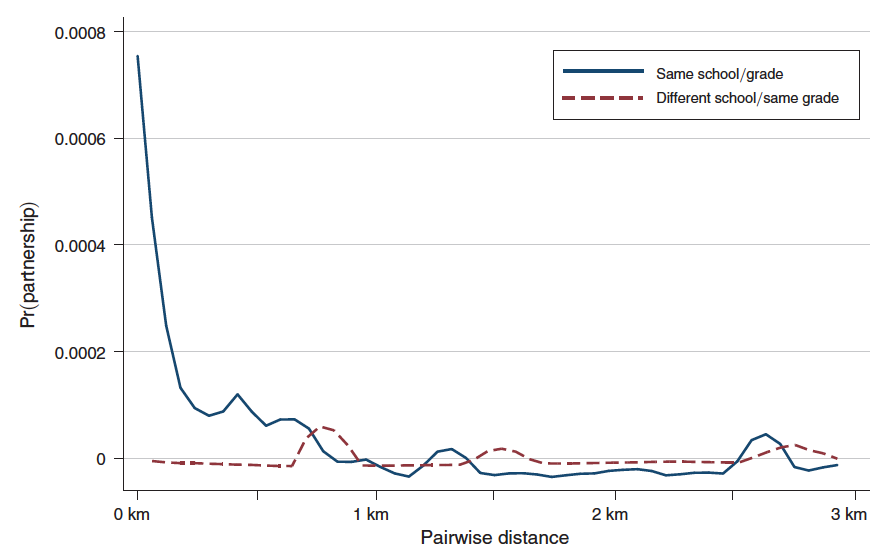 The authors collected administrative data from Charlotte-Mecklenburg Schools (CMS) and matched students with police arrest records at the time of a major redistricting effort.

In 2002, CMS was court-ordered to end decades of race-based busing, resulting in roughly half of all students being reassigned to a new school.

Suddenly, students who lived across the street from each other found themselves attending different schools if they lived on a street that served as one of the redrawn attendance boundaries. This disruption allowed the authors to separate any neighborhood effects from the influence of the school.

And these relationships persisted well into adulthood. That is not reassuring for any parents who are worried about their child hanging with a “bad crowd.” A 14-year-old kid who befriends a troublemaking student may end up sharing a jail cell with them in their late teens and twenties.

For communities, the paper offers larger lessons about the negative consequences of segregated schools, Billings said. That’s not to suggest a return to race-based busing, he said. However, policymakers should give serious consideration to creating socioeconomically diverse schools.

“Putting lots of high-risk kids together in a school is probably not a good idea,” Billings said.

“Partners in Crime” appears in the January issue of the American Economic Journal: Applied Economics.

The best defense money can buy

How should poor defendants be matched with a government-provided attorney?