More care in crafting patents could be an efficient way to rein in frivolous lawsuits. 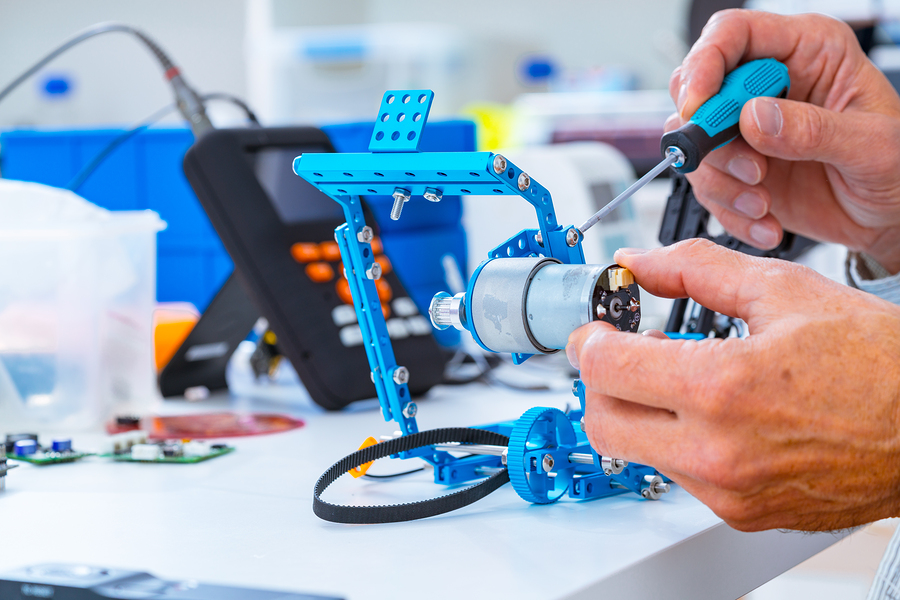 An electronics engineer works on a robotic arm.

Patents are supposed to encourage innovation. They give inventors the opportunity to profit from their ideas before others copy them. But this protection also opens the door to opportunists.

Patent assertion entities (PAEs)—more commonly called “patent trolls”—have made it their business model to acquire intellectual property without the intention of using it. They instead sell or license patents, and in some cases sue unsuspecting users.

While legislators and courts have cracked down on troll-like behavior, the US Patent Office is itself an important source of the problem, according to a paper in the January issue of the American Economic Journal: Applied Economics.

Authors Josh Feng and Xavier Jaravel found that PAEs strategically file with patent examiners who have a track record of issuing poorly crafted patents. Their findings could be used to help boost the quality of patent offices with limited resources.

The direct cost of patent litigation in the US exploded between 1984 and 2009, growing from $3.6 billion to $61 billion. By some estimates, patent trolls cost defendants about $30 billion in 2011.

Big tech companies are now accustomed to paying off trolls, in the form of licensing fees, viewing it as just another cost of doing business.

Patent growth
The chart below shows the number of patent applications and grants each year between 1963 and 2018. The enormous growth has put significant strain on the US Patent Office's resources. 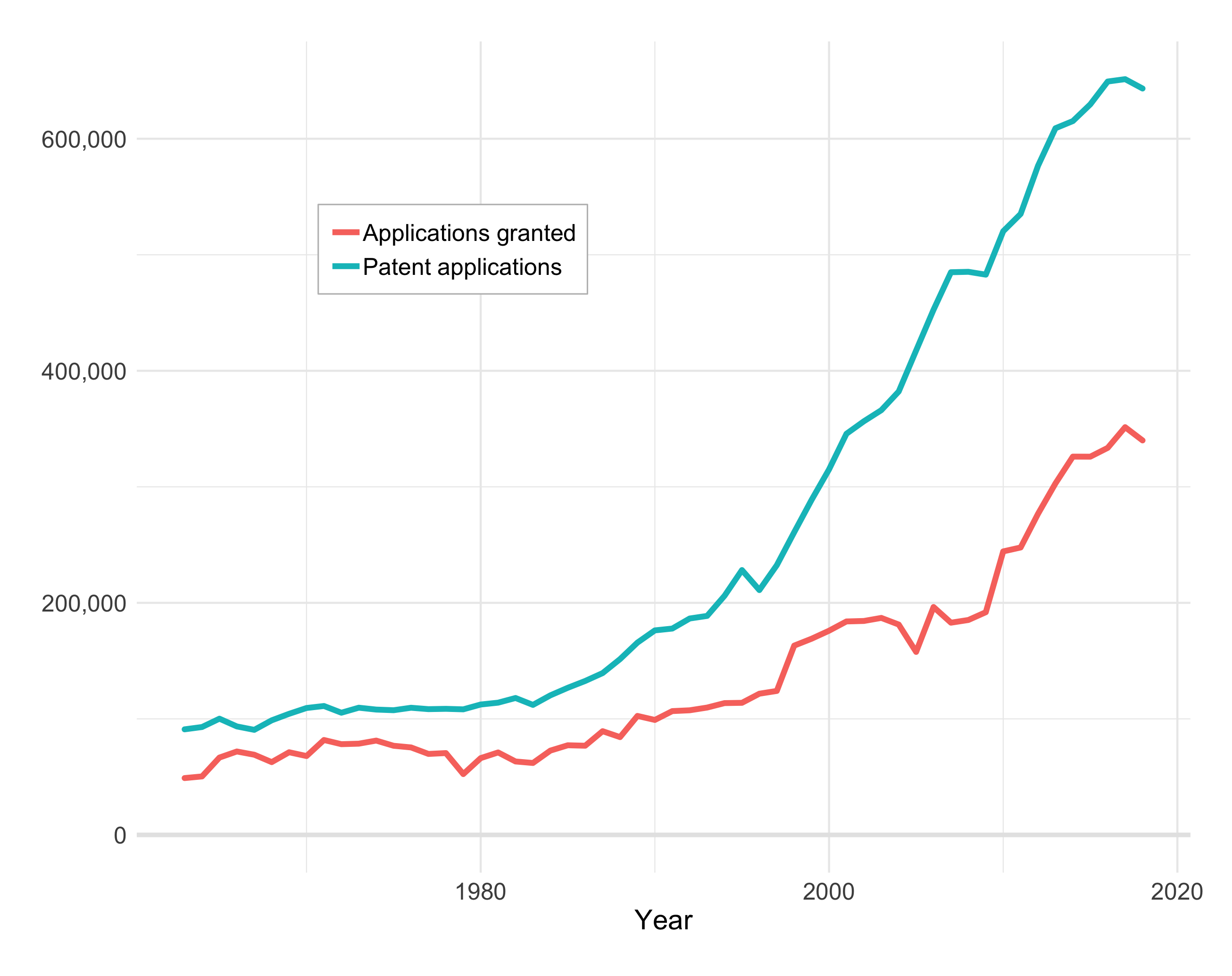 It’s well known that vague and ambiguously worded patents create the opportunity for disputes. But previous research hasn’t adequately scrutinized the role that unclear patents play, according to the authors.

That’s partly because past work has claimed it’s too costly for the US Patent Office to thoroughly examine every application. Most patents wind up sitting on the shelf unused, so it’s not worth the time and money to weed out every bad patent. It’s cheaper to resolve any disagreements in the courts.

The authors show empirically that the source of the problem can be narrowed to specific examiners who tend to be more lenient.

“It's not about which patents to grant but about how you craft it—how you word the legal documents,” Jaravel told the AEA in an interview.

For instance, patents issued by examiners who required more changes during the application process were less likely to be purchased or litigated by PAEs.

The researchers used a sophisticated model to incorporate a range of examiner behaviors and patent outcomes, but the main finding remained similar.

It's a good investment to have resources at the patent office in order to craft patents in a clear way.

The Supreme Court has taken some steps to shift legal power away from patent holders. Yet, PAE-targeted firms still account for 56 percent of all defendants in intellectual property cases.

And the stakes in even a single patent case can be enormous.

Moreover, the costs from lawsuits and licensing may understate the damage PAEs cause. Legal threats from trolls can quash small, innovative start-ups that don’t have significant legal or financial resources.

Preemptively blocking vague patents instead of letting them go to court could help address concerns that PAEs are holding back innovation.

With software technology only getting more sophisticated, the US Patent Office’s job won’t get any easier. Pinpointing examiners with a history of leniency could help alleviate some of the burden.

“It's a good investment to have resources at the patent office in order to craft patents in a clear way,” Jaravel said.