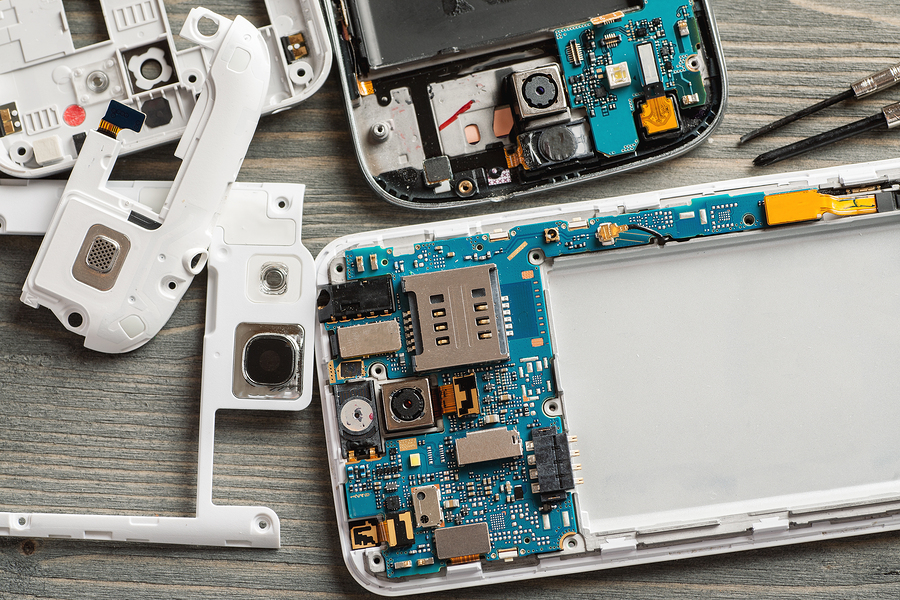 Modern communications technology is so intricate that there were approximately 250,000 active U.S. patents applying to smartphones in 2012, according to patent insurer RPX.

Longtime iPhone users are accustomed to a lock screen that requires a finger swipe across to unlock. It’s a clever mechanism to prevent your phone from accidentally sending a garbled text from your pocket when you’re not using it, but few users would probably consider it the phone’s most exciting or innovative feature.

Nevertheless, Apple was granted a patent for this technology in 2011 and promptly deployed the patent in multiple lawsuits against Samsung and HTC. This came amid a flurry of patent suits in the early part of this decade that at one point saw Apple involved in no fewer than 150 actions worldwide as either plaintiff or defendant and major, multi-billion-dollar acquisitions seemingly focused on accumulating patent portfolios rather than operational businesses.

Although the global patent wars between technology companies seem to have cooled down in the last two years (see figure below), people are wondering if the patent system is still up to the task of supporting innovation.

This seems to be a problem especially in the field of mobile communications where products incorporate so many pieces of technology, from satellite to IT security to touch-screen interfaces. There are so many overlapping patents that apply to smartphone design – a quarter million issued by the U.S. patent office, according to one widely-cited study – that it’s impossible to know exactly what is already patented and hard to develop a new product that doesn’t infringe on at least one patent claim out there somewhere.

How are companies dealing with this, and will it ultimately slow the pace of technological development? In a piece appearing in this month’s issue of the American Economic Journal: Microeconomics, authors Jay Pil Choi and Heiko Gerlach use the tools of game theory to understand how companies can respond to the threat of patent litigation, and whether consumers will get left behind.

I do think that, over the last years, companies have become more aware of the need to assemble a patent portfolio to defend themselves against litigation.

There is an increasing recognition in the tech industry that companies need to accumulate broad patent portfolios to protect themselves against suits. That way, even if a company’s new product unintentionally infringes on a rival’s patent, they can threaten the rival with lawsuits against its products (which are probably unintentionally infringing too).

“I do think that . . . companies have become more aware of the need to assemble a patent portfolio to defend themselves against litigation” said Gerlach in an email to the AEA. “This has contributed to more patent peace constellations in certain industries.” As the logic of mutually assured destruction has taken hold, there is less need for costly litigation.

Customers ultimately don’t care about all the patent wars happening behind the scenes – they win when there are innovative new products coming to market at prices they can afford. Patents are supposed to balance the demands of innovation and affordability, but the authors identify a reason that strategic patent portfolios can upset that balance.

They find that when huge patent portfolios come on the market thanks to the bankruptcy of an older company, companies with strong portfolios – who are ahead in the patent race already – have more incentive to acquire them.

This is because of the lure of a potential monopoly. A company that is ahead in the patent race has a chance to bury its rivals in litigation and remain as the last company standing in a particular product market, with the potential for stratospheric profits.

The proliferation of patent suits, 1994–2015
Defendants named in patent litigation filed in U.S. district courts, by month. Defendant counts rose steadily during this period, although rates have peaked and started to decline since the passage of a patent litigation reform in 2011 (vertical line). Data from 2011 around the time of the legislation is excluded from the trend lines.
Source: adapted from Figure 5 of Sag (2016) using data provided by the author

This might explain Google’s lackadaisical efforts to acquire the Nortel patent portfolio back in 2011 when it was thought to be far behind rivals like Apple and Microsoft in the accelerating patent arms race. That surprised observers at the time, but makes sense in light of the authors’ model. Even with a modest boost to their patent portfolio, Google stood little chance of winning a litigation battle so totally that it could end up with an effective monopoly for any of its products.

The tendency for the patent leaders to acquire a bigger and bigger lead can result in less competitive markets, less incentive for innovation, and a breakdown in patent peace as portfolios become unbalanced and mutual destruction is no longer assured. The uncertainty of whose patents cover what, and the constant threat of costly litigation has left some questioning whether the patent system as a whole needs an overhaul.

What if patents were narrowly defined, perfectly clear, and companies always knew how to “invent around” existing patents? There would be no need for costly litigation and no disincentive to develop a new technology if a company could be confident it wouldn’t end up getting successfully sued by a rival. Some observers think that is the fix needed to unleash more innovation.

The authors find that the answer isn’t that simple. The current, murkier patent system might actually encourage more innovation because of the potential for patent litigation to create a monopoly. If you develop a great new product and then sue your competitor who accidentally infringed on your patents, the path is open for you to dominate the market. A world with crisp, well-defined patents would have a lot less need for patent lawyers, but might also end up with fewer innovative new products.

A Theory of Patent Portfolios appears in the February 2017 issue of the American Economic Journal: Microeconomics.