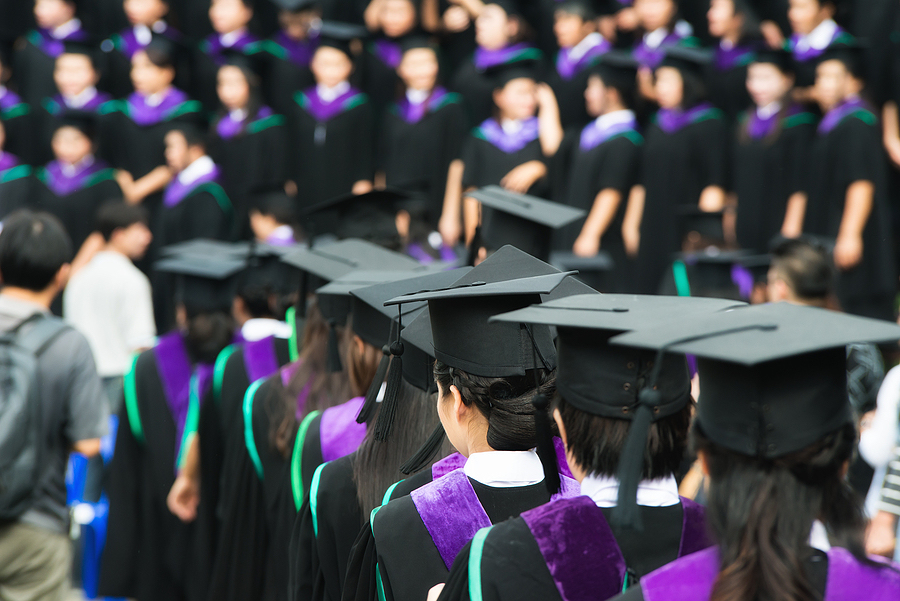 From the 1970s to the 1990s, the share of students leaving college with a degree steadily declined. But according to a paper in the American Economic Journal: Applied Economics, the trend since then has taken a turn for the better.

Denning says that more research is needed to determine whether this grade inflation is beneficial on the whole. But it should be something that school administrators consider when making decisions about grading standards.

Denning recently spoke with Tyler Smith about the impact of grade inflation on college completion rates and the upsides it has as a policy tool. 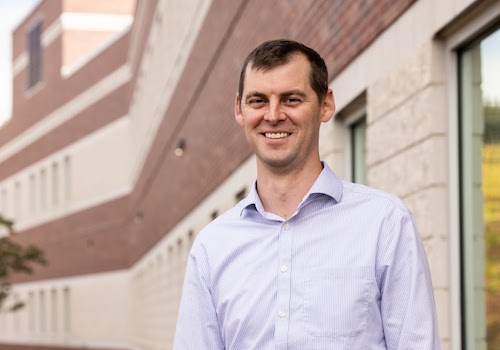 Tyler Smith: How have college completion rates changed over the decades, and what kind of trajectory have they been on recently?

Jeffrey Denning: There was a very nice paper published a few years before ours that documented that college completion rates were decreasing from the 1970s to the 1990s. This was very influential both in policy and research circles. And they concluded that it had to do with what they call supply-side factors—things like where students went to school and the spending at schools. That was the starting point that we had in mind when we started. We then asked what had happened since the 1990s. And we found that college completion rates have been increasing from the 1990s basically to the present. That was the motivating thing that we found, and then we wanted to understand why.

Smith: It seems like there could be a lot of factors other than grade inflation behind this increasing completion rate. How did you rule those factors out?

Denning: We started by asking if students were going to different colleges than they used to be going to that have higher graduation rates. But it didn’t really look like that was the case. We looked to see if students were more prepared in coming to college by looking at test scores from high school or SAT scores. But that really couldn’t explain it either. We looked at things like demographics, like whether students were more likely to have parents with a college degree. Again, that was not really explaining it either. That's the process that we went through in this paper. We went through these explanations that others had posed as potential reasons and ruled them out.

But one thing we noticed was that grades were higher over this time frame by quite a bit. We saw that grades were going up enough to explain it in a statistical sense. Then the question is, why are grades going up? We didn’t think it looked like students were more prepared as measured by these test scores. We had really detailed administrative data from about nine public colleges, and we could control really flexibly for things about family background, for test scores, and other things. But it didn’t really seem to matter in terms of explaining the increase in grades that we saw. So, we thought that it was not really about what students were coming in with that's explaining grades.

Finally, we added what I think is my favorite evidence in the paper from a school we're allowed to call “public liberal arts college.” There we have really detailed information on every student's final exam score in all their classes, as well as their final grade. We found that when comparing two students who got the same test score in different years, the one who took it who was in school later had a higher grade, which is consistent with grade inflation. In some instances, they actually take the exact same test. Not just the same class and the same instructor, but they take the exact same test with the same questions. We compared students who took the exact same test and got the exact same score on that test, and then asked, if you took it later, would we expect you to have a higher final grade in the class? And the answer was yes. I think this is our best evidence that this increase in grades is due to grade inflation.

Smith: I think it's natural to ask what might be driving grade inflation. Is there some kind of incentive for universities to be lowering their grading standards?

Denning: We don't really directly answer this in the paper, but we speculate on why this might be happening. When people ask me this, I always like to ask, “Who is the constituency for tougher grades?” I can tell you as a professor, my students are definitely interested in higher grades. Professors face incentives through student evaluations. There's evidence that if you give out higher grades, you will have higher evaluations. Administrators are interested in increasing college completion rates. So it's unclear who the constituency for tougher grades is. There are not a lot of groups that on average really want to push for tougher grading standards.

I would encourage policymakers to be intentional about how they are making grading decisions. If we inflate grades, what is that going to do to graduation rates? Which students are going to graduate at higher rates? But you also want to think about the potential lost incentive to study and weigh those two things out.

Smith: Should there be a constituency to help stop or reverse grade inflation?

Denning: People ask us this all the time, and I think they assume that we have strong feelings about what the right level of grade inflation is, but we don't. If you had told me before this project that you have a magic policy wand and that this policy wand will basically increase graduation rates for a huge swath of college students in America for free, I'd be quite interested in your waving that policy wand. Now, there might be unintended consequences of increasing grades. It can decrease the incentives for students to study and that sort of thing. But I think that future research should weigh these two things. On the one hand, increasing grades or grade inflation is going to help more students graduate, and that's generally good. But on the other, it might decrease how much students learn in school and thus decrease their labor market returns, and that's generally bad.

Smith: What would you like university administrators to focus on when it comes to ensuring that as many students leave college with a degree as possible?

Denning: The first thing is that I share their goal of increasing graduation rates. That's a really good goal, and I think that grading policy is an interesting policy lever they can use to influence this. I would encourage policymakers to be intentional about how they are making grading decisions. If we inflate grades, what is that going to do to graduation rates? Which students are going to graduate at higher rates? But you also want to think about the potential lost incentive to study and weigh those two things out. I don't have strong concrete suggestions, but I think that this is something to think about. I hope that this paper and others like it will start us thinking more carefully about grading policy, and hopefully we’ll have more concrete recommendations in the future.

“Why Have College Completion Rates Increased?” appears in the July 2022 issue of the American Economic Journal: Applied Economics. Music in the audio is by Podington Bear.