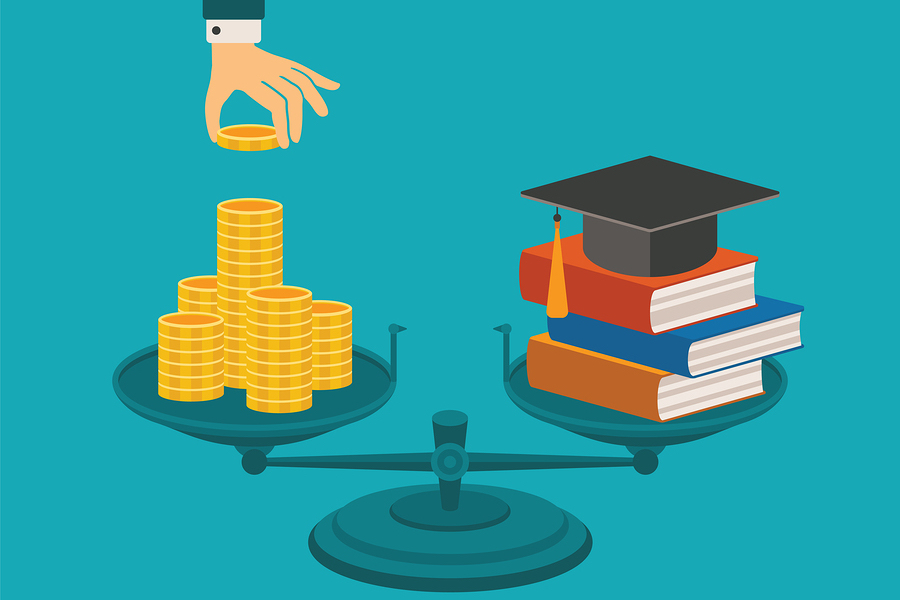 The cost of going to college in the US has more than tripled since the 1980s. This startling rise has left many states scrambling to keep the doors of their universities open to all students, regardless of family income.

But there’s little evidence about which policies will strike the right balance between maintaining sufficient funding for high-quality programs and maintaining access for needy students.

Fortunately, Texas may offer insights for the rest of the country, according to a paper in the November issue of the American Economic Journal: Economic Policy.

With some presidential hopefuls pushing for dramatic changes to higher education, having a clear menu of policies, along with their impacts, will be critical to ensuring that US colleges remain some of the best in the world.

In 2003, Texas passed a higher-education reform bill that provided a unique opportunity for the researchers.

“We were trying to learn broader lessons about having a high-price, high-aid model versus a low-tuition model,” Stange told the AEA. “There just aren't that many cases where a place has gone from one to the other.”

Texas was like many states before it deregulated. The state legislature had tight control over tuition setting, and it held prices well below cost. But state budgetary pressures led to severe spending cuts.

Public universities feared that they would have to substantially cut student and faculty resources, so they successfully lobbied the state government for more flexibility to set tuition themselves.

Unsurprisingly, the researchers found that there was a dramatic increase in tuition across the board for nearly every major at every college after the reforms. Moreover, the programs that increased the most tended to be the highest paying majors at the most selective institutions.

Opponents of deregulation thought this would be disastrous for low-income students, according to Stange. On average, poor students were already entering programs that generated earnings gains 3.7 percent lower than non-poor students.

However, the authors found instead that this earnings gap closed by more than a third after deregulation.

Mind the earnings gap
The chart below shows how poor students shifted towards more lucrative institutions and majors after reforms in 2003. Panel A shows that poor students closed the earnings gap by over a percentage point after just 2 years. And Panels B and C make it clear that they were more likely to enroll in the highest-earning programs and avoid the lowest-earning programs. 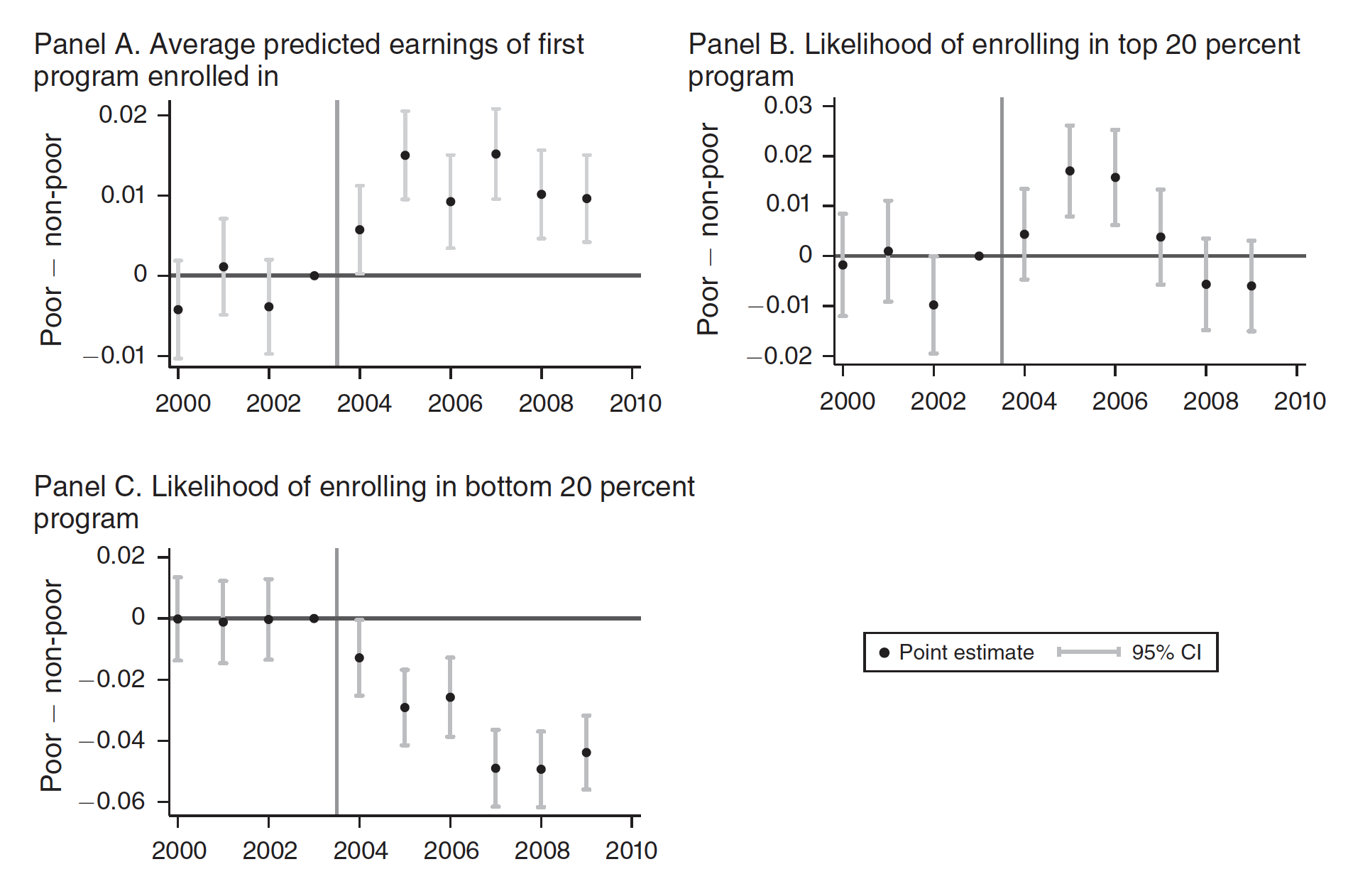 What accounted for the shift to more lucrative programs?

Texas already had a large needs-based grant program that partially shielded low-income students from some of the price increases. But the state legislature also paired tuition-setting authority with a requirement that colleges funnel a portion of new tuition revenue back into financial aid for needy students.

Overall, the total aid package was sufficient to ensure that poorer students weren’t any less likely to enroll in college, and even encouraged some to pursue higher-paying majors. Plus, public universities could hire more faculty per student, reduce class sizes, and increase spending per student.

Currently, the most forceful voices for change to higher education have come from the political left. Bernie Sanders, for instance, laid down a marker with his plan for tuition-free colleges and universities for nearly everyone. Some states are even considering such proposals.

But the free-tuition movement may be offering a blunt tool for a complicated problem.

“Free tuition is not the only way to increase access,” Stange said. “[Texas’s reform] is an example that's the opposite of free tuition, and yet it didn't hurt access. It might even have helped access.”

“Price Regulation, Price Discrimination, and Equality of Opportunity in Higher Education: Evidence from Texas” appears in the November issue of the American Economic Journal: Economic Policy.

A piece in FiveThirtyEight on the rising cost of tuition at U.S. public universities highlighted a 2014 study from the American Economic Journal: Economic Policy