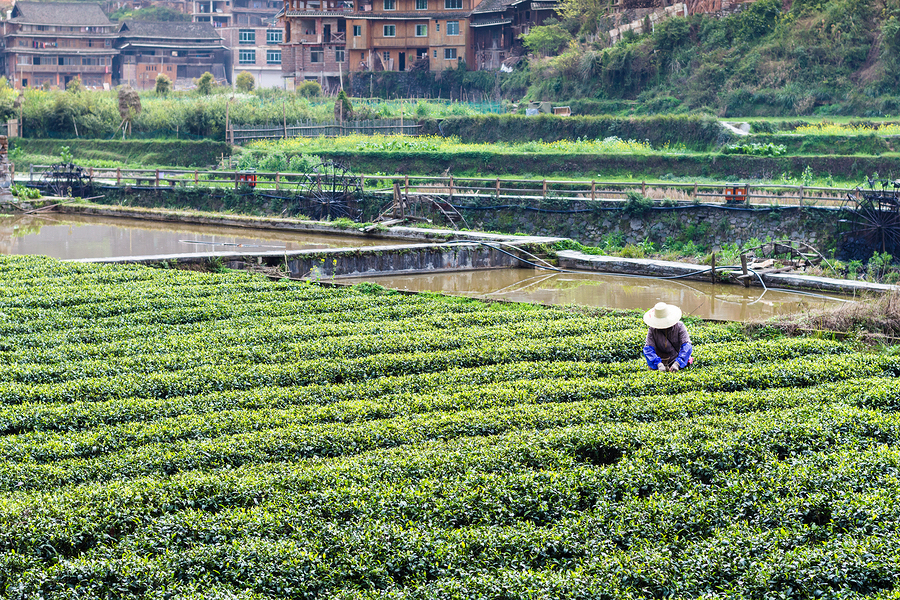 One and a half million college graduates were unemployed in China. Rural poverty persisted throughout the country. And, the government lacked a pool of highly educated employees who were also familiar with rural life.

Despite the program’s popularity, there were concerns that the college graduates, who were not trained in rural development, would be ineffective as local officials. Even if the graduates were effective, critics worried their impact might not be significant enough to justify the cost of the program. However, the potential benefits of the program were large: with the right incentives, the graduates could reduce corruption in local governance, improve policy targeting, and help bring people out of poverty.

In the October issue of the American Economic Journal: Applied Economics, coauthors Guojun He and Shaoda Wang evaluated two components of the CGVO program. They found that college graduates successfully implemented the Subsidizing Poor Households program and the Renovating Dilapidated Rural Houses program, which helped more poor households to register for subsidies and increased the subsidies the households received.

The authors interviewed the College Graduate Village Officials (CGVOs), sent out surveys, and read through notebooks that CGVOs kept to record their daily work for future evaluations. These materials indicated that the CGVOs’ beliefs about their responsibilities and how to best uphold them aligned with the program’s mission. More importantly, so did their actions.

Over the past year, I have become more familiar with the conditions of the villagers and better understood their needs through deep conversations with them.

The CGVOs believed that, in order to improve policy targeting and address poverty, they should implement policies in a transparent way that would reduce the opportunities for corruption, provide information to villagers and answer questions about social assistance programs, and register households below the poverty line so that they can more easily obtain future assistance.

Consistent with these beliefs, villages with at least one CGVO (relative to villages without any CGVOs) saw a 20 percent increase in subsidized households, and the proportion of poor-quality houses went down by 14 percent. Households below the poverty line were increasingly registered with the government, and more people were registered as disabled, which qualified them for greater social assistance. 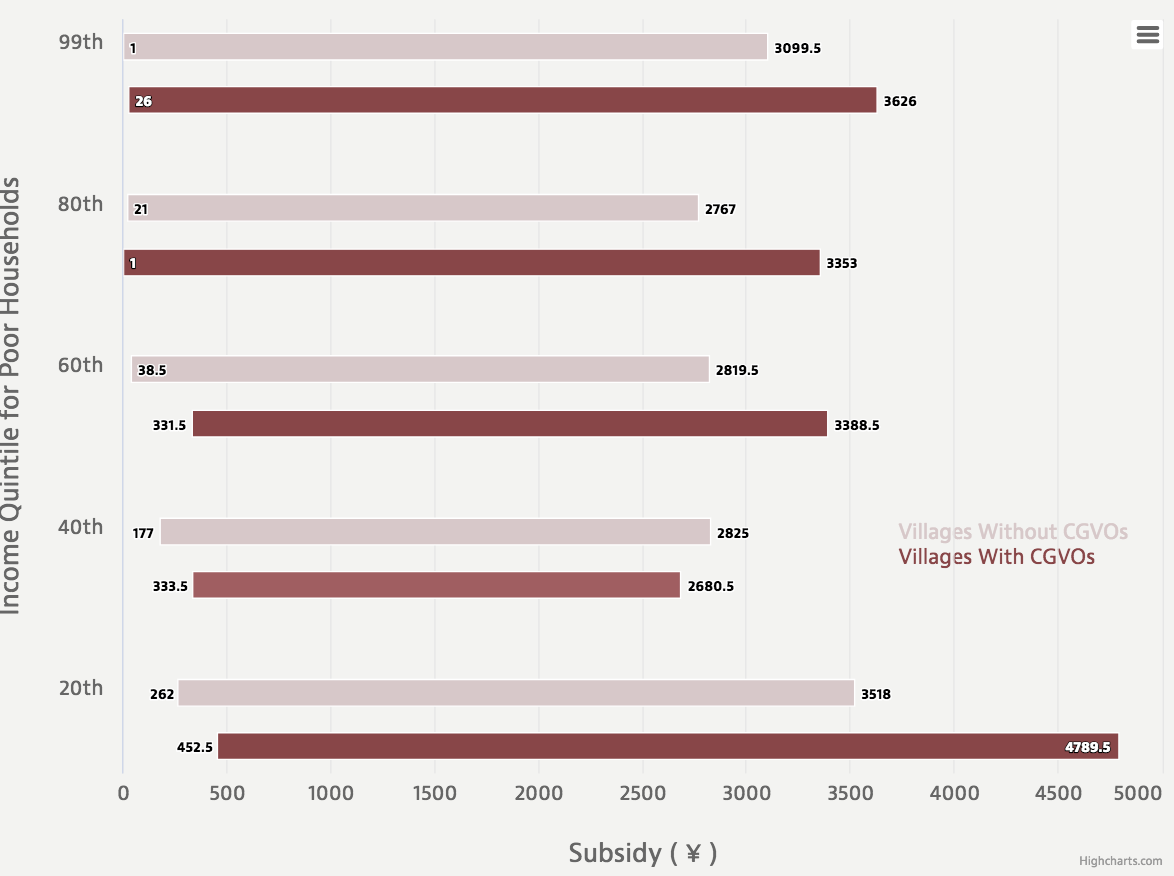 View full size chart
Source: Author Data
*Note: The subsidies shown are within half a standard deviation
of the mean amount for each income quintile below the poverty line.

As the CGVOs gained an understanding of the challenges facing rural communities, such as a lack of awareness about subsidy programs and how to apply for them, they became the type of candidate the government needed for higher-level positions: well-educated and knowledgeable about rural life.  “Over the past year, I have become more familiar with the conditions of the villagers and better understood their needs through deep conversations with them,” one CGVO self-evaluation form read (author translation). “I tried to offer some help to those who really have difficulties in life.”

By the end of 2011, the CGVO program employed over 210,000 college graduates. The CGVOs were successfully implementing the Subsidizing Poor Households program and the Renovating Dilapidated Rural Houses program. And, the pool of ideal candidates for government positions was growing with each new class of CGVOs.

Other countries should consider adopting the most effective features of this program, suggests He. Just as the CGVOs improved — and continue to improve — the implementation of national anti-poverty policies, similar programs could become an effective tool outside of China as well.

Although the cost-effectiveness of the program remains to be empirically investigated, the CGVOs are proof that a single program can address multiple issues at once, benefitting graduates, rural residents, and the government alike.

Where China’s next round of growth will come from

Do Chinese government inflation data hold up to scrutiny?