Do Chinese government inflation data hold up to scrutiny? 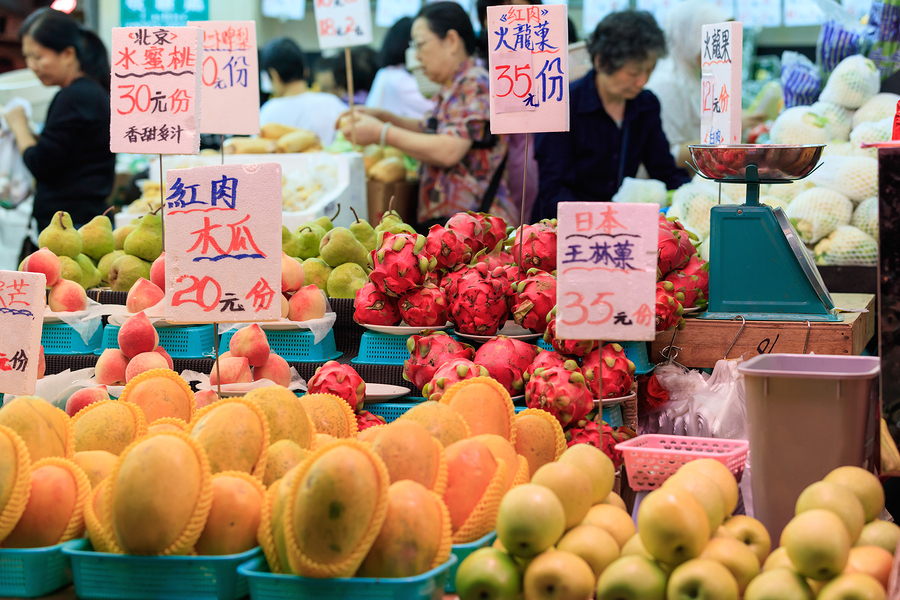 Over the past two decades, the world economy has moved up and down, but growth and inflation in China have been remarkably stable – according to official statistics anyway.

Those statistics have long been viewed as somewhat suspect. This notion was only reinforced by a 2010 revelation that a high-ranking Chinese official told an ambassador in 2007 that government GDP figures were “man-made” and that he looked to other indicators like rail freight traffic for a better read on the state of the Chinese economy. The dramatic downturn in the Chinese stock market last year focused even more attention on the government’s credibility gap.

In Are Chinese Growth and Inflation Too Smooth? Evidence from Engel Curves (PDF), authors Emi Nakamura, Jón Steinsson, and Miao Liu note the remarkably low and stable inflation figures during the past 20 years, and the consistently high rates of growth reported by Chinese authorities. They set out to verify these numbers using an alternative methodology.

According to the NBS, the official government inflation numbers are tabulated by thousands of price collectors that canvass prices from grocery stores, shopping centers, department stores, and more in 500 cities and counties across China. By tracking these prices over time, and calculating the way the price of a particular basket of goods changes, they come up with a consumer price index that is designed to reflect the way prices are changing for a typical consumer.

To check the NBS's work, the authors take a more indirect approach to measuring inflation. Rather than looking to data on actual prices offered in stores, they look to data on consumer spending in the Urban Household Income and Expenditure Survey. Each year, a sample of families across China’s cities is asked to keep a running diary of purchases and prices paid that is tabulated and categorized by the survey takers at the end of the year.

Using these spending diaries, the authors can see the consumption habits of families at different income levels in different parts of China. How much of their total spending went to food versus entertainment, or housing versus education? The detailed data even allow the authors to answer questions like whether, among the food purchases made over the course of the year, families spent more money on luxuries like fruit and eating out, or more on necessities like grain and meat.

The shifting Engel curve in China, 1995–2000
Engel curves showing the relationship between a measure of wealth (total annual consumption) and the fraction of spending devoted to food for 30 provinces and administrative areas in China, 1995–2000. Spending on food as a percentage of income tends to fall as wealth rises, so the authors use food consumption behavior as an indicator for how wealthy Chinese families with a given nominal income felt they were.
Source: adapted from Figure 3a of Nakamura et al. (2016) using additional data provided by the authors

Using the data in the spending diaries, the authors can construct Engel curves for various types of goods (the figure above shows Engel curves for food across 30 provinces and districts in China). The downward slope of the Engel curve reflects the basic principle that people and households spend more of their income on luxuries and less of their income on necessities as they get richer. A poor family must spend almost all of its money on food and shelter to survive, while a more wealthy family can afford to spend a much smaller percentage of its income on those things (even as they can probably afford nicer dwelling and better food).

Studies from different time periods and countries reveal this same pattern again and again in different contexts, and the data above show China is no different. Provinces with greater real consumption spending (as determined by their stated consumption spending and the official inflation statistics) generally spent a lesser percentage of money on food and more on other things like education and entertainment.

But the Engel curves in the figure above are shifting leftward each year between 1995 and 2000. This means that Chinese families who participated in the survey during the later years were acting like they were slightly richer than they were, with many provinces spending slightly less of their money on food and slightly more on other things than would be expected based on their total consumption levels.

Across a wide array of categories of consumption, not just food, the authors find a very similar pattern – between 1995 and 2000, Engel curves were shifting leftward and people were spending less on necessities at the same income level. All across China, at all income levels, families were making consumption decisions (namely, slightly more luxuries and fewer necessities) that would have been expected from families that were slightly richer.

What was going on in the late 1990s? Did everyone in China start thinking they were getting richer faster than they were, or was there a massive shift in preferences that made families shun necessities like food and clothing in favor of more luxuries?

The authors conclude that such a steady and pervasive pattern across so many goods is most likely the result of mismeasurement of real consumption. The families weren’t just behaving like slightly richer families – they actually were a bit richer than believed because inflation was lower than the government statistics said it was.

The authors can use the size of the shift in Engel curves between years to back out an estimate of true inflation (about -8 or -9% per year during 1995–2000, according to their method, versus a government estimate of about 0%). The authors’ approach trusts families’ spending habits rather than official statistics to tell us how rich a family actually is, and uses that information to interpret nominal income levels.

If inflation was overstated during this period, it means official estimates of growth were actually understated – consumption was probably growing faster than it seemed at the time, which means the inflation reports made the Chinese economy look weaker than it was.

We suggest two possible interpretations of our finding that Chinese official statistics are ‘too smooth.’ First, they may reflect political motivations to report low and stable inflation and high and stable growth statistics. Second, they may reflect true difficulties measuring inflation. The analysis in Holz (2013) suggests that this second reason may be the more likely explanation.

But the authors also find a completely opposite pattern between 2006 and 2008, with Engel curves shifting mysteriously to the right. The size of the Engel curve shift across all categories of goods suggests that inflation (officially reported at about 5% a year during this stretch) was actually more like 15 or 20% per year in 2007 and 2008. Coincidentally or not, this matches up with the timing of a major pork shortage in China resulting from an outbreak of “blue ear” disease in pigs across the country that pushed prices up 87% in a year.

Measuring inflation isn’t easy, so these discrepancies aren’t necessarily a sign of political tampering. Price indices can have a hard time accurately tracking the effective change in prices when new technologies are being introduced to a market or when products are constantly being replaced by slightly better, slightly more expensive models. In fact, a similar analysis found inflation was also overstated by the U.S. government during the 1990s.

Despite some recent moves by the Chinese government to acknowledge past discrepancies, the authors conclude that the inflation discrepancy is probably attributable to legitimate difficulty in measuring price changes, rather than an attempt to sugarcoat the data. Still, the authors’ estimates paint a much more volatile picture of the Chinese economy over the past few decades than is acknowledged by the government. ♦

“Are Chinese Growth and Inflation Too Smooth? Evidence from Engel Curves” appears in the July 2016 issue of the American Economic Journal: Macroeconomics.