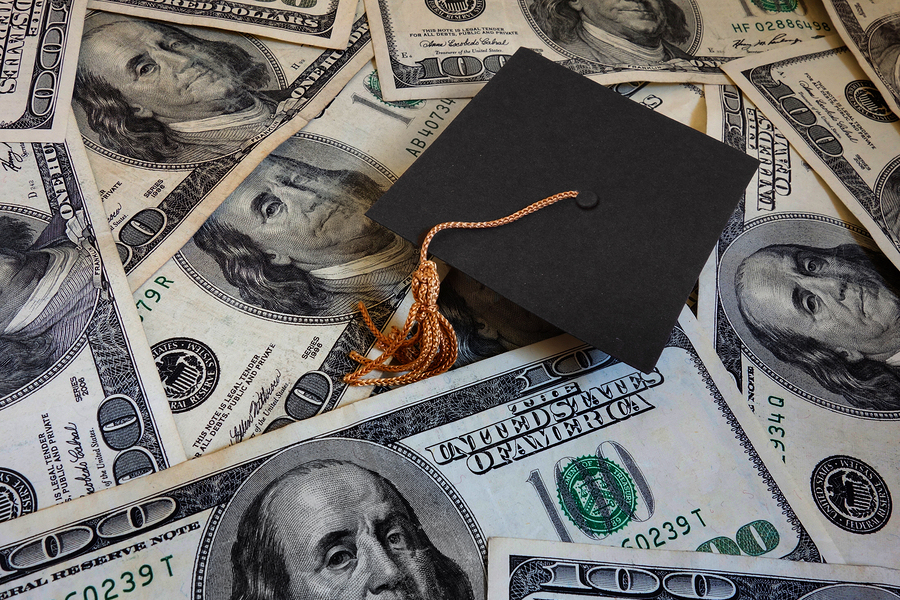 A $1000 increase in a family’s EITC refund increases a high schooler's chance of enrolling in college by 1.3 percentage points.

Many families have received their annual tax refund by now. At the same time, many high school seniors have made their college decisions. These two events might not seem related, but according to researchers Dayanand Manoli and Nicholas Turner, they can be.

In a new paper in the May issue of the American Economic Journal: Economic Policy, the researchers show that having some extra cash-on-hand in the spring of senior year increases college enrollment rates for low-income families. In particular, the Earned Income Tax Credit (EITC) can help families pay for last-minute, non-tuition costs for college, like books and housing, that might otherwise be a significant obstacle.

This effect is not the same for everyone. “It turns out that context matters a lot,” said Manoli in an interview with the AEA. The extra cash only makes a difference for low-income families, a group that generally has low take-up of other forms of aid. In fact, low-income families often do not claim the American Opportunity Tax Credit, which is specifically designed to encourage higher education, or file FAFSA forms — often because they mistakenly believe they are not eligible for financial aid. So, the EITC can become an important source of funding.

Applying for aid
These are the most common reasons for not applying for federal student aid by income, according to data from the U.S. Department of Education, National Center for Education Statistics, 2007-2008 National Postsecondary Student Aid Study. Notably, many low-income families believe they are not eligible for aid. 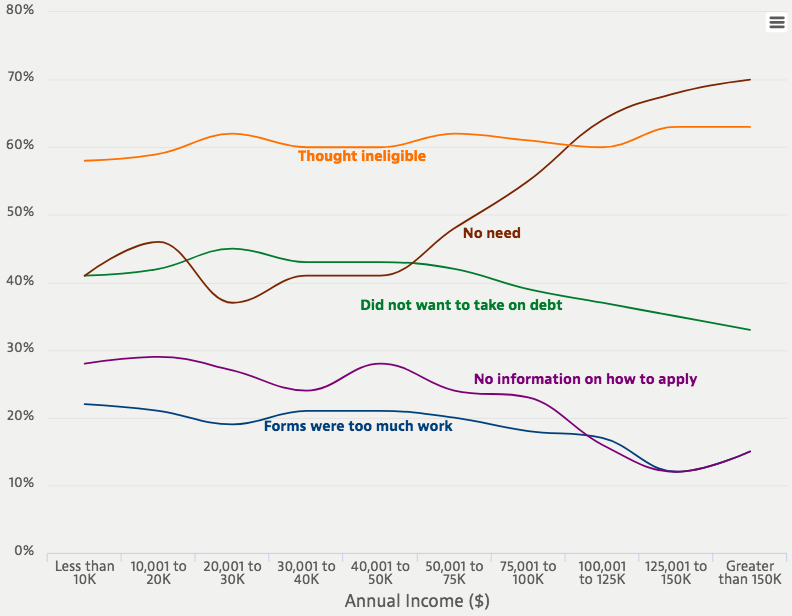 The EITC was designed to reward low-income families for working. It is a refundable credit, meaning that families can receive it even if they have no tax liability. The more income a family earns, the more of the credit they get. But, this is only true up to a point. Once they make enough money, the refund becomes the same for everyone — even as income continues to increase. The authors call the point where the policy changes — where everyone starts to receive the maximum refund regardless of their income — the kink point.

The authors use this set-up to disentangle the effects of income and cash-on-hand. If income is the only factor that matters, then enrollment should rise as income increases, regardless of the kink point. If cash-on-hand matters more, then enrollment should rise as the refunds increase and then level out after the kink point (when the refunds have reached their maximum for everyone).

The authors find that cash-on-hand does matter. As refunds increase, so do enrollment rates. Once refunds level off, enrollment rates do not increase as quickly. So, having extra cash in the spring is an important factor in college enrollment decisions — not just annual income. From these findings, the authors calculate that a $1,000 increase in a family’s EITC refund increases their high schoolers’ chances of enrolling in college by 1.3 percentage points.

The authors also look at what happens at another kink point. When families earn more, they stop receiving the maximum refund. They receive less and less of the credit until they are no longer eligible. This point does not have a significant impact on college enrollment. One plausible explanation is that, for higher-income families, out-of-pocket expenses are less of an obstacle to college enrollment, and so having extra cash-on-hand does not matter as much.

It turns out that context matters a lot.

According to Manoli, these findings suggest new ways to increase college enrollment, especially among low-income families. One solution is to change the timing of American Opportunity Tax Credit. Rather than provide tax credit after enrollment, people should be eligible as they are making their college decisions. By enabling people to cover last-minute costs, an earlier refund could better accomplish the AOTC’s goal of promoting higher education.

Another solution is for colleges to implement financial aid policies that supplement out-of-pocket costs, including books, food, and commuting. They can also better advertise financial aid, clarify who is eligible, and encourage students to apply.

Developing policies — whether through the tax code or university administrations — that empower low-income students to attend college do not have to be overly complex or costly. If even a single, well-timed refund can prompt enrollment, then taking out-of-pocket costs seriously may be a significant step toward motivating students to pursue higher education.

"Cash-on-Hand and College Enrollment: Evidence from Population Tax Data and the Earned Income Tax Credit" appears in the May issue of the American Economic Journal: Economic Policy.