The case for paying college athletes

The AEA interviews Allen Sanderson and John Siegfried about why they believe the NCAA's current model is broken. 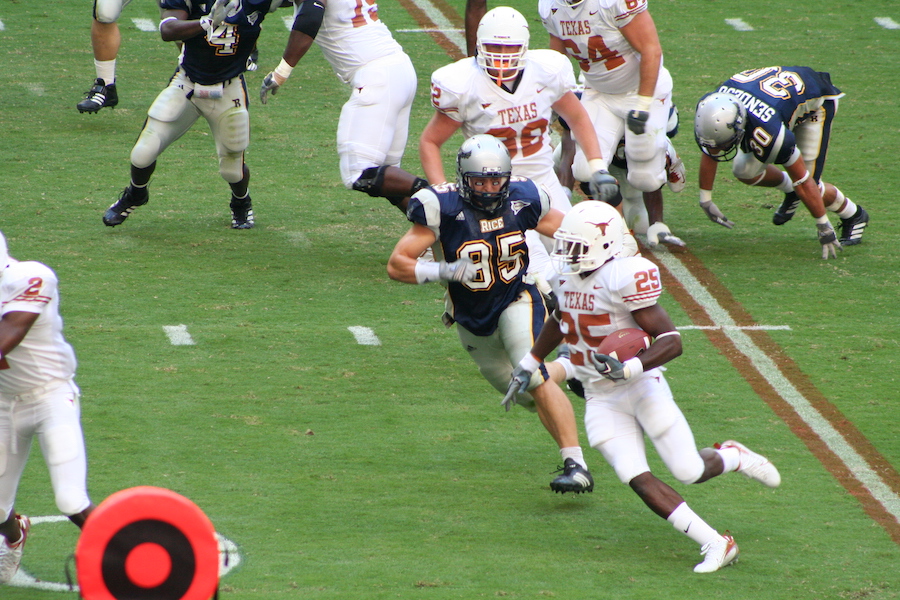 The University of Texas Longhorns play the Rice Owls in a football game in 2006.

College sports have become big business, and everybody’s making money except the players.

The National Collegiate Athletic Association prohibits “student athletes” from receiving a cut of the millions of dollars in revenue that schools collect from games and product licensing. Instead, players get scholarships, the value of which pales in comparison to what they might earn on the open market.

But that may be changing. Repeated court challenges and bribing scandals involving star athletes have cast a pall on the two most popular sports of men’s basketball and football. The introduction of legalized gambling this year has intensified the pressure to pay players what they are worth, lest they fall prey to the influence of betters hoping to sway the outcome of a game.

Allen Sanderson and John Siegfried have been arguing for years that the system needs to change. In 2015, they published a paper in the Journal of Economic Perspectives that made the case for opening college sports to the free market. Four years later, they are even more certain that the current model is unsustainable.

Sanderson and Siegfried spoke with the AEA about why they think college athletes should be paid, the potential consequences of doing so, and how the landscape could change over the coming decade.

The edited highlights of that conversation are below and an extended audio version can be heard by clicking on the media player. 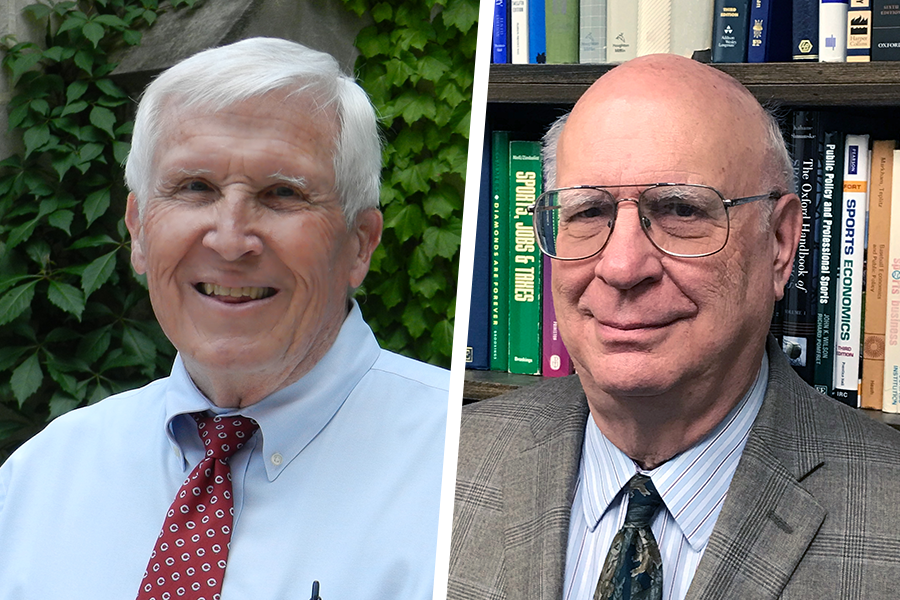 AEA: Much of the argument over paying college athletes has to do with fairness and ethics. Even though athletes are compensated through their scholarships, you've made the point that this amounts to a price fixing scheme. Can you explain that?

John Siegfried: Fairness is in the eye of the beholder. There is no specific accepted standard for fairness. Economists usually accept the competitive market outcome as acceptable and fair. But in this case there is not a competitive market outcome. There are rampant market imperfections here, and as a result, there are a monopoly profits going to people who control things. That includes coaches and administrators at the universities, staff and administrators at the NCAA. So, fairness is a very tough issue.

AEA: Could you give us a sense of how profitable these programs are and what has led to this revenue growth at these large programs?

Allen Sanderson: I think you need to separate out revenue from profits. As an example, in men's basketball in 1984, CBS paid the NCAA $12 million (adjusted for inflation) to broadcast March Madness, the men's basketball tournament. For the 2019 tournament, they paid them more than $1 billion. That's a gigantic increase in revenue. There are a lot more revenues, huge amount, of which the athletes are getting approximately none of it.

In terms of profitability, there aren't that many division one teams that actually turn a profit because the revenues are gobbled up by other expenditures on campus. It could be from the stadiums to the practice facilities, to the locker room, to whatever, so in the end, they spend more than what they get.

AEA: What is the argument that the NCAA puts forth in continuing to resist paying athletes?

Siegfried: Their main argument goes back to the early 1950s when the then executive director of the NCAA Walter Byers coined the term "student athlete." It's very important to the NCAA that it be "student athlete", not "athlete student." They emphasize that these players are students and that's their first responsibility and this is just a side activity that they're participating in. At the beginning, that was a pretty fair representation of it. But the revenues have grown to astronomical amounts that make it sort of silly to think of this as a hobby rather than as a business today.

Sanderson: Also, “student athlete” has a much nicer appeal than “exploited worker.”

AEA: What are the potential impacts on sports that generate less revenue, particularly impacts on female athletes under Title IX. If scholarships for high-revenue male sports went away, couldn't the schools justify reducing the number of scholarships for female athletes and make things tougher at a time when we're trying to achieve equity in men’s and women's athletics?

Siegfried: That's a possibility. The one thing to consider here is that Title IX applies to students, and if the football and men's basketball players are basically earning competitive salaries, are they still students or are they employees? If they are employees, Title IX doesn't apply. . . . The result of that would be to take football, men's basketball, and at some schools even women's basketball out of the Title IX arena. Then what you're left with is the rest of the sports. And you'd have to have the Title IX balancing among the scholarships in the remaining sports. Surely that would lead to a reduction in scholarships for women in sports because football is an all male activity and a large one, and if you remove that from what is counted under Title IX, women's scholarships are going to probably decline.

AEA: What would the structure of a fair compensation system look like?

Sanderson: That's a good question. I agree that the current model isn't sustainable. The NCAA is going to continue to lose in the courts and, at some point, universities having most of them losing money in Division 1 football, are going to have to figure out at what point we stop doing this because it's costing them. So it's not clear whether paying the players could move to a development league, a minor league in football or basketball like you have in baseball. It could be that the athletes are paid or some money is put into a pot that later on post graduation or post graduate experience, former players could draw on to go back and finish their degrees, or get an MBA, or start a small business. There are a variety of ways in which that compensation could get to them.

“The Case for Paying College Athletes” appears in the Winter 2015 issue of the Journal of Economic Perspectives. Music in the audio is by Podington Bear.

Will cities ever break the habit of paying for stadiums?