The pros and cons of collaboration

Benjamin Jones discusses the rise of team research and implications for professional advancement. 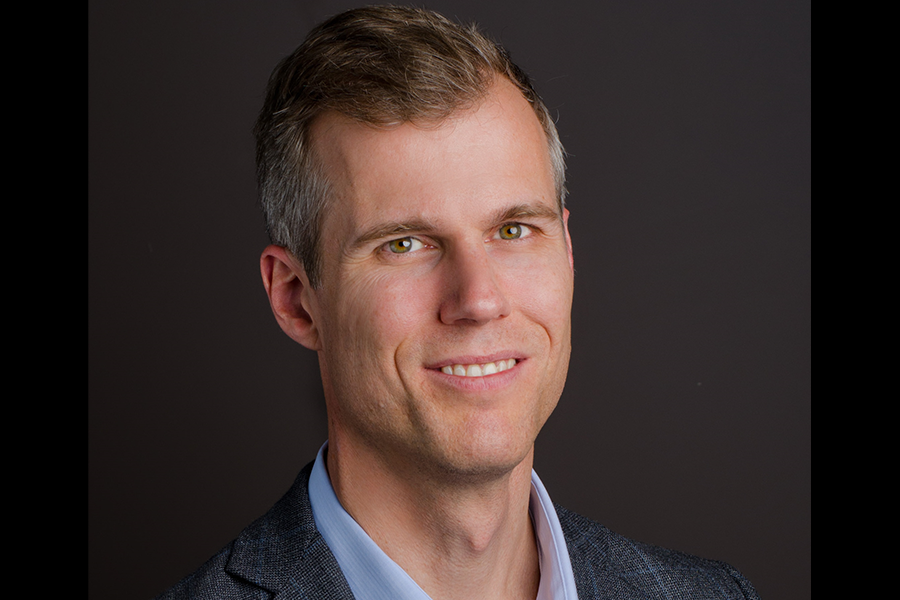 Benjamin Jones is a professor at Northwestern University.

Publications in economics were once authored primarily by individual researchers.

In 1960, fewer than one in five economics journal articles had more than one author. Today, about three quarters of all papers are produced by research teams.

The shift toward collaboration has a lot of upsides for economists, including producing higher impact papers, sharing the division of labor, and enjoying creative partnerships.

Northwestern University economist Benjamin Jones says that there are some downsides too. In a paper in the Journal of Economic Perspectives, Jones says that the rise of teams has made it more difficult to identify individual contributions. This can muddy tenure decisions, hinder grant funding opportunities, and even expand inequality in the field at a time when economics is trying to boost representation of women and minorities.

Jones spoke with the AEA’s Chris Fleisher about the rise of research teams, the pros and cons of collaboration, and a few reforms that could help ensure coauthors are getting fair treatment.

Chris Fleisher: What is driving this trend toward team research?

Benjamin Jones: I think there could be a variety of factors that could be contributing to this trend, but one that I often highlight is the role of increasing specialization. Einstein had this old idea from the 1930s noting that as science progresses, individual scientists are increasingly contained into very narrow specialties. You just can't know everything and you can only be on the frontier in a fairly narrow way. So, if you want to aggregate the skills, toolsets, insights, and broader field view to tackle bigger harder questions, then a team can increasingly be an important means to do that.

Fleisher: The upsides to team research seem pretty obvious—division of labor, there are more ideas bouncing around when you're working with other authors, and the ability to tackle more complicated questions. What are some of the downsides from team collaboration?

Jones: People are moving to teams in a way that seems quite rational. They're moving to the form that seems to produce the high impact work. The challenge I think is that the reward system of science is strongly built around the community perception of an individual and that individual's contributions to knowledge. If everyone is writing in teams, it becomes hard to know with confidence what role that individual actually played. … Tenure decisions, grant money, your broader status in the field, the kind of invitations you get that allow you to potentially market your ideas or potentially find other work opportunities, all of these things hinge on whether the community perceives you as having played this key role in driving that research.

Fleisher: Is there any evidence that authors that tend to write in teams may have their career advancement hindered in any way?

Jones: There's a very important piece of evidence that came out in the Journal of Political Economy just earlier this year by Heather Sarsons and coauthors showing that in economics, if you're a male coming up for tenure and you write solo-authored all the time versus writing in teams, that doesn't seem to matter very much for the decision. When women come up for tenure, if the work is solo-authored, they look kind of like the men. But when the work is coauthored, they don't get tenure very much. There seems to be a credit penalty being asymmetrically applied to gender for women coming up for tenure in economics.

Fleisher: Are there approaches that you think would be helpful in counteracting some of the costs of being on a research team?

Jones: In economics we tend to use alphabetical author ordering on a paper, but in most hard sciences, you'll see author ordering in terms of the relative contribution to the paper. The first author is the lead analyzer and the last author is the principal investigator who might have helped shape the overall project. There are sort of norms in different fields about how you read the author list which is nonalphabetical and used to make inferences about credit.

You've got to think about how you're allowing access to the actual production of the work through presentation and other kinds of opportunities and mixing of people from different groups and different institutions.

Now we see many top journals in the sciences actually insisting in every single paper that is published that there be an author contribution footnote where the individual contributions of each author on the team are listed. If one person provided data but didn't do much else, it will say “just provided data.” Whereas other people might have designed the experiments or run the experiments, or wrote the paper. Those kinds of explicit disclosure mechanisms may have their own issues because then you have to negotiate within the team how these things are written down, but it seems like a pretty smart way to provide more information back to the field.

Fleisher: Are you ever conscious of inviting in new talent, maybe younger authors to work with you out of a sense of mentoring this person or getting them some exposure?

Jones: Sure. This is where we get more toward the laboratory model and more hierarchical teams. [The younger researcher] might do relatively more data analysis and I might do more shaping of the project and checking in on a weekly basis and talking about our results and where things are heading, without necessarily writing code. When I was first starting out, I would be writing all the code.

I do think it is useful for people to be trying to cultivate careers through all of those steps—[from] PhD students to post-Docs to junior colleagues—by working together. This speaks to another issue with teams. We've talked about the credit issue once the paper is written, but there's also an access issue. Who gets access to work in teams with people who are leading a field? That's something we also need to think about. When a paper is coauthored, for example, a seminar series might just invite the most prominent person on that team every time. But really, that's a great opportunity for the field to invite the least prominent person on the coauthor list and give that person a chance to show themselves.

It's a chance for a community to actually see a person they don't know very well give a talk, weigh in on someone else's work in the course of a discussion, and that can be really informative. I think those kinds of signals become even more important as all the work becomes coauthored because it still gives you some independent signal. You then begin to develop relationships and maybe they become a coauthor. You've got to think about how you're allowing access to the actual production of the work through presentation and other kinds of opportunities and mixing of people from different groups and different institutions.

Fleisher: What advice do you have for young coauthors working within a team?

Jones: I don't know that I have a recipe that I could offer. I think that junior coauthors need to produce good papers and, to the extent that we see teams as being a way to produce the high impact work, I think working in teams makes enormous sense. It also allows a junior person to have a relatively high productivity rate by collecting effort across the producers of the work and keeping a lot of projects going. But if all the teams are big or all the teams are with very senior people, there's a challenge. … Writing papers with an extremely eminent senior person may result in the junior person not getting a whole lot of credit. Working in teams makes a lot of sense, but maybe not working in teams where there's clearly someone who is going to get all the credit when you're young makes a little more sense in terms of being able to have a chance to signal that you are a major contributor to the work.

That seems second best to me because we want senior people to be mentoring younger people and working together. The idea that we would break up efficient matches and teamwork because of these ex post credit considerations seems problematic. That's where I think better solutions would be explicit author order and contribution footnotes. Then you can work with whoever you want and you can just say what you did and we could cut through this informational haze that surrounds each paper.

“The Rise of Research Teams: Benefits and Costs in Economics” appears in the Spring 2021 issue of the Journal of Economic Perspectives.

The AEA interviews Ben Jones about why successful entrepreneurs tend to be older than we think.

The risk of research

How do companies weigh the tradeoffs with R&D investment?