The AEA interviews Ben Jones about why successful entrepreneurs tend to be older than we think. 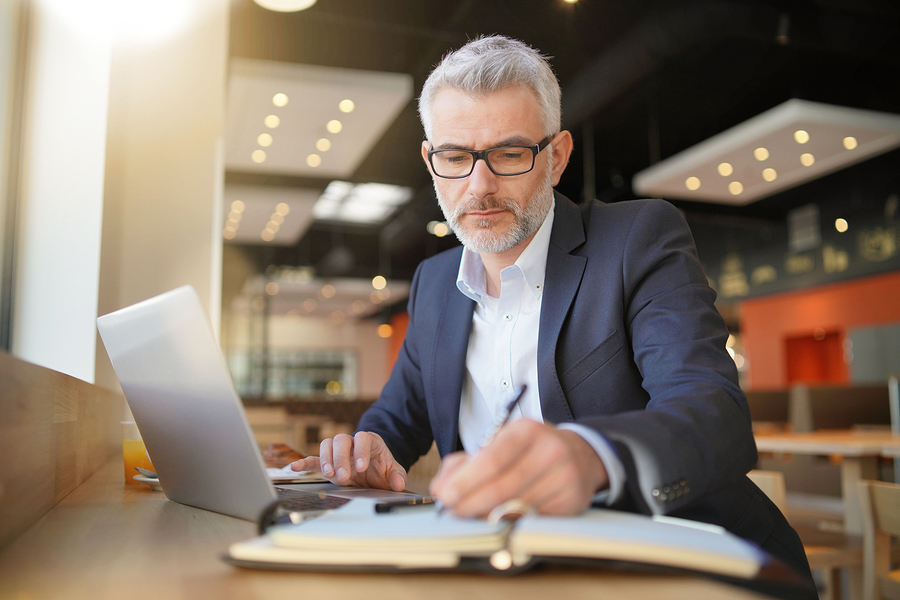 Contrary to popular opinion, the average age of successful entrepreneurs is around 45 years old.

What comes to mind when you think of a tech entrepreneur?

Maybe they’re a charismatic leader, equal parts inspired and driven, working 20-hour days, leading a team of like-minded world-changers who are eager to “break something.” And, of course, they are young, probably in their 20s.

The stereotype about young entrepreneurs, however, is highly misleading, says Ben Jones. In fact, he puts the average age for successful entrepreneurs at 45 years old.

Jones, who co-authored a paper about this in the American Economic Review: Insights, says this misperception can have all kinds of consequences for innovation, not only causing investors to overlook promising companies, but also discouraging potential founders from putting their talents to use.

Jones spoke with us about where these notions about entrepreneurs come from, how his research debunks these myths, and some potential reasons why older entrepreneurs have an advantage.

The highlights of that interview, edited for length and clarity appear below. A full-length audio version can be heard using the media player below.

AEA: Where does this idea of the young swashbuckling entrepreneur come from? It didn't begin with Mark Zuckerberg.

Ben Jones: That's right. I think there's a long fascination with people who are precocious in general, whether it's Mozart or Zuckerberg. I think if you ask people why we are fascinated by young entrepreneurs, it's the idea that they may have substantial advantages that are related to their youth. I think there are probably three different mechanisms people have in mind. First,  people think that when you're young, you aren't beholden to existing ways of thinking. You're kind of outside standard paradigms, and so you're more likely to have a transformative, big idea.The second issue is that people think young people might actually be cognitively sharper. This is the idea that chess playing or mathematic exercises are easier somehow in a younger mind. Something about deductive reasoning in a younger mind. And the third reason is that young people may be unencumbered with other responsibilities in the way that an older person might have children and a mortgage and other things, a young person might be able to take risks or more directly just work 100 hours a week without other responsibilities.

AEA: You and your co-authors found that successful entrepreneurs tend to be middle age, around 45 years old. How did you come to this conclusion and why do you think that your findings are any more valid than some of the other research?

Jones: There had been quite a bit of prior work looking at this question. The challenge is that it was using selected samples, meaning that you're only looking at a small portion of the available data, and you might be concerned if you did that, you're somehow selecting on an unusual sub-population that is, in fact, not representative of the overall picture that we'd really like to get at. So what we did that was different was to use Census data that was newly integrated with information about the founders of firms across the United States.

AEA: Were you surprised that you found that successful entrepreneurs tend to be on the older side of what we usually think of?

Jones: We were quite surprised. I was suspicious of this narrative about very young people being the key to transformative businesses. But I might have thought it was maybe the mid-30s where people were producing the highest growth companies. So our finding that the people who start the most high-growth companies, very high growth companies, are averaging age at founding is 45, that was even older than I would have expected.

AEA: From an economics perspective, why should we care if successful entrepreneurs are 25, 45, or even 65?

Jones: First of all, as a matter of investment, who gets access to scarce venture capital dollars or other early stage financing? Part of this mantra about young entrepreneurs having the talent and the possibility doesn't just come from the media; it very much comes from venture capitalists themselves who seem to bet on young people. Let’s say that's not true. Well, then a lot of the dollars that are being devoted to entrepreneurship in this country are actually devoted to places where the rate of return or the capacity for breakthroughs seems relatively low.

But beyond who invests and what age they invest is the self-reflection question. If everyone onboards this idea that they're past their creative peak when they're 30, and that's just wrong, you might imagine that people are not entering entrepreneurship at the peak of their talents or not at all, and that might also affect the rate of growth and the kind of innovations that we produce in society.

AEA: What is it about getting to this age and the experiences they've had, that are enabling (middle-age entrepreneurs) to be successful?

Jones: I think there are three different buckets of explanations that one might put forward. Broadly, something seems to be accumulating over your life cycle. Your capacity for entrepreneurship seems to be going up, and the question is what is accumulating as people get older? You could imagine that it is some kind of human capital story where they're gaining relevant skills, experience, and knowledge that would make them more successful when starting a company. It could be social capital, in the sense that you're within an industry and maybe you're getting to know people and having better social networks that could assist you in a whole variety of ways once you start a company. And the third could be financial capital. Maybe you have a capacity to self-finance as you get older because you've accumulated savings. I think there are a lot of things on the table, and it's probably not one answer.

One thing that we're able to do is to look at the prior work experience of all of these founders. We have all these founders in America, and we are able to, through payroll records, look at where they used to work. And what you see is that your batting average, your chance at a home run when you start a company, goes up dramatically if you have worked in exactly the same sector in which you start the company. Another way to say that is if you haven't worked in the sector in which you started the company, your probability of success is much lower. And, moreover, the longer you've worked in that sector, the greater your probability of success. That doesn't look like financial capital. That's not about your personal savings. It does then point, at least in part, to industry specific human capital or social capital that is a big advantage.

AEA: What are your expectations that your research could dispel some of these myths and maybe open the minds of some venture capitalists?

Jones: I kind of expected that when we wrote this, we might get some pushback from venture capitalists who have a different investing model. But I've actually talked to a number of venture capitalists who seem to welcome these results. These are people who are betting money and they want to get the highest return they can. So they want to win that bet. But also, privately in talking with me, they say that this is quite consistent with their own experience and that when they invest in somewhat older, more seasoned people, things tend to go much better.

There is Steve Jobs, and there is Bill Gates, and Mark Zuckerberg, and these people who start companies at very young ages. So, it's not that it's not possible. It is possible to start great companies at young ages. But then how do  you reconcile that with the overall findings.

One way to think about this is that when people say young people have the advantage, this is actually a within-person claim. By which I mean, if you took a person like Steve Jobs, the claim that he was really good when he was young and then would be less good as he gets older. That is actually the view that everybody is at their best when they are very young and then they get worse. But if you look at Steve Jobs, for example, when did Apple really get its success? It really got its success much later after he'd left, and he came back to the iPod and the iPhone which isn't going to be introduced until he's in his late 40s or early 50s. In some sense, you might say wait a second, he was really good at a very young age, but he seems like he was even better in middle age.

AEA: And yet, nobody ever talks about that. I guess people just like a good origin story.

Jones: I think it's sort of why people like Mozart. It's because it's unusual that it's fascinating. And the problem is that people then take the unusual cases, these anecdotes, and try to ascribe some generality to them, when in fact the reason they're sort of interesting is because they're not what's generally true. They are the exceptions.

“Age and High-Growth Entrepreneurship” appears in the March issue of the American Economic Review: Insights. Music in the audio is by Podington Bear.