The risk of research 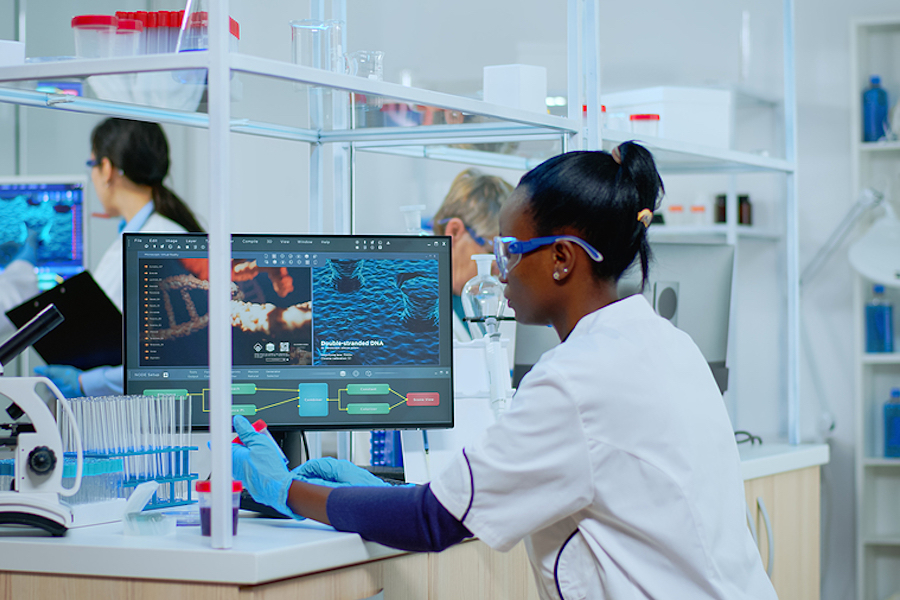 Scientific research is essential to innovation, but not all of that research happens in university labs. In 2018, businesses in the United States invested $337 billion in research and development. However, only one-fifth of that was spent on research, with development accounting for the rest.

There’s a trade-off to spending a lot on the “R” part of R&D. Unlike products and processes resulting from development, research typically is not protected by patents and is often published in scientific journals. So, although  the knowledge gained may lead to the next boundary-pushing technology, it may also create a knowledge outflow to corporate rivals.

A paper in the American Economic Review investigates how firms balance the costs of these “spillouts" to rivals against the benefits from investing in scientific research. Authors Ashish Arora, Sharon Belenzon, and Lia Sheer find that firms do in fact produce fewer scientific publications if the science is more likely to be used in rivals’ inventions. They also show that a growing share of corporate research is finding its way to competitors. 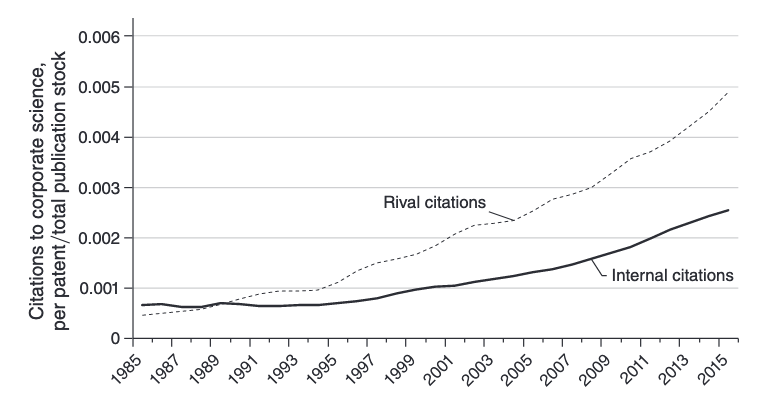 The figure above shows the increase in patents citing corporate science since the mid-1980s. Back in 1990, it was just as common for patented products to cite internal research (the solid black line) as science produced by rivals (dashed line). But that changed in the decades that followed. By 2015, rival citations were twice as likely as internal citations.

These spillouts are not just benign side effects of commercial research. They may result in lower profits for the company that invested in the science. The authors’ findings highlight the difficult tradeoff companies face in producing research and help explain why private investment in scientific discoveries has become a smaller share of overall R&D spending.

“Knowledge Spillovers and Corporate Investment in Scientific Research” appears in the March 2021 issue of the American Economic Review.