Employees work harder when they get gifts as a bonus instead of money. 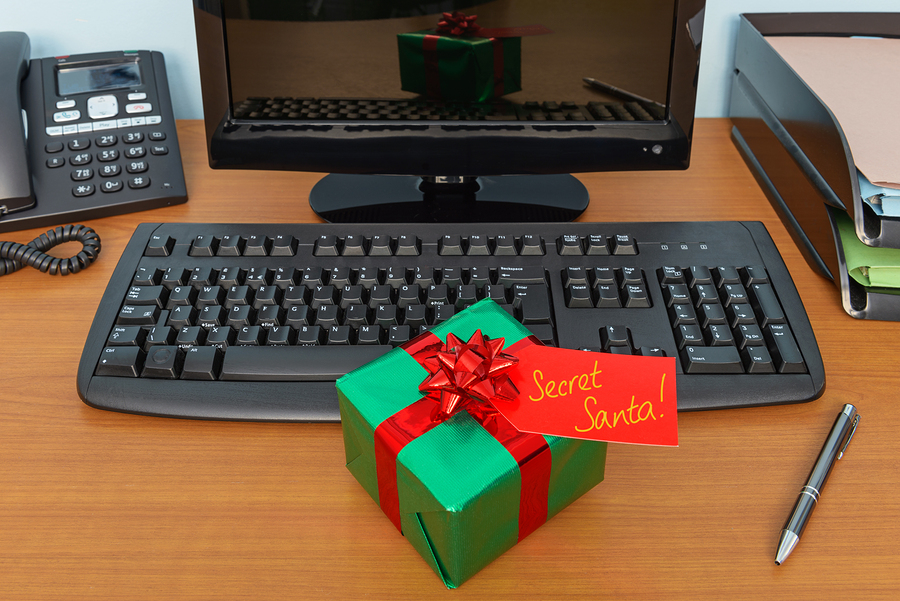 The holiday bonus season is upon us and not everyone is filled with cheer.

This year Wall Street bankers are bemoaning the steady dwindling of their year-end pay bumps, with bonuses expected to be up to 10 percent smaller than last year. Meanwhile, the average US worker can look forward to a richer holiday ahead.

Bonuses are often more than a simple “thank you” from employers — they are treated as an investment in employee morale and incentive to boost productivity. But if companies want to get the greatest return on that investment, they might want to scrap the monetary bonuses and give a gift instead.

A paper published in American Economic Review found that giving a gift to workers was more effective at boosting productivity than offering cold hard cash. Authors Sebastian Kube, Michel Andre Marechal, and Clemens Puppe found that cash had only a modest impact on workers’ productivity while a gift of equal value boosted their performance by an average of 25 percent.

In other words: It’s the thought that counts.

“Surprising employees from time to time with tokens of appreciation can enhance morale,” Marechal said in an email to the AEA.

The findings underscore the importance of nonmonetary rewards for employees, and how companies might think differently about how they design incentive programs.

Nearly 9 out of every 10 employers have some kind of employee recognition program and companies spend about $76.9 billion a year on various employee incentives.

Gift giving, particularly around the holidays, has puzzled economists because giving gifts seems less efficient than money. If you want to show someone you appreciate them, why not just give them money to buy what they want?

Companies have long sought to reward their staff by offering bonuses in their paychecks, but some economists have questioned whether workers are motivated by pure self-interest. They argue that firms could achieve higher profits by treating their workers kindly, and by rewarding them in non-monetary ways, because workers would return the favor with higher effort.

So, which is more effective: money or gifts? The authors delved into this question with a field experiment involving library workers in Germany. It was a part-time job paying 12 Euros per hour to enter book data into a library database. The workers’ performance was measured based on the number of characters they entered every half-hour and their accuracy.

Segregated into random groups, some workers were then given an unexpected bonus of 7 Euros while others received a water bottle as a gift. Differences in productivity were stark.

Don't show me the money
Receiving a bonus on top of their base pay increased productivity among library workers. But the biggest gains were among people who received their bonus as a gift such as a bottle, or cash notes artistically folded as origami, instead of cash alone 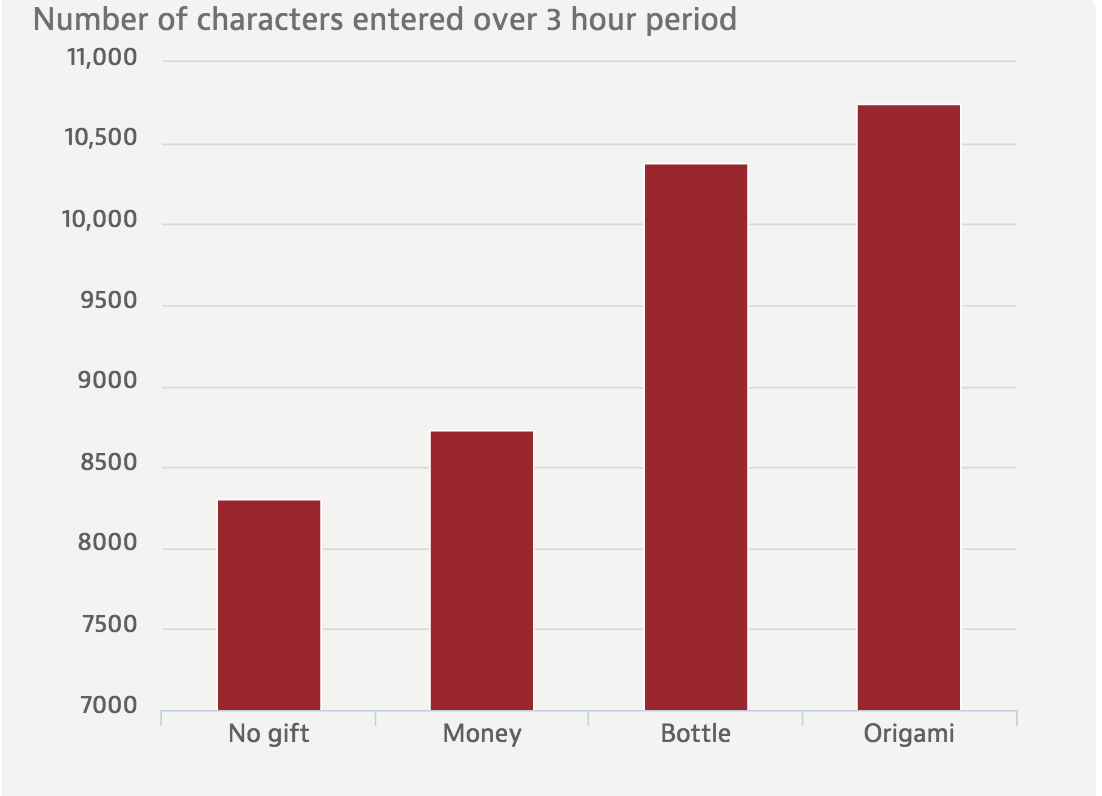 The wage bump resulted in a 5 percent increase in the number of characters they entered compared with people who received no bonus at all. But those who got the bottle entered roughly 25 percent more characters.

The bottle’s monetary value was the same as the cash bonus, but that didn’t matter. Workers who saw the price tag on the bottle performed about the same as people who received the same gift, but didn’t know its value.

It’s not as though cash didn’t matter. Indeed, it was a strong motivator for many workers, but their reaction to it was more in how it was presented to them. When given the option of the bottle or money, most workers took the money but they reacted to it — based on their performance — as though they had been given a gift, and not just the impersonal wad of money.

In fact, the group that experienced the biggest impact did receive cash...folded as origami.

The cash was given as a 5-euro note folded into an origami shirt and a 2-euro coin with a smiley face painted on it. These artistically presented cash gifts resulted in the most significant productivity gains. They were 30 percent more productive than the baseline group.

The productivity gains were robust even after taking into account minor differences in quality.

The authors say the results underscore the importance of nonmonetary aspects of employment relations and how complex gift-giving can be. Rewarding employees to encourage extra effort is not just about putting a price on that extra effort.

Rather, the authors say “that reciprocity has its own currency, which probably cannot be measured in terms of monetary value alone.”

“The Currency of Reciprocity: Gift Exchange in the Workplace” appeared in the June 2012 issue of American Economic Review.