A long-running debate about the economic efficiency of presents 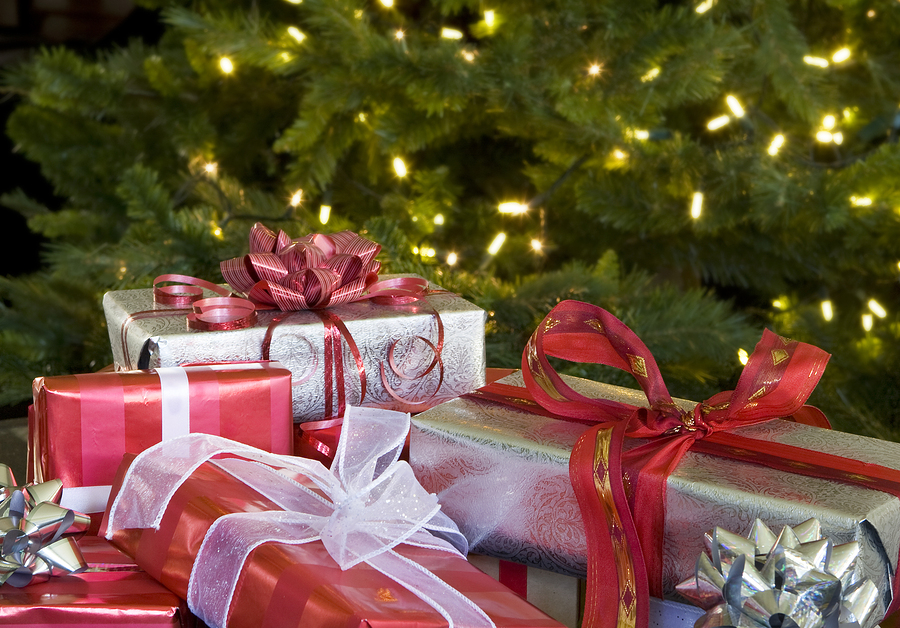 Gifts under a Christmas tree. These presents could be destroying wealth, according to one long-debated hypothesis

This week, as Americans head to malls en masse to return and exchange millions of unwanted gifts so they can get what they actually wanted, some may be reflecting on the inefficiencies of our holiday gift-giving rituals. This calls to mind a provocative article published in the December 1993 issue of the American Economic Review which argued that poorly-targeted holiday gifts destroy wealth and create losses for the economy.

In The Deadweight Loss of Christmas, author Joel Waldfogel analyzes data from a survey he administered to undergraduate economics students in March 1993 about the gifts they had received over the holidays. He asked respondents to consider each gift, estimate what the giver had paid for it, and then decide how much they valued the gift in monetary terms. Specifically, they were asked the minimum amount of cash they would accept in lieu of the gifts, and they were explicitly asked to ignore sentimental value.

From these responses, one can calculate a "yield" for each gift, or the ratio of the recipient's value to the giver's expenditure. Waldfogel compared the average yield across gifts from different types of givers, and found that yields were highest among gifts from givers who were very close to their recipients, like friends, parents, and significant others, but rather lower for gifts from uncles, aunts, and grandparents, who probably had less contact with recipients on average and were further separated in age. Perhaps reasonably, the latter groups were much more likely to resort to cash gifts.

Because the average yield of 83.9% was well short of 100%, Waldfogel argues, these gifts are creating deadweight loss – an economic loss by one party that is not balanced by a gain for another. Gift-givers paid over $20,000 collectively for the 246 non-cash gifts included in this sample, but the recipients said they valued this pool of gifts at only about $19,000.

It’s the thought that counts
Recipient valuation of holiday gifts in a survey administered by the author to undergraduate students. The yield (defined as the ratio of recipient value to price of the gift) is one measure of the economic efficiency of the gift. Aunts, uncles, and grandparents gave the lowest-yield non-cash gifts – but were also most likely to give cash.
Note: respondents were asked to disregard sentimental value.
Source: Survey of 86 economics students at Yale University reported in Waldfogel (1993)

Extrapolated across the entire global economy, these losses add up. At the end of each holiday season, people's homes are filled with hundreds of billions of dollars of gifts, only some of which they would have been willing to purchase for themselves at prevailing prices. If everyone bought gifts for themselves every December instead, there would be many fewer inappropriate purchases, and perhaps less consumption overall.

The paper has become a perennial media favorite around this time of year, with coverage ranging from supportive to skeptical to incredulous. But it also contributes to a serious methodological debate about how to properly elicit valuations of items, a science with important implications for fields like environmental economics.

Waldfogel’s original analysis has been criticized on a few counts. The participants were not representative of the population; none of the Yale undergraduates in the study were old enough to receive gifts from their grandchildren, for example, and came from disproportionately affluent households.

Subsequent studies have adapted this study to different audiences and tweaked the methodology. In one such study, the authors argue that the economics students in Waldfogel initial survey may have felt undue pressure to have their responses conform to microeconomic theory and hedged their gift valuations accordingly. They recruited a broader slice of the population for their survey by interviewing members of the general public in train stations and airports.

Another set of researchers were curious if the answers would change if recipients weren't just responding to hypothetical questions but actually had to put their Christmas gifts on the line. The researchers recruited participants for their study asked them to bring their gifts to the lab. They then offered real money for the gifts to elicit "real-stakes" valuations from the participants by means of a random nth price auction.

After conducting the auction and purchasing a few of the gifts (including slippers and hosiery) the authors concluded the average yield across all gifts studied was 135%. The higher valuations in this version of the survey may be partially attributable to the endowment effect.

The inefficient-gift hypothesis has been questioned on theoretical grounds as well. One line of argument is that givers are deciding to give these gifts voluntarily, and so presumably the benefit of doing so outweighs the costs to them, with any additional benefit to the recipient counting as a bonus. This could be because givers enjoy the challenge of picking appropriate gifts for friends and loved ones, or relish the look on their recipients’ faces when they unwrap the perfect gift.

The studies above do not explore the benefits and costs to gift-givers, which may be largely positive on net, although there is some evidence that holiday gift selection is associated with anxiety.

Additionally, there is concern that givers might be wildly overconfident about their abilities to pick good gifts, and would no longer derive benefit from gift-giving if they knew the truth about how their presents were viewed. Then again, Waldfogel found that the gift givers most likely to provide low-yield gifts in his sample were also the most likely to give cash instead, which suggests that such gift givers might be aware of their limitations.

After two decades, economists are still divided on the basic question of whether gift-giving can create deadweight loss. When 45 economists were asked if "specific" holiday gifts were inefficient compared to cash, a slim majority disagreed and many were uncertain, while only 17% agreed or strongly agreed. Their responses also served as the inspiration for a wonky line of Christmas cards created by the Atlantic.

The feeling that gifts (especially for relatives whom we don't know that well) can be economically inefficient may be contributing to the staggering rise of gift cards, which were estimated to comprised a $30 billion annual expenditure in 2014 in the U.S. alone.

While cash gifts may be stigmatized or amount to an admission of cluelessness, a gift card to a relevant store conveys some thought and personal attention, but also retains a lot of flexibility for the recipients who will ultimately use the gift. Waldfogel himself endorsed this solution in later writings and a 2009 book about the deadweight loss of Christmas. ♦

"The Deadweight Loss of Christmas" appears in the December 1993 issue of the American Economic Review.