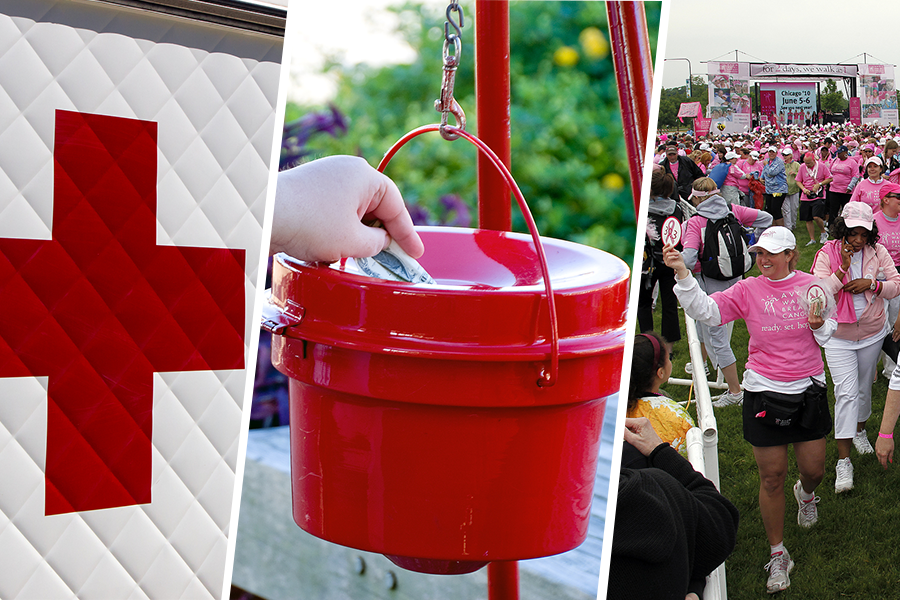 Economics can help charities better understand what motivates individuals to give money to various causes.

The end of the year is huge for charities. One recent survey showed that, on average, nonprofits receive 41 percent of their annual contributions between Thanksgiving and New Years.

To get the most out of these precious few weeks, it is critical for these organizations to understand why their donors give them money. Do people give out of pure altruism or is it more about that warm, fuzzy feeling they get from doing good?

Lise Vesterlund has dedicated much of her career to understanding this question. She recently published a paper called “Why Do People Give?” with her co-authors Mark Ottoni-Wilhelm, of IUPUI and the Lilly Family School of Philanthropy, and Huan Xie, of Concordia University, in the American Economic Review.

Vesterlund says that it is critical for nonprofits to understand donor motivations in order to design successful fundraising campaigns. She also says that a number of common strategies, like some types of charity auctions, are ineffective ways for nonprofits to raise money.

The AEA recently spoke with Vesterlund in her office at the University of Pittsburgh, where she is the chair of the economics department, about how economists can help us better understand donor motivations and what we do and don’t know about what compels them to give their money away.

An edited transcript follows and a longer audio version of the interview can be heard by clicking on the media player below. If you’re interested in a slightly more technical conversation about the recent AER paper and an experiment Vesterlund conducted with the American Red Cross, check out a bonus excerpt at the end of this page.

AEA: What does economics have to contribute to our understanding about the motivations for why people give?

Vesterlund: It adds a discipline to the way that we think about problems. What I've enjoyed very much about working in charitable giving is that it is a field where we've drawn a lot of insight from psychology and we have drawn a lot of insight from fundraisers who work in the field. I think what we've been able to add is a structured way of thinking about the terms that they're introducing into the field of charitable giving. ... We force a structure on the manner in which people respond to the environment.

AEA: Can you explain how economists’ thinking about the reasons why people give is evolving and becoming a bit more nuanced?

Vesterlund: When you ask people why they give to charity, they say that it's because they want to influence the output by the charity. In particular, they want to influence the amount of food that hungry people get, they want to improve the education, they want to make sure that national radio is on the radio. ...That implies that somebody else's donation is a perfect substitute for your own. So, if they start giving more, you should be giving less. ... One of the predictions that comes out of that is something that we call “complete crowd out.”

AEA: What is that exactly? Crowd out being that if we need to hit a goal of $10 and ordinarily I would have given $10 to help that charity meet its goal and then you step in and offer $5, that means that I necessarily will offer $5 less?

Vesterlund: That's almost what it means, with the exception that there could be what we call an income effect. If we do another experiment where we say you used to give $10, but the government comes in and you get taxed by $5 and we take the $5 and give it to the charity, in that case your donation should decrease by exactly the $5 because the contribution is back up to the $10, there's no income effect. That's what we mean by the complete crowd out….

When we look in the field and in many many experiments, we have not found complete crowd out. Starting, most significantly with Jim Andreoni, what he noted was that there probably was more to giving than just the pure altruism and suggested that part of the reason why people give is also that they get a “warm glow” from having made the contribution on their own.

AEA: Explain what "warm glow" means. It's that warm, fuzzy feeling that you get inside when you do something good?

Vesterlund: If you're a pure altruist, donations by others are a perfect substitute for your own donation. If you're also motivated by warm glow, others' donations are not perfect substitutes for your own contribution in the sense that you get that extra warm, fuzzy feeling. So, now if the government comes in and taxes you $5 and gives that $5 to the charity, now that's no longer a perfect substitute for what you did before. Once you add this warm glow to the model, you're not going to decrease your contribution fully by the $5 because you want that little warm feeling of having made your contribution on your own.

AEA: What's the relative balance? Does the warm glow tend to dominate or be a little bit less of the proportion of giving than the altruistic side?

Vesterlund: That's a really good question, and it's a question that economists have been struggling with for a long time. The key to understanding what motivates giving is first to step back from the notion that it's going to be one model that fits everything. In economics, we have somehow been stuck in this mindset where we're going to identify how much is coming from warm glow and how much is coming from altruism. There's no reason why charitable donation should differ from all the other actions we should take. I would be very surprised if the relative weight that is put on altruism versus warm glow would be the same for say, donations to an institution such as Harvard versus giving to your local food shelter or giving to Africa and improving educational outcomes there.

AEA: To what extent has appealing to people's guilt in not giving been successful?

Vesterlund: I would certainly not be inclined to guilt people into giving, in part because what we're looking for is not just a donation now, we're looking for the donation in the long-term, and if you impose on people to the point where they're taking actions that they don't feel comfortable with, the likelihood that they will come to the other side and become donors, I would anticipate that the long-term effects of such guilt would not be positive.

Charity auctions are not a good way of raising funds.

AEA: What are some common missteps that nonprofits need to think about when crafting campaigns?

Vesterlund: I think by and large, nonprofits have a good sense of what works, but there certainly are horrible mistakes that nonprofessional organizations are adopting.

Charity auctions are not a good way of raising funds. ...If we look at the evidence in a charity auction, the bids that come in are no greater than what the value of these baskets are up for auction. It is a tiny bit larger, but that is not a good fundraising strategy. ... If you ask, for example, the parents at a daycare to go out and purchase a basket and then put it up for auction, why is it a bad idea? Number one, you have parents going out and putting $300 in a basket. They perceive that as being a charitable donation. And then you put it up for charity auction at your local daycare and you collect $150. So now you have people who most likely have walked out with a basket, paid $150 for it, don't really want it, so you have $450 wasted to collect $150. That is a horrible fundraising strategy and it is one that a number of nonprofessional schools and daycares go into. We should get rid of that.

AEA: What would you suggest as an alternative?

Vesterlund: We spend a lot of time coming up with gimmicks for how we get people to give. We have gift wrap, we have Girl Scout cookies, we have all these other mechanisms, and it probably works for some… I think if you came around and just asked for donations, there is certainly a segment of the population that would just like to have the option of giving. It's not just a question of saying that you can get cookies or donate money. Because the minute that you have put it in the buy cookies frame, you're in a completely different mindset. You're thinking about buying cookies. It doesn't feel right on the same form to say, “No I will just donate money.” Because you could have gotten cookies.

Many people want to help. What I enjoy about talking with fundraisers is that often times we look at them as being bad people because we get tired of getting all the phone calls and everything else. But they are really facilitators in allowing individuals to have an impact on the world.

“Why Do People Give? Testing Pure and Impure Altruism” appears in the November 2017 issue of the American Economic Review. Music in the audio file is by Podington Bear. Click on the media player below to listen to an exerpt from the full interview about how Vesterlund and her co-authors worked with the American Red Cross to conduct an experiment.