Making trade more expensive is a problem for equatorial regions 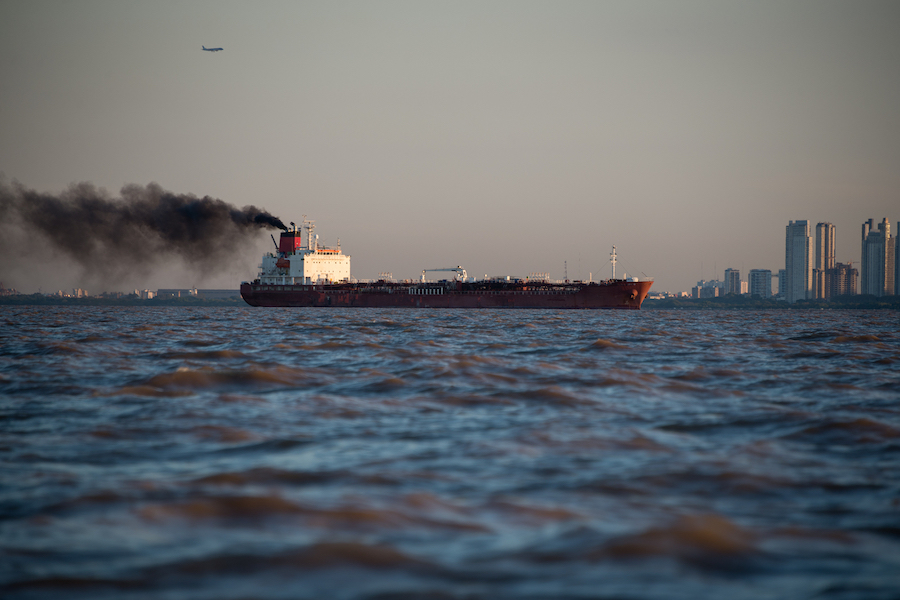 A cargo ship pulling into the Port of Buenos Aires. International shipping by air, sea, road, and rail accounted for 1.25 billion tons of carbon dioxide emissions in 2007, or about 4% of the global total.

The huge economic benefits of the modern international trade system are well-documented. But it’s a sore point for environmentalists in part because tankers, trucking, and cargo planes pump more than one billion tons of CO2 into the atmosphere each year. This is equivalent to the emissions from the bottom 164 carbon-emitting countries in the world combined.

By its very nature, international trade regulation demands the cooperation of many nations. The 1997 Kyoto Protocol committed signatories to addressing this issue, but no progress has been made in the intervening decades. The landmark Paris Agreement negotiated in 2015 was silent on the matter after many expected a carbon tax for international shipping would be included, but the shipping industry is still expecting to be hit with a carbon tax within the next few years.

In a paper appearing in this month’s issue of the American Economic Journal: Economic Policy, author Joseph Shapiro adapts techniques from the study of international trade to predict the impact of regulation on international shipping and the climate. He finds that a carbon tax on shipping could reduce emissions, but also that such a policy would actually slightly hurt some of the countries with the most to lose from climate change.

It stands to reason that vulnerable countries would be pushing hard for climate action on all fronts, including trade. But in a cruel twist of fate, it's the same equatorial countries facing the greatest risks from rising temperatures -- especially sub-Saharan Africa, the Indian subcontinent, and southeast Asia -- that are also most reliant on fossil fuels to sell their goods around the globe.

By a cruel twist of fate, the same equatorial countries facing the greatest risks from rising temperatures are also most reliant on fossil fuels to sell their goods around the globe.

Shapiro compiles finely detailed data on shipping modes and costs from international trade data and special transportation cost databases from the U.S. and Australia. He finds that a global carbon tax on shipping hurts poorer countries by crimping trade flows more than it helps reduce potential climate damages. (This analysis focuses on large and medium-size countries and does not include most of the small island nations for whom climate change presents an imminent existential threat.)

This is because not all exports are created equal. It costs about the same to ship a ton of iPhones or semiconductors across a thousand miles of ocean as it does to ship a ton of bananas or t-shirts. The average ton of goods being loaded onto a truck or ship for export from sub-Saharan Africa is worth about $600, while a ton of exports from Germany or Japan is worth on average about three times as much (see figure below).

This means countries whose export economies are tilted heavily toward agriculture and mining have to pay more for fuel relative to the value of the goods, according to Shapiro’s analysis of the shipping and trade data. Compounding the problem is the fact that these same countries tend to have trading partners that are farther away.

Poorer nations have heavier exports
Average value per ton of exports for 108 nations as of 2007. Carbon regulation weighs more heavily on countries that export goods with a lower value-to-weight ratio, like food or minerals. Regions that may face the brunt of climate change according to different analyses (sub-Saharan Africa, south and southeast Asia, and western Europe) are highlighted. 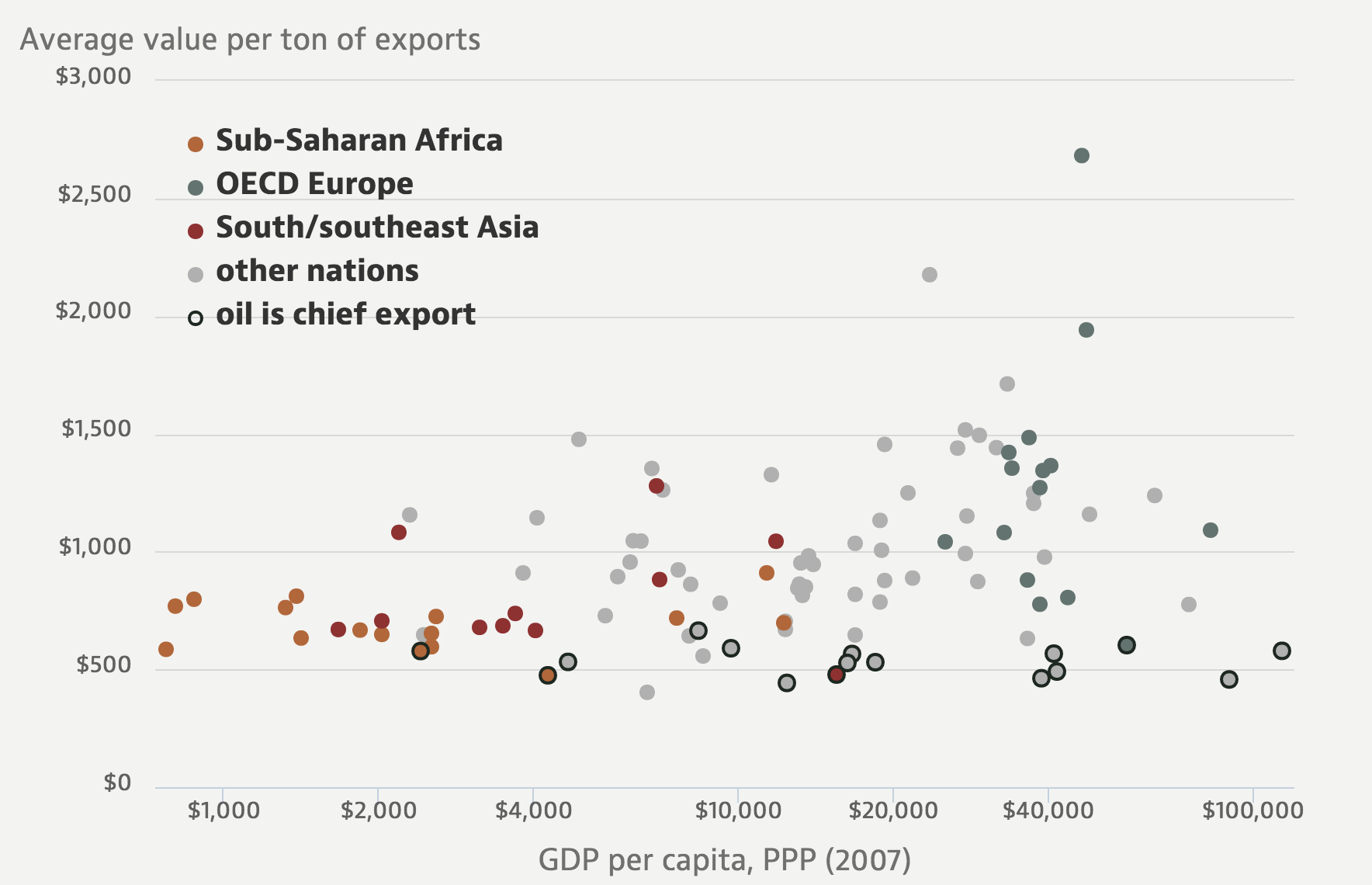 Shapiro uncovers another surprising fact: unlike most environmental regulations, a carbon tax on shipping can actually be good for the economies of some big countries like the U.S. In most cases, climate policy involves a tradeoff between faster economic growth and better environmental stewardship, but in this case policymakers in some countries can have it both ways.

This is because a carbon tax on transportation acts like a small tariff that favors domestic producers whose goods don’t have to travel across the ocean to get into domestic shelves. This makes this a rare environmental initiative that can benefit a country like the U.S. while also slowing the advance of climate change, although of course poor countries are still getting hurt.

At times, international climate policy disputes have devolved into battles between the interests of rich and poor countries, usually breaking down over the question of how the burden of reducing emissions should be shared between industrialized nations and the developing world. Shapiro’s evidence on the uneven impacts of a carbon tax on shipping suggests it will become yet another bone of contention as international climate negotiations move toward an uncertain future.

Trade Costs, CO2, and the Environment appears in the November 2016 issue of the American Economic Journal: Economic Policy.