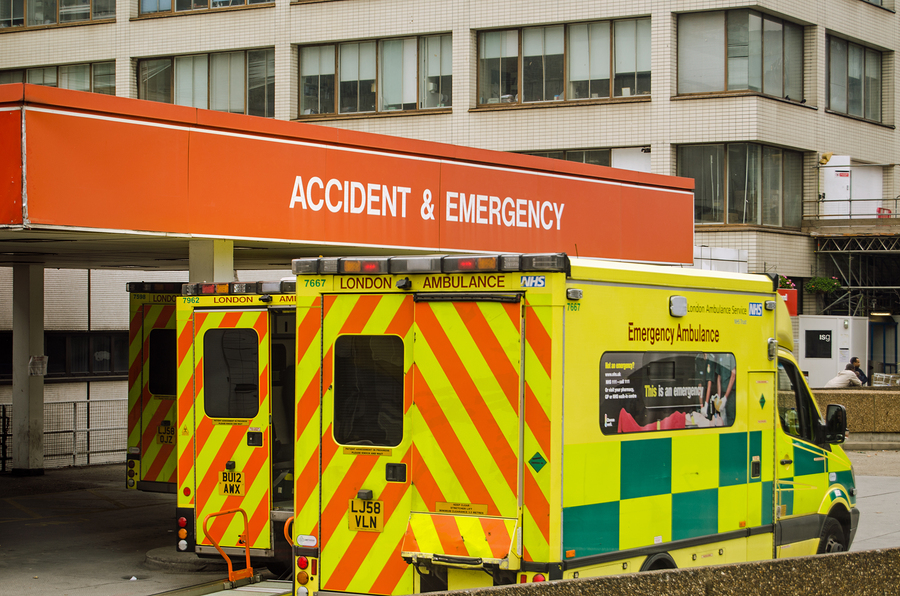 As insurance mega-mergers and hospital consolidation accelerate in the U.S., observers are fretting that the new health marketplace made up of just a few mammoth companies will be pretty inhospitable for patients. Evidence shows that mergers can lead to higher premiums for insurance customers, and a newly released study of millions of private health insurance transactions shows that health care prices are much higher in regions with only one or two hospitals and little meaningful competition, which likely also translates into higher insurance premiums for patients.

This explains why economists are concerned that some hospitals might be exercising monopoly power if there are no other hospitals operating within a wide radius. The study found that prices for hospital services like a knee replacement or an MRI are on average 15% higher in monopoly markets than in more competitive regions with at least four hospitals, where patients have some choice about where to go.

The region of western Colorado centered on the mid-size city of Grand Junction is one example; it was shown to have some of the highest prices for medical care in the country after adjusting for local costs and the patient mix. This is likely attributable to the fact that the region is reliant on one major hospital, St. Mary’s Medical Center, for most of its hospital care. There are no other significant hospitals in the surrounding counties, so St. Mary’s doesn’t face much competition for patients.

Higher insurance premiums certainly aren’t great news for customers’ pocketbooks, but a lack of competition among hospitals can have even more sinister effects. If hospitals do not have to compete to attract patients, attention to patient comfort or even the standard of medical care might suffer. A study appearing in the American Economic Journal: Economic Policy that earned a 2016 AEJ Best Paper Award looks to data from England and shows that a lack of competition in the hospital industry can be deadly.

In Death by Market Power: Reform, Competition, and Patient Outcomes in the National Health Service (PDF), authors Martin Gaynor, Rodrigo Moreno-Serra, and Carol Propper study a pair of 2006 reforms implemented by the National Health Service (NHS) in England that operates public hospitals which are obligated to provide medical care free of charge to every citizen. The changes were designed to get hospitals competing with each other in the hopes of improving service for patients.

Before the 2006 reforms, every NHS hospital in England was kind of like St. Mary’s Hospital in Grand Junction in that it didn’t have to worry about competing with other hospitals for patients. In those days, patients were generally referred to a local hospital by their doctors based on their neighborhood of residence and the arrangements of local agencies that contracted with hospitals for care. Even hospitals operating in dense cities like London and Manchester, with many other hospitals a short drive away, were effectively shielded from competition.

Lack of choice led to complaints of a “postcode lottery” where someone living a few blocks down the street from you who just happened to be in a different district could have access to better hospitals with shorter waitlists and the latest technology.

In response to calls for more choice, the NHS unveiled a new website called ‘Choose and Book’ that allowed patients to make appointments online and see information about nearby hospitals such as the geographic distance and waiting time. General practitioners were also instructed to give patients choices of at least five hospitals when making referrals.

We are our choices
Increase in elective admissions at NHS England hospitals, 2003–07. When patients were given greater choice in 2006, they began to gravitate toward hospitals with more appealing characteristics, like shorter wait times. Admissions increases are listed for hospitals in the top and bottom quartile of each metric.
Source: Table 2 of Gaynor et al. (2013)

Once the NHS offered choice to patients, they responded. Data acquired by the authors from the NHS show that by 2007, patients began gravitating to the hospitals with lower wait times, fewer hospital-acquired infections, and better survival records for heart attack patients.

But choice didn’t just allow patients to break free of the postcode lottery – it also induced hospitals to improve their product. NHS hospitals in England are government-run and do not make “profits” in the same sense as for-profit American hospitals. However, the way managers are evaluated and promoted within the NHS means they have similar incentives to produce results without going over budget.

Additionally, just as Choose and Book was rolling out, the NHS introduced a “Payment by Results” program that changed the way hospitals were paid. Payments were determined by a patient’s diagnosis and not by the number of procedures performed, so hospitals had incentive to treat patients more cheaply and efficiently. The reforms also permitted hospitals to keep any budget surplus they earned and spend it as hospital managers saw fit, creating an extra incentive to keep costs down and simultaneously serve as many patients as possible.

Crucially though, competition meant that patients were able to keep hospitals honest -- managers didn’t want to respond to these budgetary incentives by cutting corners or rushing patient interactions in ways that would reduce customer satisfaction. Managers still wanted to do the best they could to attract patients from nearby towns while making sure their old patients from nearby didn’t start choosing other hospitals.

Some patients, however, weren’t so lucky. Those living near many hospitals had lots of good choices, but those living in less densely-populated areas with only one or two hospitals nearby didn’t really have much more choice than before, unless they were willing to travel far afield for care. These hospitals had correspondingly less incentive to innovate and improve.

Perhaps even more impressively, the authors show that the hospitals facing competition were able to achieve this medical feat without any statistically discernable increase in their total operating budgets or their spending per patient relative to the other hospitals. Simply by changing the incentives that hospital managers faced, the National Health Service was basically able to get something for nothing: hospital care for its patients improved, survival rates increased, and overall hospitals costs did not rise at all.

All told, the authors find that the survival improvements, valued at $100,000 per life-year, were worth almost $500 million across England in 2007 alone, and that the benefits could have been much greater if England’s hospital markets were more competitive to begin with. This calculation does not even include the value of other aspects of hospital quality not captured in the death rate statistics.

How was this achieved? One answer might be that doctors and nurses feel pride in being the “best” and that Choose and Book fostered a competitive spirit that motivated doctors and nurses to try to make their hospitals the most coveted by patients. Interviews by a government panel evaluating the reforms reveal that hospital employees wanted their hospitals to become known as the best place to go for specific types of procedures.

Within two years of implementation, the NHS reforms resulted in significant improvements in mortality and reductions in length of stay without changes in total expenditure or increases in expenditure per patient. Our back of the envelope estimates suggest that the immediate net benefit of this policy is around $479 million per year . . . from decreases in death rates.

Another possibility is that competition prompted hospital managers to implement managerial reforms that increased hospital efficiency without requiring more staff or new resources. A 2015 study of English hospitals surveyed employees about how their hospitals operated, with topics ranging from how nurses were selected for promotion to the way patients flowed through the hospital’s physical space. They found that hospitals facing more competition tended to implement better management practices. This might help us understand the apparently costless improvement in care.

Despite these promising developments, it is important to remember that patients in non-competitive markets mostly didn’t experience these same gains. This bolsters the case that competition per se is what helped spur improvements at the other hospitals, but also means that millions of patients in England who happen to live in regions with only one nearby hospital did not share in the benefits.

The health care context in the U.K. is clearly different, but these results have some troubling implications for Americans who live in the most expensive, concentrated hospital markets here in the U.S. It’s not just higher prices for patients that make the case for aggressive anti-trust enforcement in the hospital sector -- if the evidence from England is any indication, patients’ lives could hang in the balance as well. ♦

“Death by Market Power: Reform, Competition, and Patient Outcomes in the National Health Service” appears in the November 2013 issue of the American Economic Journal: Economic Policy.