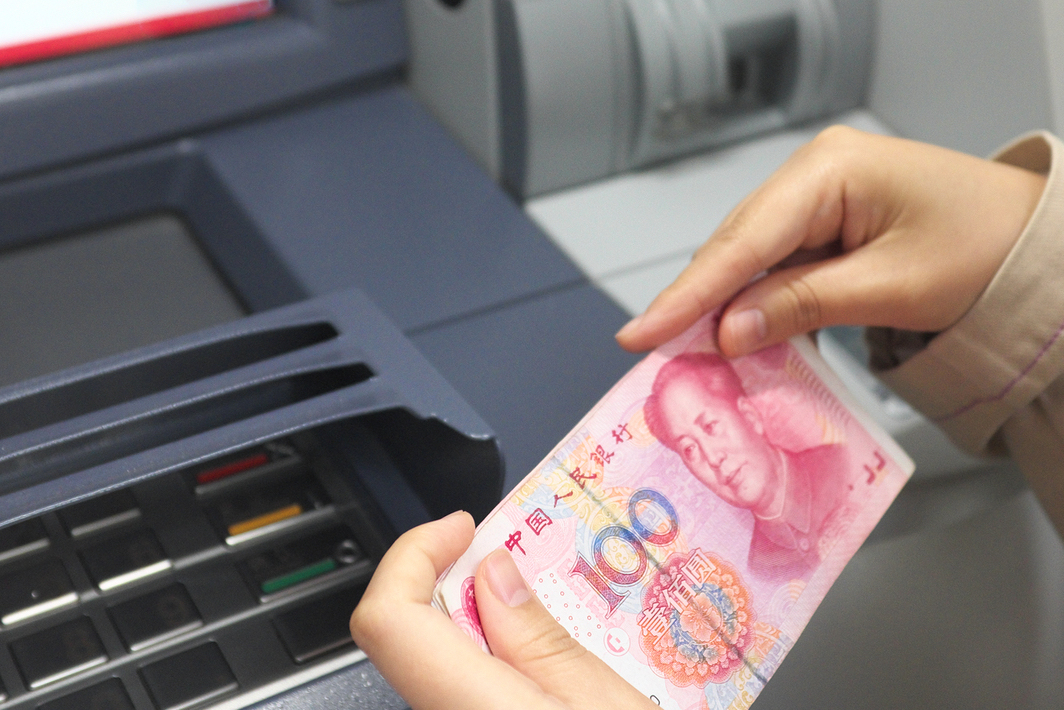 A woman deposits a 100-yuan note at an ATM. The authors contend that poor access to credit for Chinese households can help explain the puzzling recent decline in global interest rates.

Credit markets play a vital role over the course of the economic life cycle. Young people use credit to get an education or buy a house that they could not afford to pay for upfront. Older people access credit markets to pay down their debts and build up savings for retirement.

But credit markets are vulnerable because they are built on trust. Banks and lenders must have some confidence that borrowers will eventually be able to pay back their debts. If borrowers don’t have collateral to offer and can't provide good evidence of future earnings, they might not be able to borrow at all. Savers, on the other hand, face no such hurdles, so credit constraints can leave an abundance of savers with few trustworthy places to invest their money.

These types of credit constraints are magnified in emerging economies with their relatively underdeveloped financial sectors. (The microfinance movement of recent decades is one high-profile response to this problem.) An article appearing in the September issue of theAmerican Economic Review argues that the consequences of credit constraints in developing countries may extend beyond their borders to explain a puzzling macroeconomic development: the steady decline in global interest rates.

In Credit Constraints and Growth in a Global Economy (PDF), authors Nicolas Coeurdacier,Stéphane Guibaud, and Keyu Jin develop a model that links credit constraints in fast-growing emerging markets like China to global credit markets. Their findings provide support for the argument that a "savings glut" in the developing world is responsible for declining interest rates.

Basic macroeconomic theory suggests that as emerging countries experience fast growth and become a bigger part of the global economy, global interest rates should rise. Households should borrow more in anticipation of higher future salaries, and capital should flow into the country to take advantage of new business opportunities. Nonetheless, interest rates have fallen globally over the course of many years. Meanwhile, households in China have generally been saving rather than borrowing, and this is driving a current account surplus for China against the U.S.

In the late 1980s, China’s household saving rate was a mere 2–3 percentage points higher than that of the U.S. By 2008, it had reached almost 30 percent while the U.S. household saving rate had declined to about 2.5 percent – leading to the popular caricature of a “debt-ridden” U.S. put into sharp contrast against a “thrifty” Asia.

The authors think that credit constraints in emerging economies can explain the surprising developments in global credit markets. As emerging markets grow, their relatively bad credit conditions begin to weigh down global interest rates. Meanwhile, their middle-aged populations have more money to save, while younger people in these countries face credit constraints and cannot expand borrowing as much as they would like. This asymmetric response increases net savings in the very countries that we would expect to start borrowing much more. This works to drive the global interest rate down further.

Their model generates two main predictions: a decline in interest rates should spur young people in developed countries to increase their borrowing more than young people in emerging economies (because the latter lack good access to credit). Second, the middle-aged in emerging economies should increase savings more than their counterparts in developed countries.

Divergent household saving patterns in U.S. and China
Age-saving profiles for China and the United States, 1988 (dotted) and 2008 (solid). The age-saving relationships in both countries were broadly similar in 1988, but saving rates for young and old diverged in the years since.
Source: Adapted from Figures 5 and 7 of Coeurdacier et al. (2015)

The figure above plots age-saving profiles for China and the U.S. in 1988 (dotted lines) and 2008 (solid lines). For the most part, the age-saving profiles follow the expected inverted-U shape: low or negative saving by the young and old balanced by high saving rates for the middle aged, who are putting away money for retirement.

These patterns suggest that the model could help make sense of diverging trends in saving across countries. To put their model to the test, the authors combine data on saving rates with demographic and economic variables like the age profile of the population and the rate of productivity growth to simulate two decades of saving and investment behavior in China and the U.S. starting in 1988.

The model isn't perfect: it can only reproduce about a third of the actual divergence in saving between China and the U.S. illustrated in the figure, but at least it correctly predicts the direction of saving rates in each country over time. It also has some trouble explaining the especially high saving rates among the elderly in China. The authors point to country-specific factors like rising life expectancy and pension reforms as possible explanations for high saving rates in China that are even greater than predicted by the model.

Still, the model highlights a problem (credit constraints in emerging economies) that will likely grow as these countries continue to grow and integrate with the rest of the global economy. Eventually credit markets will improve in these countries as financial systems develop, but in the meantime they could go a long way toward resolving a global macroeconomic puzzle. ♦

"Credit Constraints and Growth in a Global Economy" appears in the September 2015 issue of theAmerican Economic Review.