What high school interventions can boost a student's chances of enrolling in college? 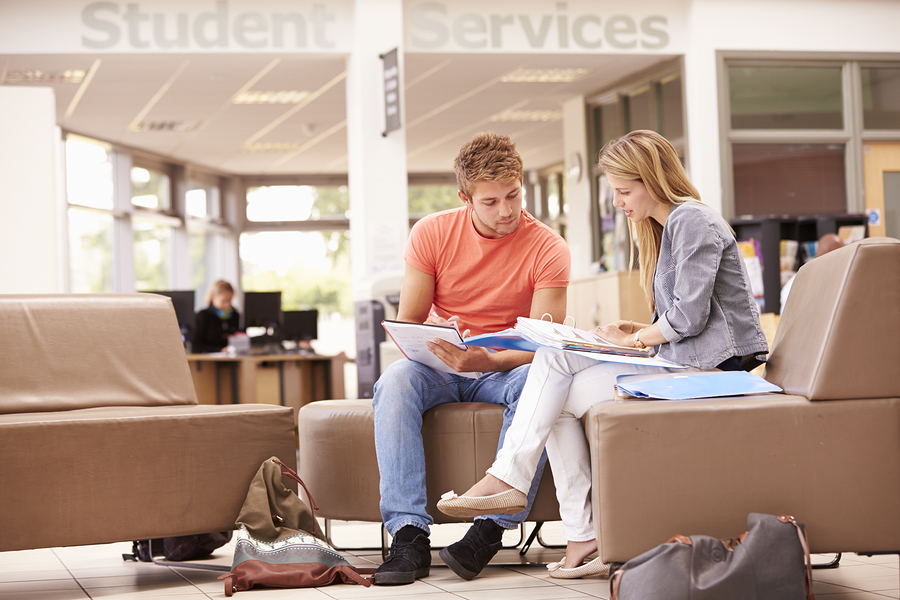 A paper in the July issue of AEJ: Applied looked at strategies for helping promising high school seniors get past the barriers that would prevent them from applying to college.

It’s not unusual for American families to spend thousands of dollars during their child’s high school years to ensure that the student is “college ready.”

They purchase SAT prep courses, hire tutors, enroll in extracurricular activities to boost their child’s college application, all in the hopes that by the time the student graduates they’ll be prepared to navigate four years of undergraduate education.

Yet, not every high school senior who might be ready and able to go to college ends up enrolling. Some don’t even apply.

Bruce Sacerdote and Scott Carrell wanted to know why... and what might be done about it.

“Scott Carrell and I were asking ourselves whether there was something relatively low cost that would have a real impact,” Sacerdote said in an interview with the AEA. “Maybe there’s lots of kids who are college ready. Maybe this college ready phrase is more fluid.”

In a paper that appears in the July issue of the American Economic Journal: Applied Economics, Sacerdote and Carrell explore strategies for helping promising students get past the barriers that would prevent them from applying to college.

The issue is of immense concern for US educational policymakers worried about plateauing college graduation rates. Once a world leader in the fraction of 25-64 year olds who have completed four years of college, the United States has seen its lead slipping, according to the OECD. The issue is an economic concern as well, Sacerdote said, as boosting the number of college educated people will ultimately lead to a more productive workforce.

Slipping behind
The United States used to be a global leader in the percentage of 25-64 year olds who had 4-year college degrees. But it has since lost its top spot. Below is the graduation rate of adult men and women with "tertiary" level of education, which includes advanced degrees. 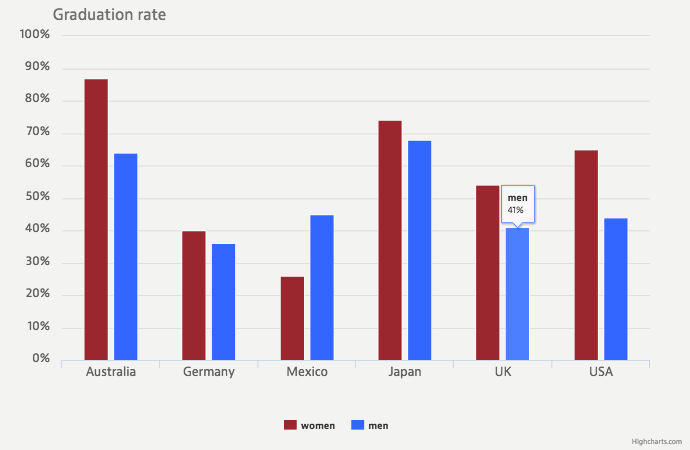 “The best way to help Americans is to have GDP growing,” he said. “To me, domestically, it’s the problem. It’s a huge thing to think about in addition to fixing Social Security and Medicare.”

The assumption among many educators, however, is that by the time a child reaches their senior year of high school, there’s little to be done. Students have already decided whether to attend college or not and no amount of coaxing is going to change their minds.

Sacerdote and Carrell, however, found that something can be done.

They targeted seniors at 20 New Hampshire high schools who were on “the bubble”; they maybe had the grades to go to college but for one reason or another — lack of initiative, short of funds, little parental support at home — were unlikely to enroll without an extra push.

They sorted those students into separate groups that were offered various incentives to apply to college. Some of the kids were given $100 cash if they completed the application process. Others agreed to have their transcripts sent out to nearby community colleges and universities, and those who met the school’s standards would receive encouraging letters and emails from admissions officers. Students in a third group were paired with a college-aged mentor.

Dartmouth undergraduates met personally with those seniors and walked them through the process of applying. In addition, the application fees were covered and the senior received the $100 reward for completing the process.

The first two incentives had barely any impact. The mentors had a significant one.

Being assigned a mentor boosted the college-going rate by 6 percentage points, according to the study’s results.

But there was a wrinkle — it only worked for women. Men paired with a mentor completed the applications at the same rate, but barely any of them ultimately chose to enroll. Meanwhile, the college enrollment rate for women increased by 15 percentage points.

The authors have some theories about the gender difference, one of which is that the men had access to higher paying job opportunities in the trades that would allow them to earn more in the short term than they could by going to college. (Although there’s plenty of evidence that the tables turn as their careers advance.)

As for why mentoring had a bigger impact than the other incentives, Sacerdote said it was largely about carving out time to complete the application. The cash rewards alone generated some initial buzz, but the kids soon forgot about it. The kids who received encouraging letters from admissions officers may have assumed them to be junk mail and tossed them out. But for the students with mentors, unless they took active steps to leave the program, the application was going to get finished.

There are still some unanswered questions about whether these programs are effective not only in boosting enrollment, but ensuring those same students finish their college education. The paper offered some encouraging findings — the mentored kids did not have any higher or lower dropout rates in college than their peers who enrolled on their own.

The broader lesson, Sacerdote said, is that even in a high school student’s final year, their postgraduate path is not certain.

“I think ultimately, when you get things that are relatively complicated to navigate, whether it’s doing your taxes or college application or figuring out which 35 credits I need to graduate, then having a person to help you navigate (is important),” he said. “It’s not that this stuff is set in stone and determined by deep economic parameters.”

Why Do College-Going Interventions Work? appears in the July issue of the American Economic Journal: Applied Economics.