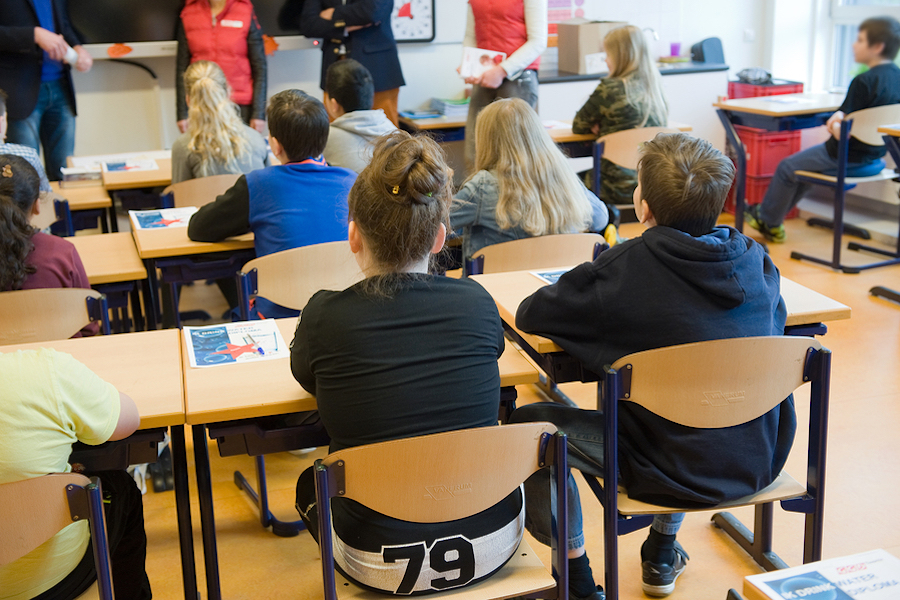 The Netherlands is among the countries with a large-scale school voucher program.

America’s public schools are facing a crisis and many policymakers want to use rules of the marketplace to fix them.

They want to take public funds away from failing institutions and give them, in the form of a voucher, to parents, who can use it to enroll their kids in the best schools. The most competitive schools will thrive and the weakest will disappear.

But more than a half-century after Milton Friedman proposed the idea, school vouchers remain controversial. Detractors say they lead to even greater educational disparity, allowing schools to cherry pick the wealthiest and highest performing students while disadvantaged kids get left behind.

In the June issue of the Journal of Economic Literature, Dennis Epple and his co-authors Richard Romano and Miguel Urquiola take a look at the research on school vouchers. They say the evidence about the impact vouchers have on student and school performance is far from conclusive.

Epple spoke recently with Chris Fleisher and Diana Schoder of the American Economic Association about Friedman’s original voucher theory, some of the different program designs around the world, and the conundrum that students and their families face when using vouchers to choose a school.

An edited transcript follows and a fuller audio version of the interview can be heard by clicking on the media player below.

AEA: Vouchers are in the news these days, but this idea has been around for many decades. Where did the idea for vouchers come from and what was the original theory?

Dennis Epple: The idea came from Milton Friedman. He advocated vouchers as a way to bring in more competition into education with the idea that this market-like mechanism would encourage more effective provision of education. There had been some instances of government support of private schools but I don't think it was driven by the kind of logic that Milton Friedman was proposing.

AEA: The discussion has evolved since then. I was wondering if you could lay out the arguments for and against vouchers.

Epple: It is an area of hot debate. The pro-case for vouchers is still largely the elements that Friedman laid out. I think voucher supporters now would amend some of the aspects of the proposal that Milton Friedman made based on experience with vouchers. For example, Friedman believed that parents would be well-informed and sophisticated in their choice of schools. I think that that and some other features of vouchers programs now would lead advocates to propose changes in the design. AEA: What do some of the detractors say?

Epple: One of the concerns is with “cream skimming.” There is a tendency for private schools to skim off the more affluent and the more able students and leave the more disadvantaged and less well-prepared students in the public schools.

AEA: Cream skimming is just one concern. What are some other concerns with vouchers?

Epple: One of the issues is the question of whether parents are well-informed about the opportunities available to the students. Another concern is that there are differences in the costs of educating different groups of students. If the voucher is not adequate, then good private schools may choose not to be involved.

AEA: What does the research say about the direct effects on the students who receive vouchers?

Epple: What has been found in the earlier voucher programs in the US is very little effect on achievement. However, in three recent studies, the students who had been enrolled in these early experiments were found to graduate in higher proportions. And in one study, to apply to college and attend a higher proportion. So, some beneficial effects on completion, but no significant effects on achievement.

Now, there are some more recent programs where the achievement effects have actually been negative.

Epple: Public schools actually improve where there are threats of losing students to the vouchers schools. ...The evidence is very consistent in a lot of the analyses that have been done that there is some gain to the students who remain in the public schools.

The evidence that we have now certainly doesn't argue for widespread adoption of voucher programs.

AEA: Is there any evidence that the cream skimming hurts these students?

Epple: The evidence about cream skimming is actually stronger in programs in other countries. The Chilean voucher program is one that fits the original universal flat rate. It's closer to (Friedman’s) original vision of vouchers than any programs that we've had in the U.S. And the evidence there is that there was cream skimming and that the private schools did draw the more able students from the public schools, and there is certainly not evidence of it being beneficial to those students.

AEA: Do you think that there's enough evidence to say definitively if vouchers are a good idea or a bad idea?

Epple: The evidence that we have now certainly doesn't argue for widespread adoption of voucher programs. I think that some of the findings that we've seen, for example, the improved graduation, improved college attendance... there are some positive aspects. On the other hand, there are now some evidence of negative achievement effects for some recent programs, so I think we do need continued experimentation.

School Vouchers: A Survey of the Economics Literature appears in the June issue of the Journal of Economic Literature. Music in the audio interview is by Podington Bear.

A new way to measure the impact of charter schools