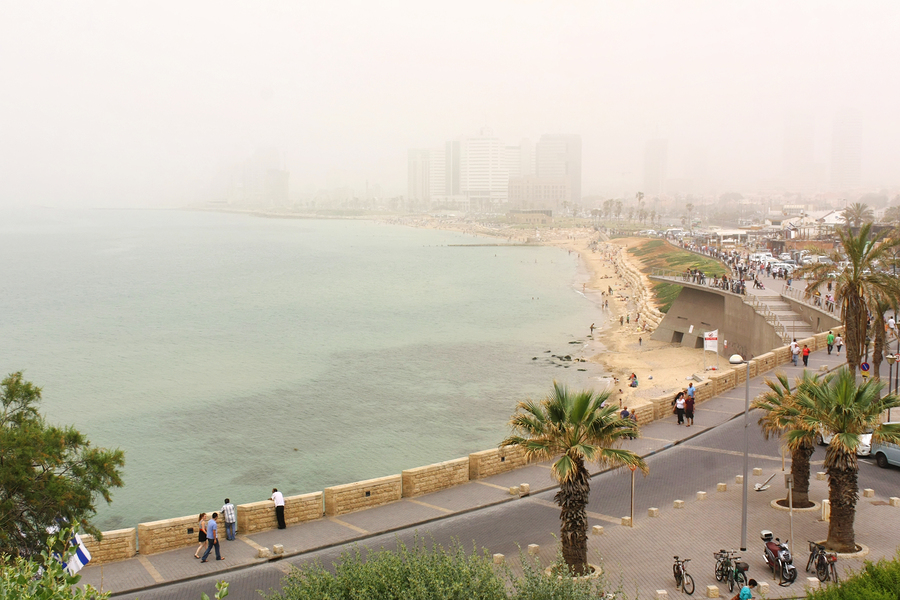 Sand storms like this one in Tel Aviv in April 2013 can cause dramatic swings in air quality and have severe consequences for students who take high-stakes exams when pollution levels are high.

The day you took your college entrance exam may have begun with a healthy breakfast to feed your tired brain.

You spent months preparing, but had gone to bed early the night before and were freshly rested. Comfortable clothes? Check. Pencils sharpened? Check. Calculator? Check. You even had extra batteries.

Unfortunately, the advantages gained from these extra precautions may have been cancelled out if you were unlucky enough to take the test when the air outside was dirty.

A study published in the October issue of American Economic Journal: Applied Economics says that air pollution can significantly impact students’ performance on high-stakes tests and consequently has long-term effects on their educations and careers.

The findings underscore concerns about using high-stakes tests like the SAT or ACT to determine college placements, and pose serious questions for education policy at a time when many universities are beginning to drop the tests as an admissions requirement.

Authors Avraham Ebenstein, Victor Lavy, and Sefi Roth looked at data from the Bagrut, the exit exam used in Israeli high schools, and found that high rates of air pollution on the day of an exam had a direct impact on how well a student scored.

“It is likely that some students are materially affected by their good or bad luck by having or not having an extreme pollution event occur on the date of a Bagrut exam,” the authors wrote.

The Bagrut is central to determining whether a college will accept a student, acting as a gatekeeper for the most selective schools, and it can influence the course of study that a student is able to pursue. Many highly competitive and lucrative professional programs, such as law and medicine, require minimum scores on the Bagrut for admission.

And so, a single smoggy day can have profound consequences on a person’s long-term financial well-being.

The authors looked at the Bagrut exam results for 55,796 students who took the test between 2000 and 2002. Then they tracked the progress of those students, looking at those who completed post-high school education and examining their wages a decade later.

Controlling for certain variables -- like poorer schools, which tend to be lower performing, could also be located in more polluted areas -- the authors still found that all other things being equal, students performed worse on the days in which particulate matter was high.

A 10-point increase in the Air Quality Index, the U.S. standard for measuring particulate matter, not only led to lower test scores, but also was linked to lower enrollment rates in higher education and reduced wages. Indeed, the authors found a 3 percentage point decline in enrollment rates and, by age 28, students’ average earnings dropped by 2.1 percent, or by around $30 per month.

Variation in air pollution
Below is pollution data for Israel and two U.S. cities  representing the range of particulate matter as measured by the Air Quality Index (AQI). An increase of just 10 points in the AQI caused a drop in Israeli students' scores on the Bagrut exam and even had effects a decade later, lowering their monthly wages by $30. 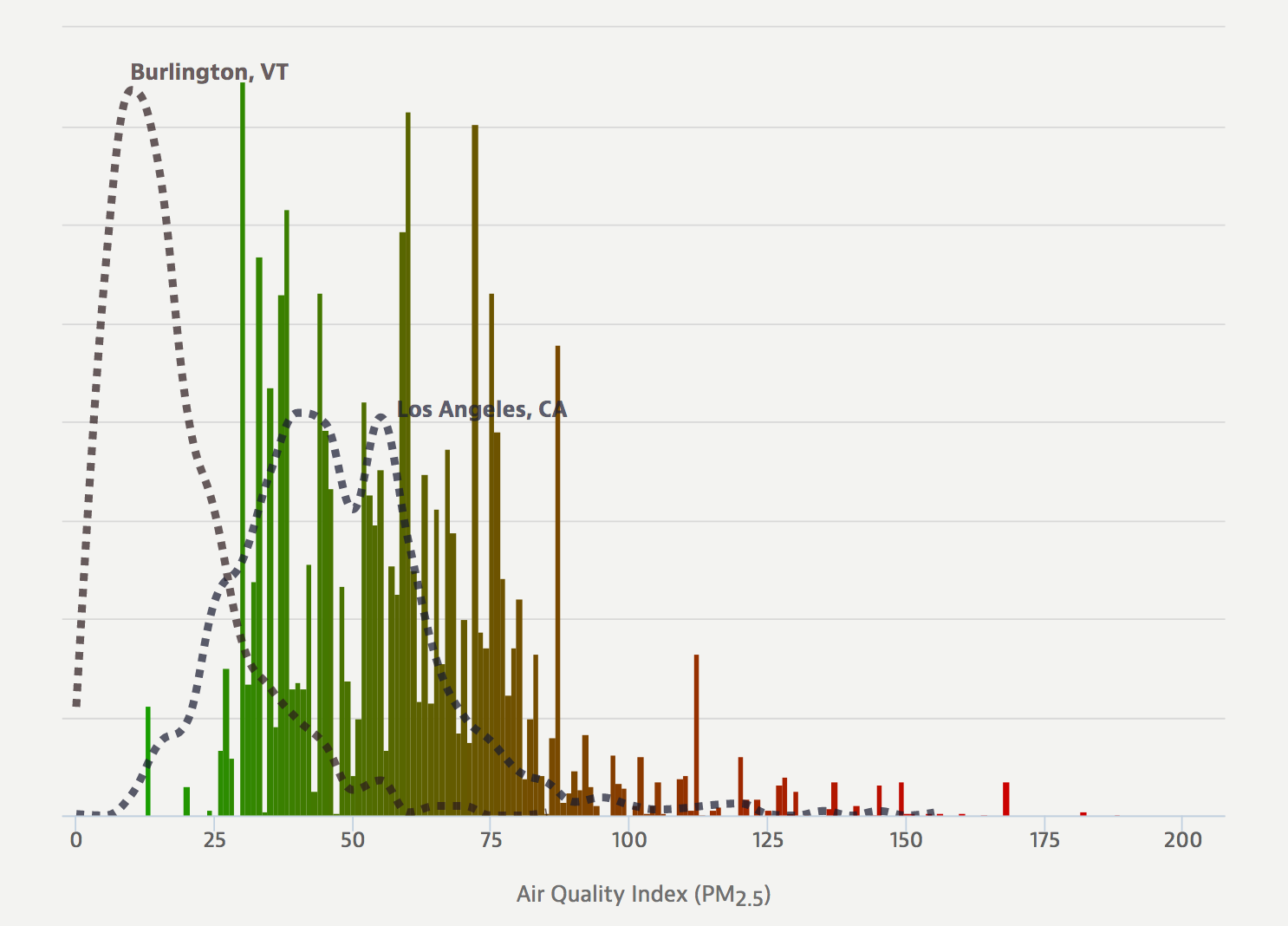 The average pollution levels experienced by the Israeli students studied was 59.74, which is considered “moderate,” although air quality can swing wildly within a single day. On New Year’s Day in Phoenix, for example, a smoggy haze that blanketed the region resulted in a “very unhealthy” AQI of 203, though the skies cleared up a day later as the index plunged to a reading of 59. Arid environments like Phoenix or Israel can be particularly susceptible to dramatic shifts in air quality because of forest fires and sandstorms.

The findings challenge the value that high-stakes tests have for offering an accurate picture of a student’s abilities. They also echo a recent working paper by a Harvard University graduate student that showed the negative impact that weather can have on a student’s performance on the Regents exam in New York. That study determined that students are 12.3 percent more likely to fail an exam when the temperature is 90 degrees than on a 72-degree day.

Some U.S. colleges are beginning to reconsider the requirement for the SAT or ACT exams. This past summer, Columbia University and the all-women’s liberal arts college Barnard dropped the SAT and ACT requirement, a similar step taken by other schools in recent years.

This latest study suggests institutions of higher education have good reason to be wary.

Rather than heap so much importance on a test that can be easily influenced by the weather, schools should look for “more stable measures of student quality,” the authors say.

Otherwise, they could be overlooking talented students who just happened to take the test on a smoggy day.

Why are some schools surprisingly good at producing star math students?